A couple of weeks ago, I wrote about how Brennen is playing Challenger Baseball this summer. Well, it's so good, I'm writing about it again!

This week, local participants of Challenger Baseball were treated to an afternoon of fun at St. Pat's Ballpark. Blue Jays Alumni in attendance were Duane Ward, Lloyd Moseby, Jesse Barfield and Brian McRae.

We had such an awesome time.. I will let the photos speak for themselves! 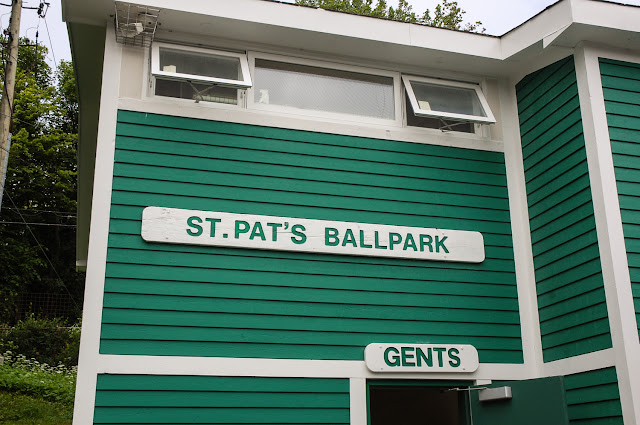 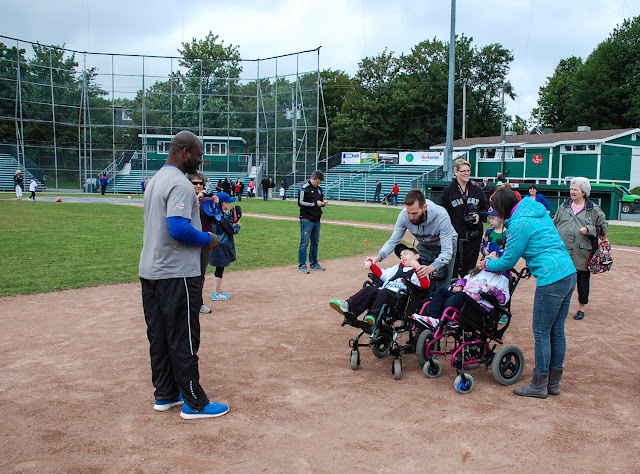 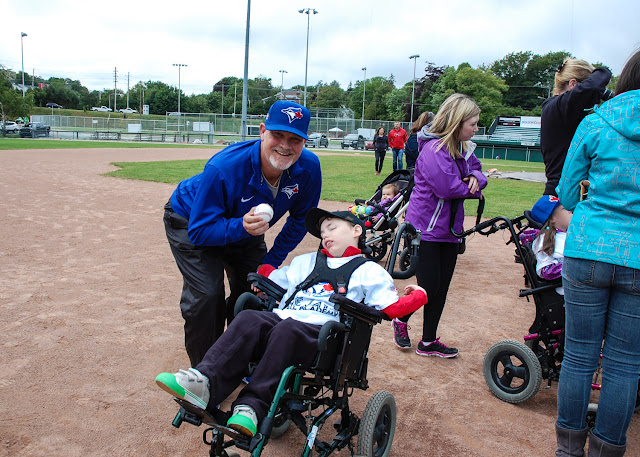 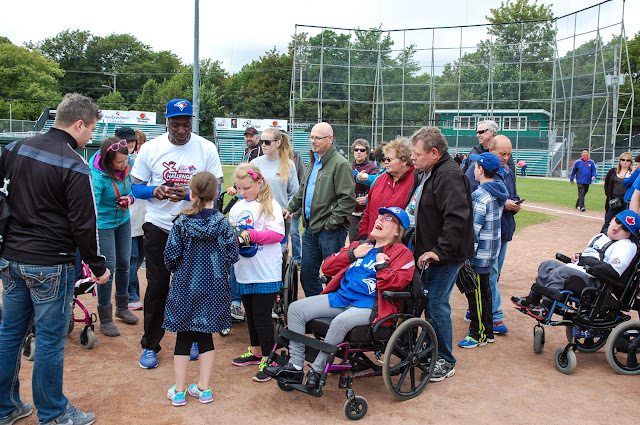 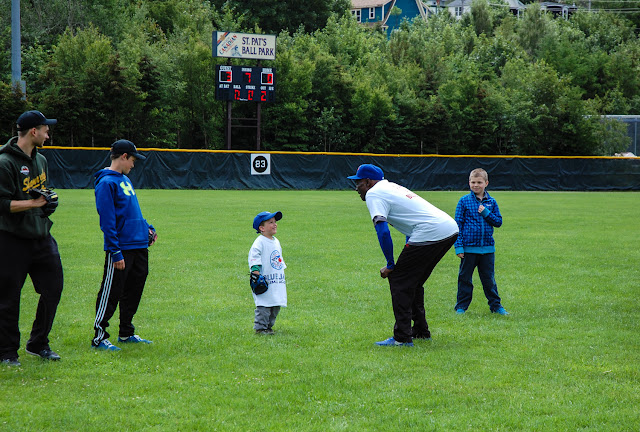 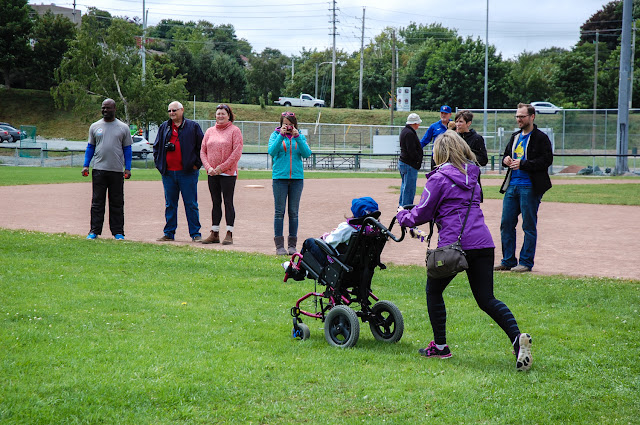 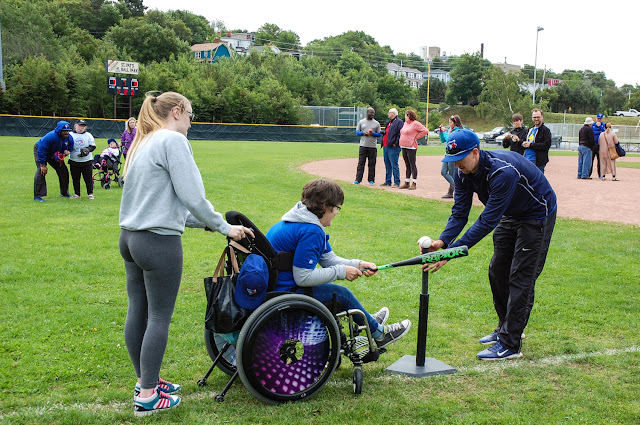 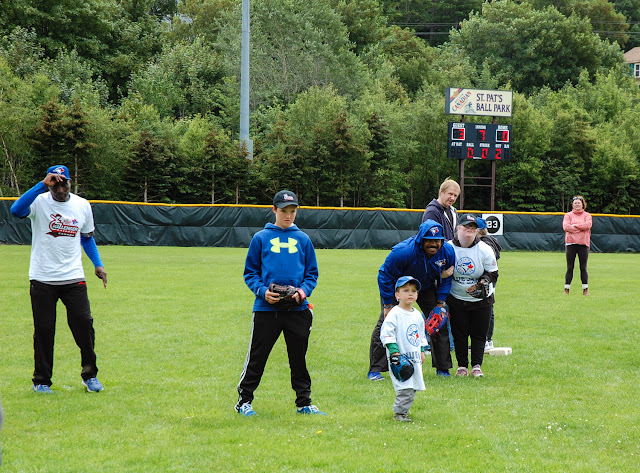 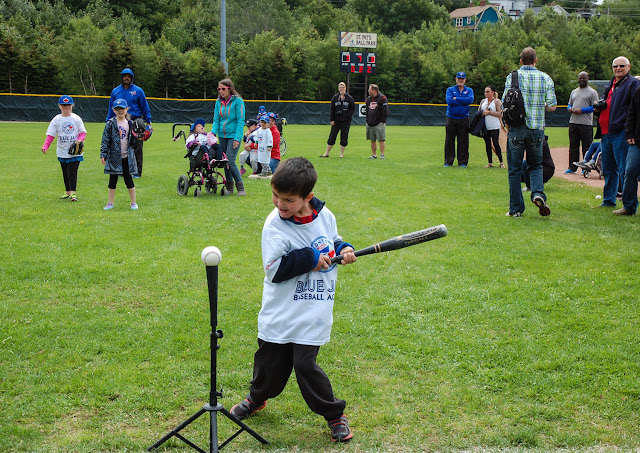 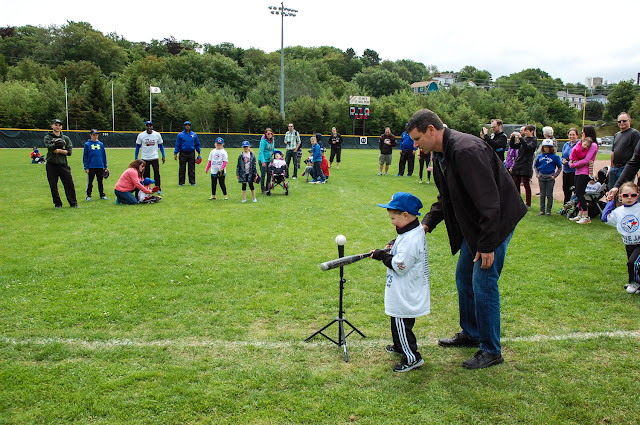 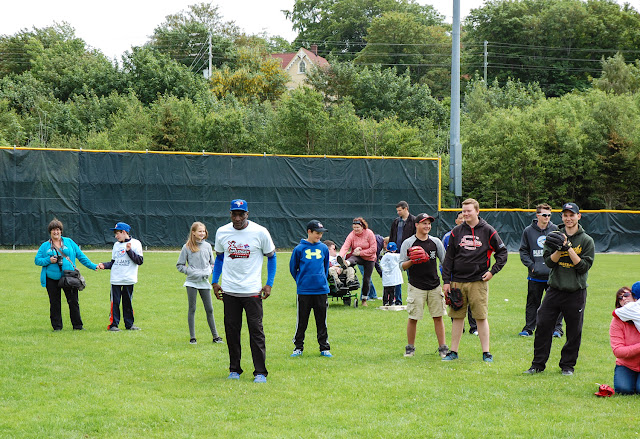 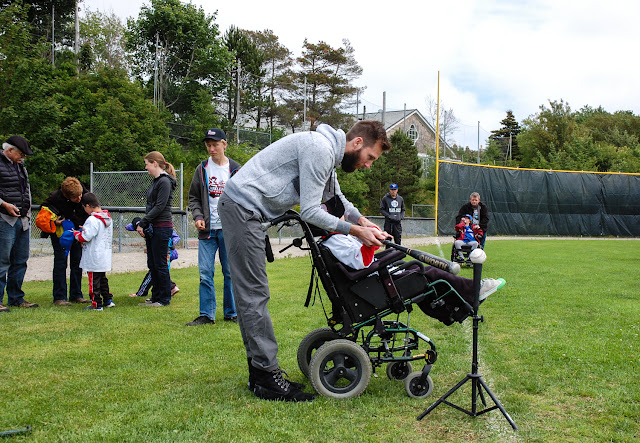 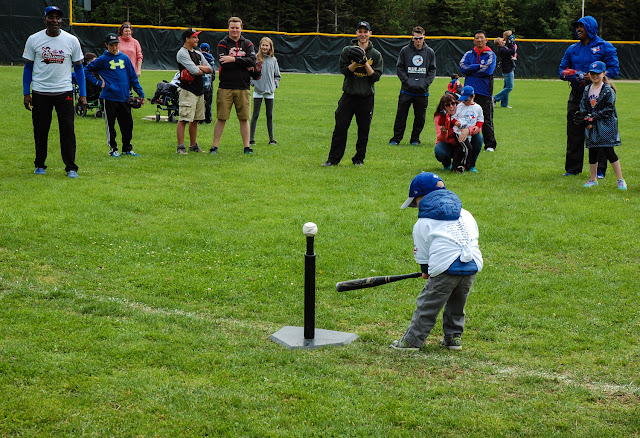 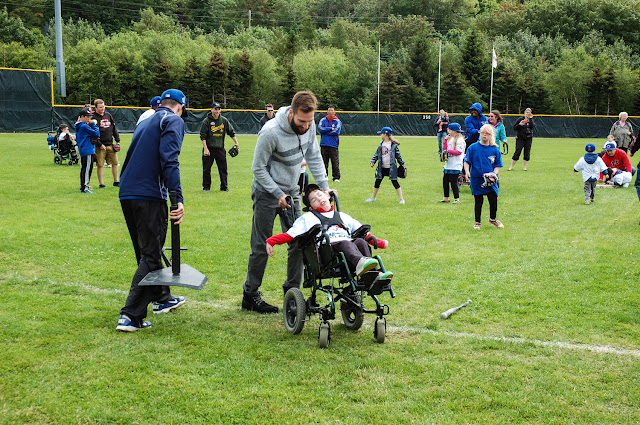 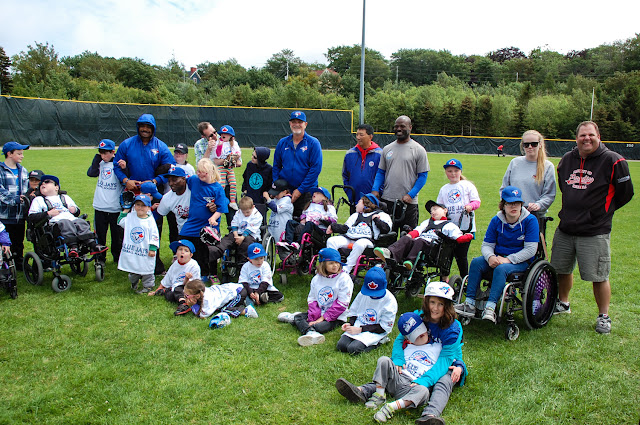 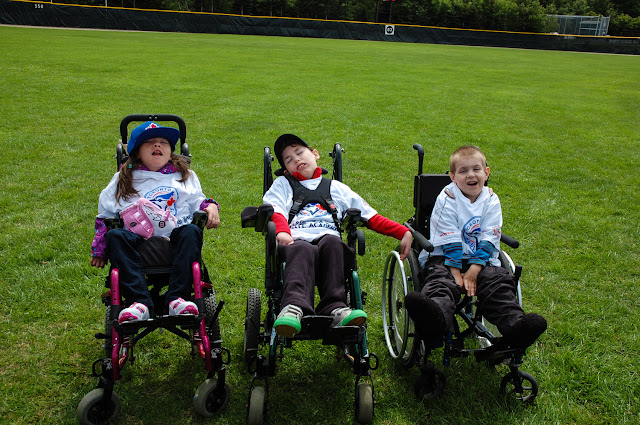 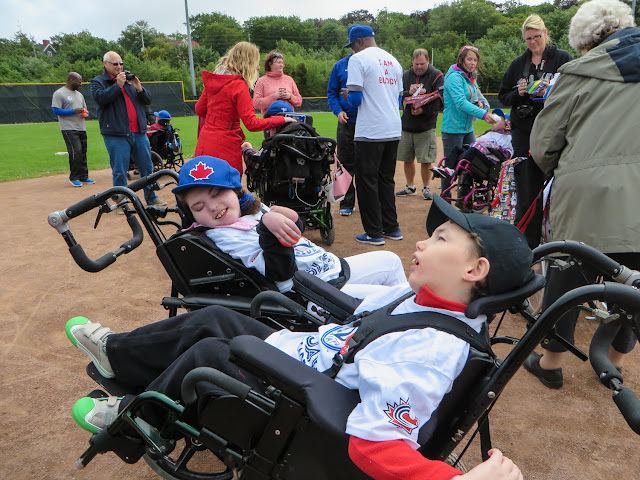 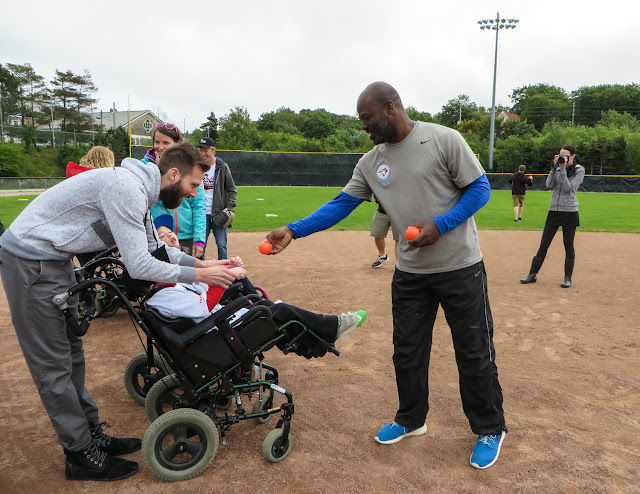 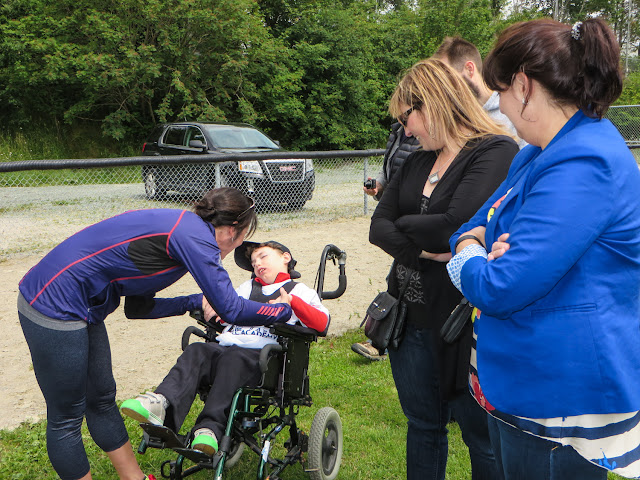 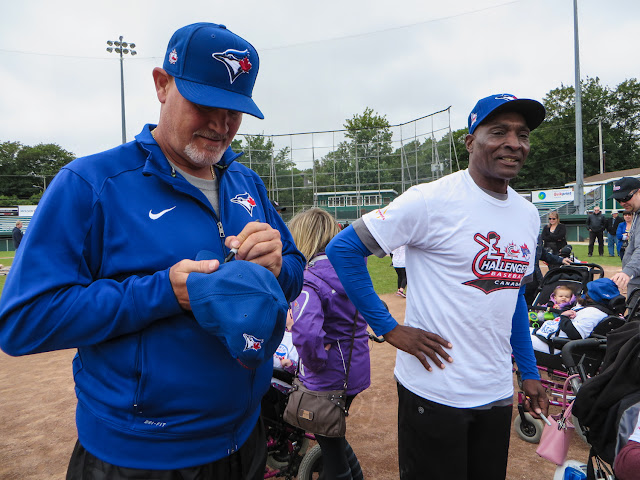 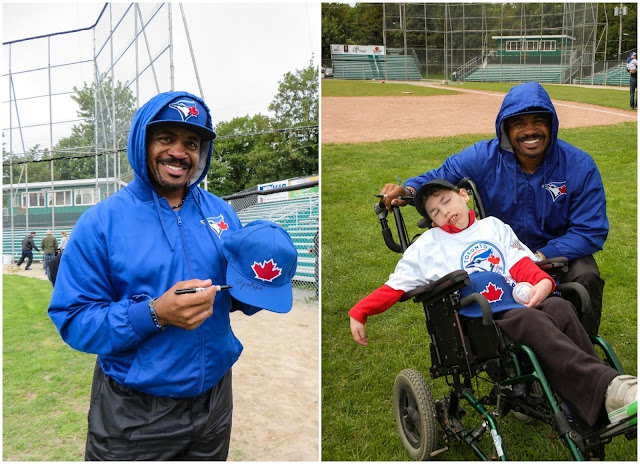 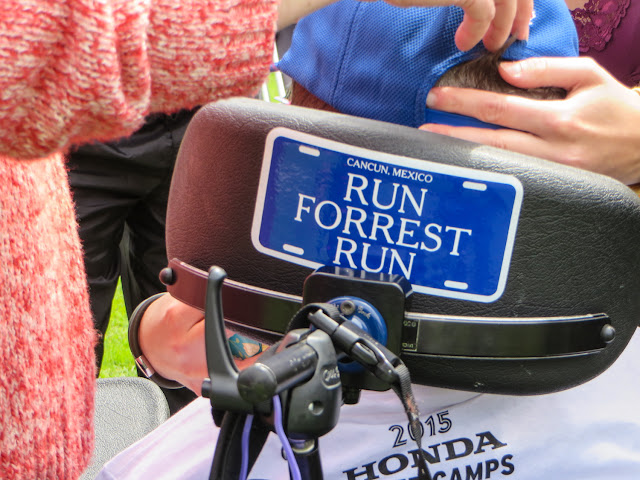 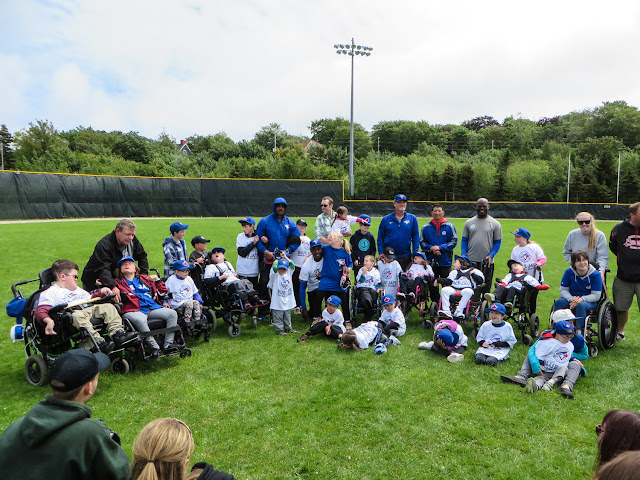 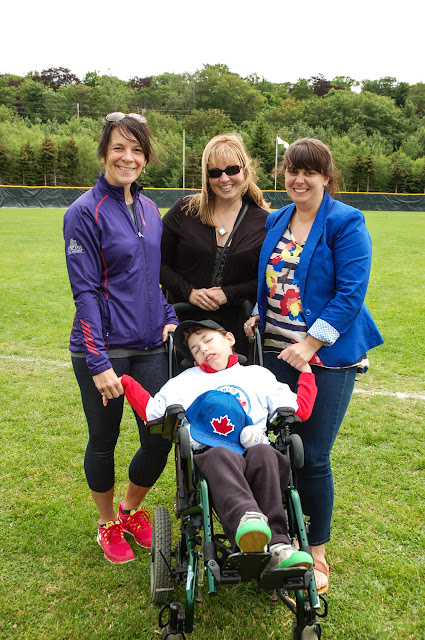 Brennen's teachers came to cheer him on! 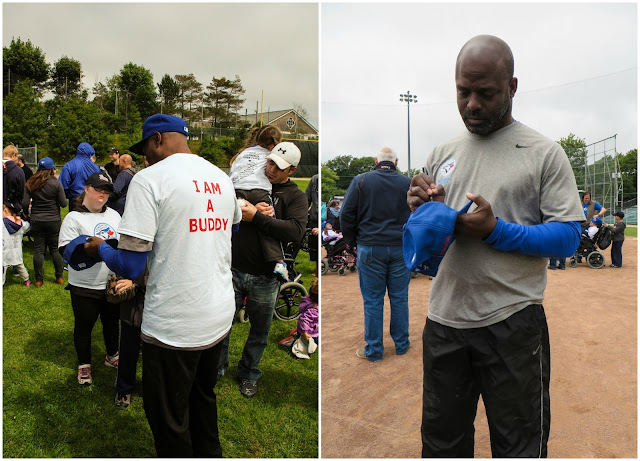 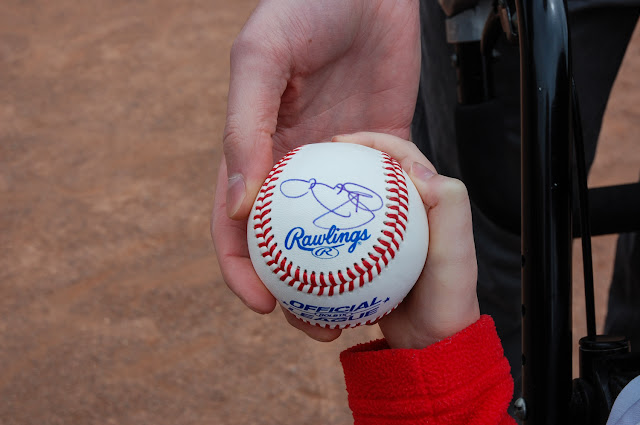 Playing baseball is a joy and a favourite summer pastime for kids of all ages, but for kids with disabilities, that joy can be thought to be impossible. Playing catch with the pros, running the bases, fielding balls, making new friends, wearing a uniform and having fun. We realized that joy, thanks to Challenger Baseball and the Blue Jays Baseball Academy! 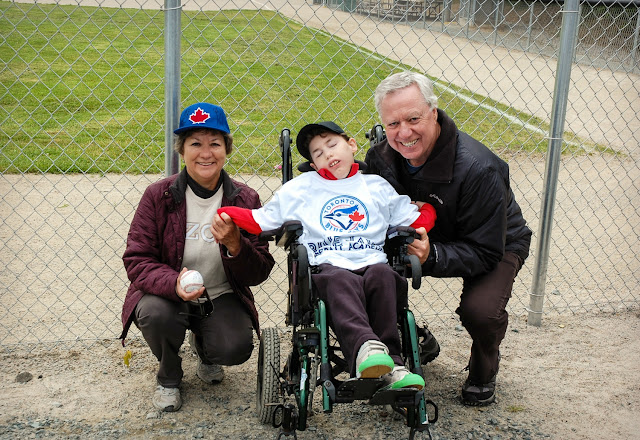 My father was (and still is!) a tremendous athlete. He was voted St. John’s Male Athlete of the Year for 1969, and is a member of the St. John’s Softball Hall of Fame. My Dad was a first baseman who starred both in St. John’s and Gander. "Brian Brocklehurst earned a great deal of respect for his hitting ability, his fine fielding skills, his impressive leadership and his exceptional sportsmanship under all circumstances. He was simply an excellent softballer who was very well liked." During the 12 seasons he played St. John’s Senior Men’s Softball, he compiled a .283 career batting average with 136 hits, 14 home runs and 61 runs batted in. Though it was absolutely a thrill to meet some of the Blue Jays greatest players, I think my Dad got the most enjoyment this week from watching his grandson play on the same field where he practiced as a kid.

Parents (and grandparents) of children with special needs want what all parents want: to give their children chances to learn, to try new things, to discover their interests and test their wings. We want our children to live happy and active lives, full of meaningful experiences. We want to immerse them in life's adventures. Thank you, Challenger Baseball, for helping to expand the world of opportunities for individuals with disabilities. Thank you for supporting our children and creating an environment that both challenges and celebrates them!
Posted by Julie B at 1:01 PM