This past Summer was a rough one for us. On July 25th, Brennen had a pelvic and femoral osteotomy to correct a dislocated hip.

We were prepared for the surgery. We knew it was coming. We had put it off as long as possible, keeping an eye on his left hip, doing x-rays every six months. At first, they called it a "hip at risk". It looked like it was slipping out of place. It stayed that way for several months, would slip a little more, and would hold still for a few more months. On his last set of x-rays, the hip looked to be out even further, so it was clear that it had to be corrected. It was a difficult decision, because it didn't seem to be affecting Brennen. He wasn't having any discomfort, and wasn't showing any signs of distress when his legs were moved and stretched. I found it hard to rationalize putting his little body through such a big surgery and long recovery process, when (outwardly) he seemed fine. It was explained to me that a dislocated hip could affect other parts of his body, ie. his spine and alignment, thereby affecting his internal organs, so it was a clear choice. Do less harm. 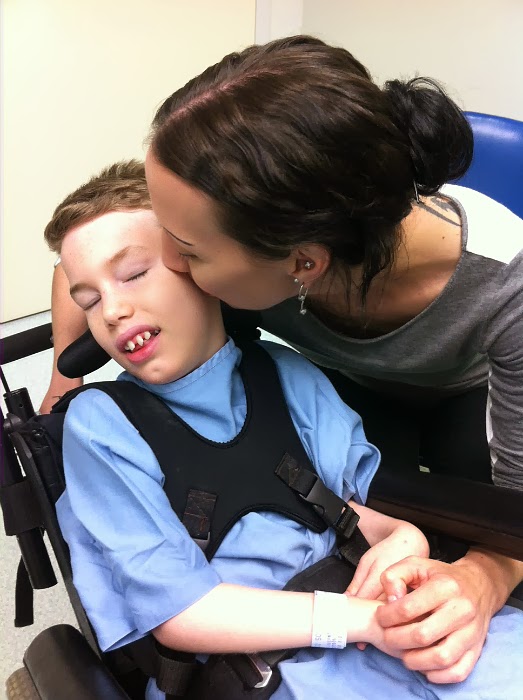 The day of the surgery was a long one. It was delayed by a few hours, so they were late getting started, and the waiting is always the hardest part. Thankfully, we were able to wait in the little family room just outside the PICU, so we had our own space to settle in and get comfortable.
Brennen had a pelvic and femoral osteotomy. If you'd like to read the gory details, you can do so HERE.

When the surgery was complete, Brennen was taken to the PICU, where he was monitored closely.  He was sedated and on a lot of medication for pain, but he seemed to be resting comfortably. 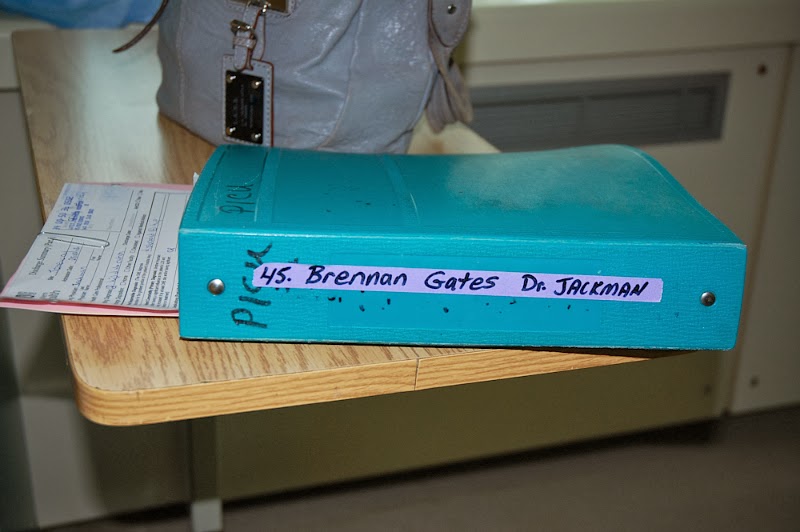 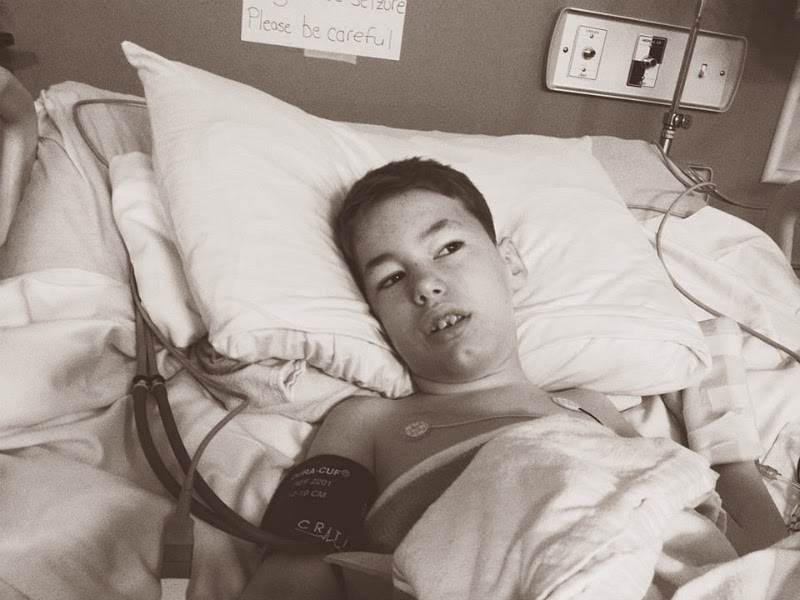 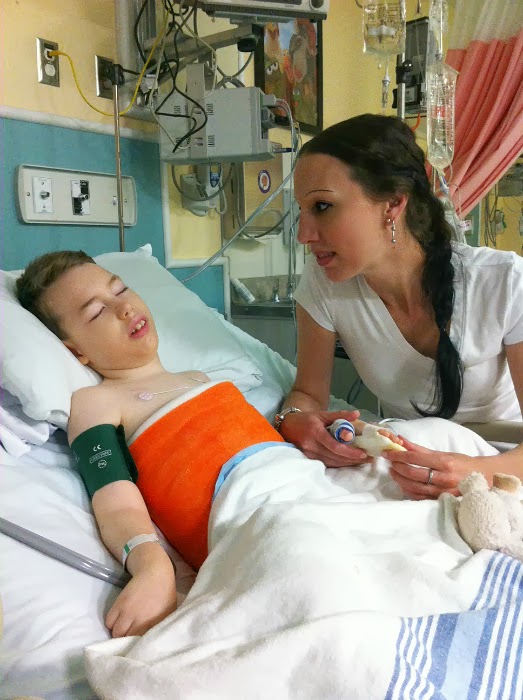 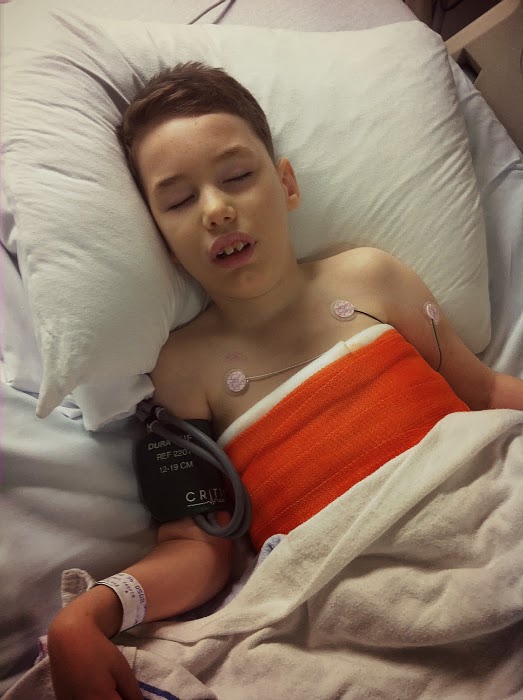 The next day, Brennen was moved out of the ICU and into Constant Care, where we stayed for the next six days.
Brennen was an absolute superstar through the whole process. Look at this smile, just four days post-op! 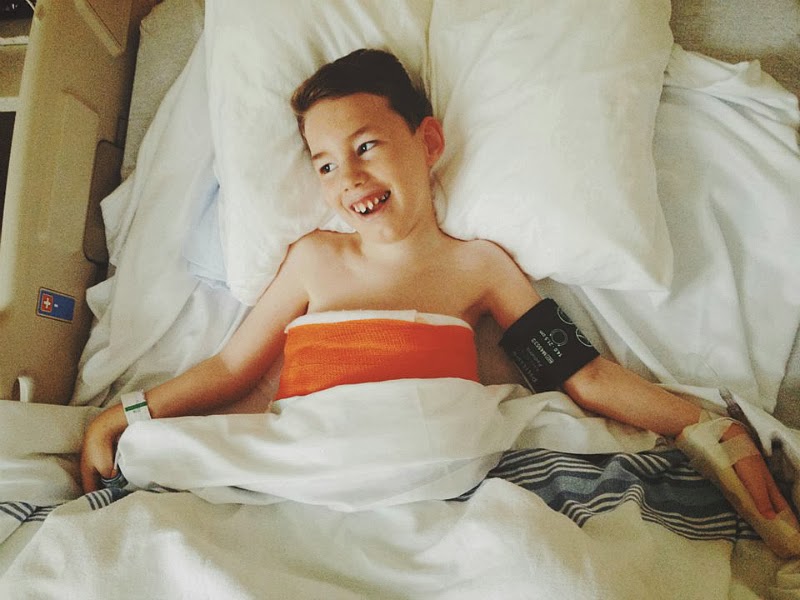 He was in a bright orange hip spica cast, which went from his chest (just under his armpits) down to his toes on one leg, and to his knee on the other. Positioning was going to be an issue! 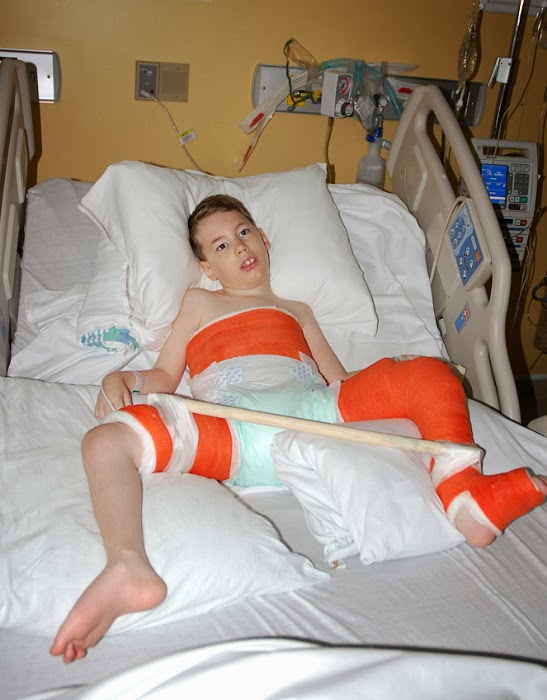 For now, we were able to keep him content and occupied with movies and lots of visitors! 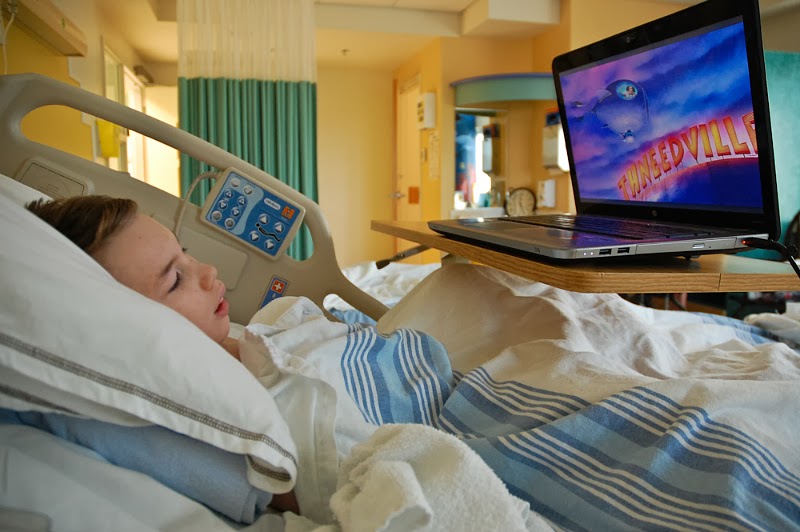 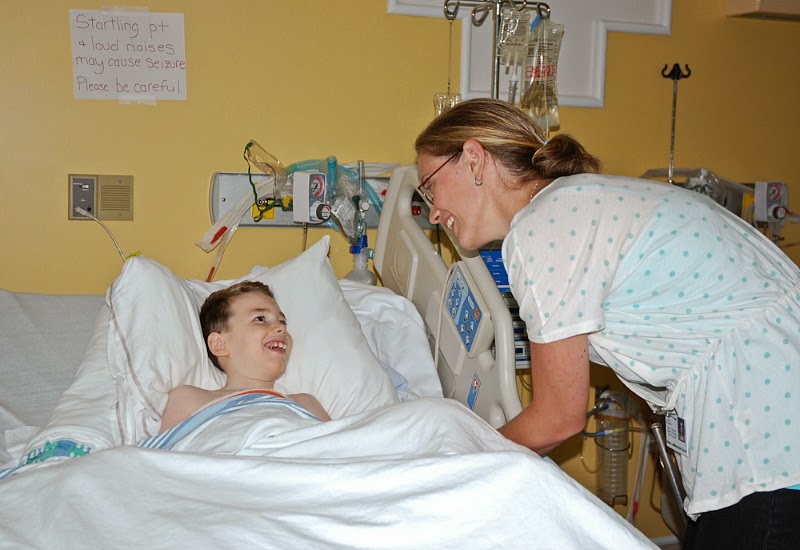 *Note the sign above his bed - "Startling patient and loud noises may cause seizure. Please be careful!"

After a week in the hospital, we were happy to go home. It was going to be a whole new set of challenges trying to adjust to life in a body cast, but we were ready.. and Brennen was awesome! 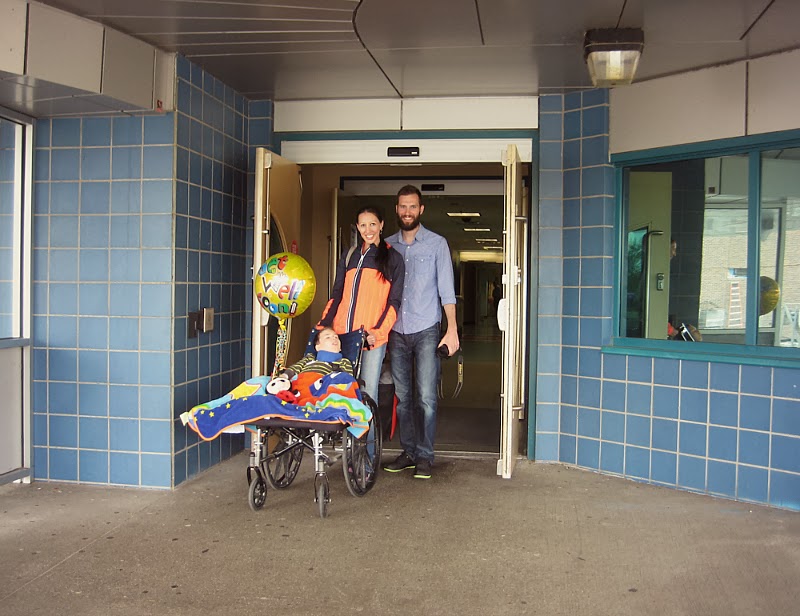 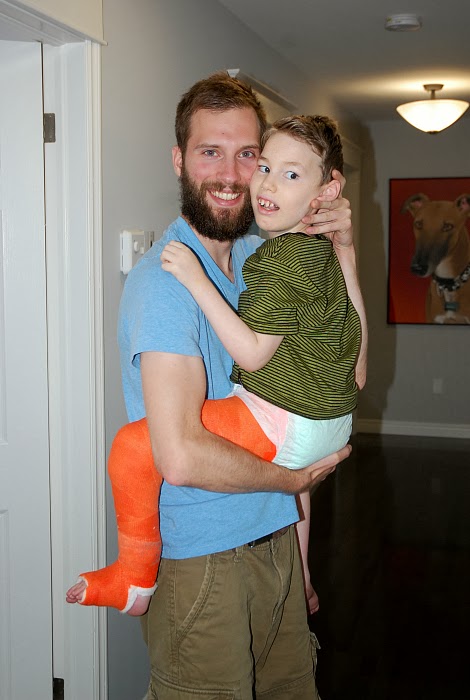 We even got outside a little bit! 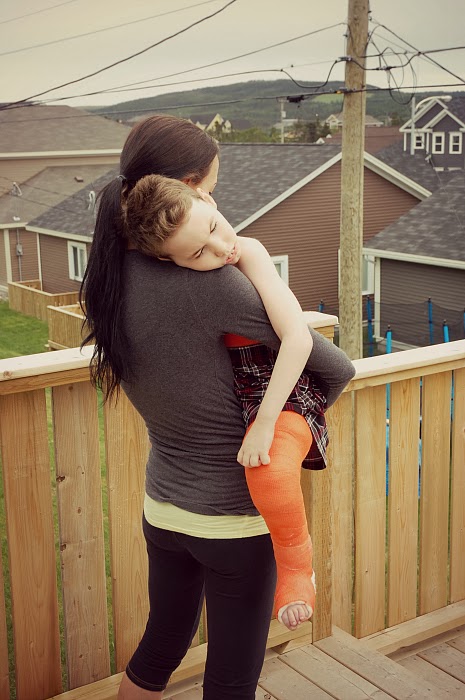 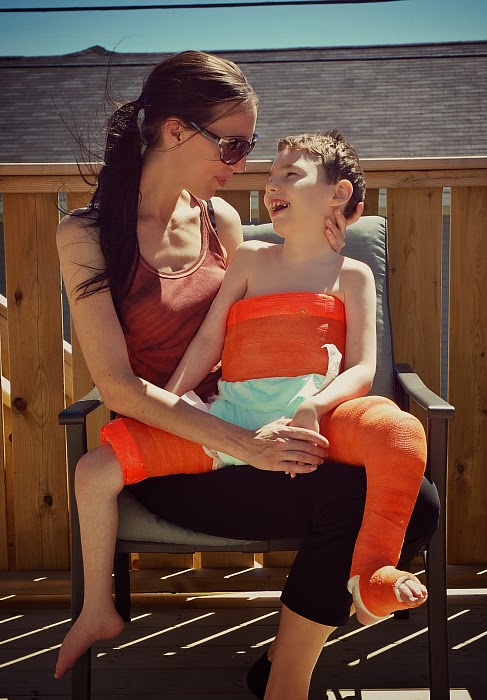 Brennen was so amazing. Seven weeks in a body cast, and he didn't even fuss. He is stronger than I had imagined. We had ourselves prepared for the absolute worst.. muscle spasms, crying, pain, no sleep.. but that was not the case!

I've said it before, and I will say it again.. Brennen is a superstar. I wish I was more like him.

I've posted this today because we know a family with a little one who is preparing to have the same surgery. You guys are strong, and will get through it just as we did. Our children are resilient. They are capable of so much, we just need to give them the opportunity to show us!
Our thoughts are with you guys!  xo