Flight to the North Pole

So, I know it's nearing the end of January and I am still talking about Christmas, but I just have to get this out there. Christmas of 2013 was a special one for us. I mean, they are all special, but this Christmas offered us a little something extra.

Sometime around the middle of December, in the midst of tree-decorating and garland-stringing, I received a phone call asking if I had a little boy who might like to go to the North Pole. WHAT?!!  Did I Ever!! I couldn't believe what I was hearing! I jotted down the details, and burst into tears.

It really touches me when someone else sees Brennen the way that I see him. As a tender, loving, happy soul who wants nothing more than to take it all in, experience all that life can give him, and appreciate every last drop of it. Of course he wanted to go to the North Pole!!

It was to be a short flight on a small plane. Only 17 lucky children, with one parent each were destined to go on this trip of a lifetime. Almost immediately, ideas were bouncing around in my mind. What better gift to give than an experience like this one! I knew right away that we would ask Nanny (my Mom), if she would like to accompany Brennen on this special occasion. It was an easy decision, as much as I would have LOVED to go. I mean, what child doesn't grow up dreaming about the North Pole? My head was full with visions of the man in the red suit settled in by the fire with Mrs. Claus close by, baking cookies and making hot chocolate. Reindeer outside, covered in gently falling snow. It is the stuff that dreams are made of, and this was to be a dream come true!

We printed tickets, one for Brennen and one for Nanny. I knew that when we arrived at the airport, they would be given proper boarding passes, but I wanted something tangible that I could wrap up and present to her ahead of time. I found the perfect card to place them in, and we headed over to deliver our first gift of the season. It played out even better than I had imagined! There were hugs and tears, and exclamations of disbelief. She was over the moon, and I was full with love and excitement for what was about to happen!

On the big day, we were to arrive at the airport at 6:00am for check-in. We were greeted by the smiling faces of friendly elves at the ticket counter, and then joined the small group of children and adults who were there for the same reason we were. It was a surreal feeling. The atmosphere was thick with nervous excitement, everyone a little unsure of what exactly was about to happen. 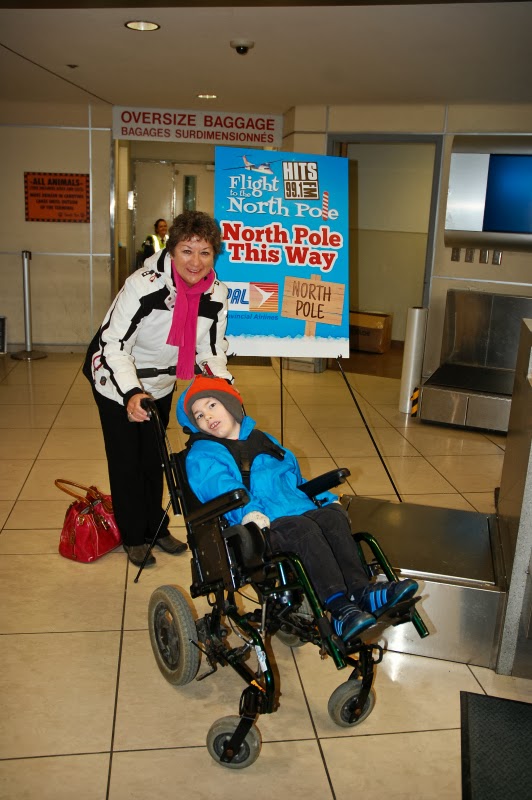 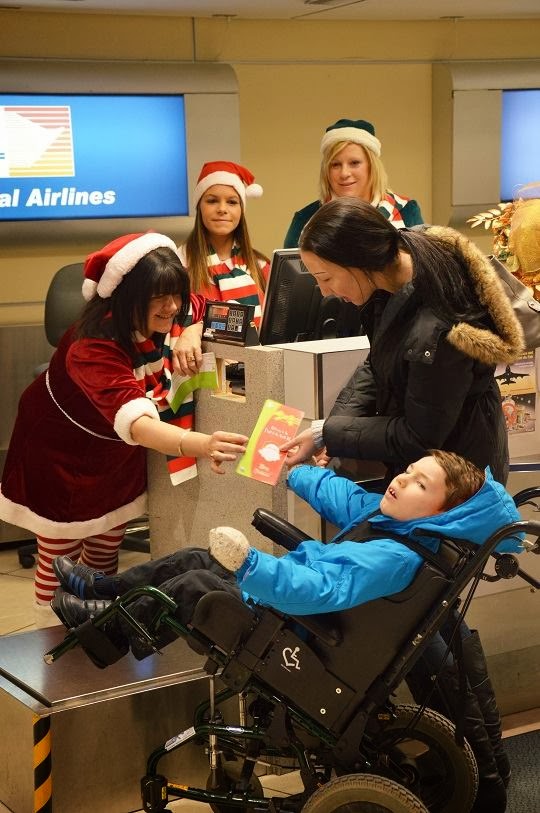 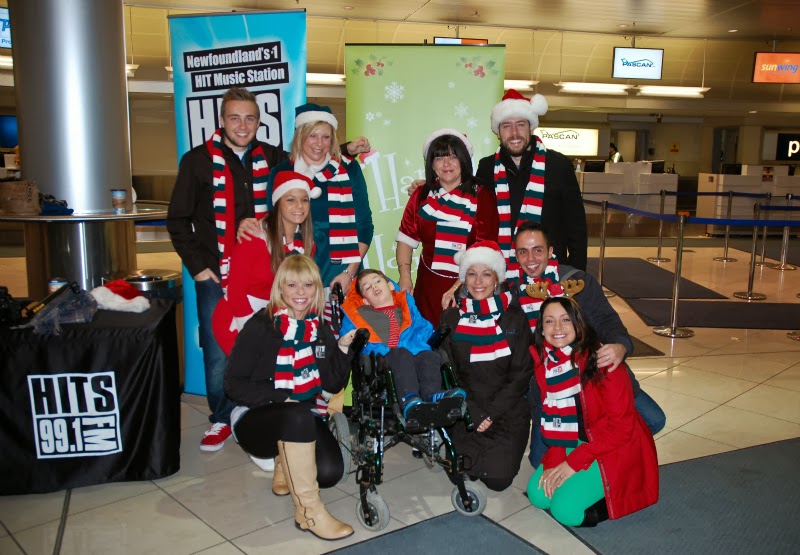 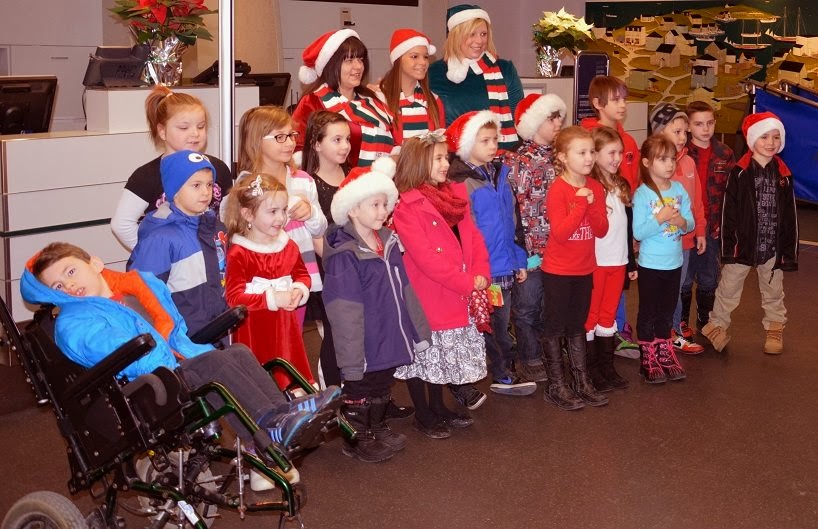 Everyone was super pumped and happy! From the Provincial Airlines staff, to the Hits FM crew, everybody involved in making this dream a reality went above and beyond to ensure that everything went smoothly and that these children had the time of their lives! It was magical. More so than I ever could have imagined. The effort that was put into pulling something like this off is truly what the spirit of Christmas is all about. These children believed that they were going to the North Pole to meet Santa. It was real for them.

Andrew and I were allowed to go through security and board the plane to ensure that Brennen was safely and properly secured in his seat. We then joined my Dad in the observation deck, where we watched the tiny airplane take off and land, and take off and land again! 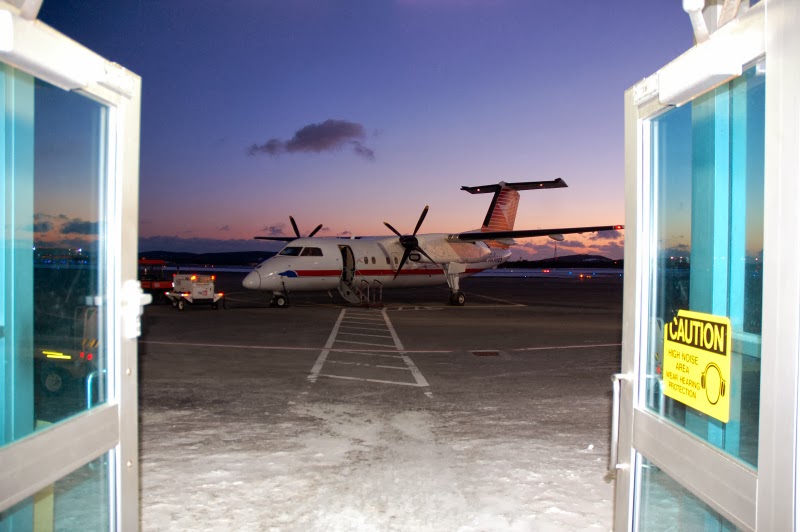 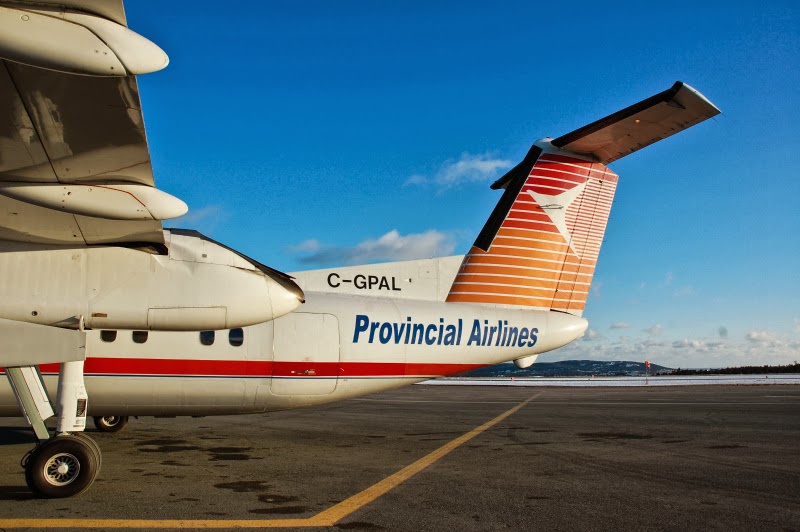 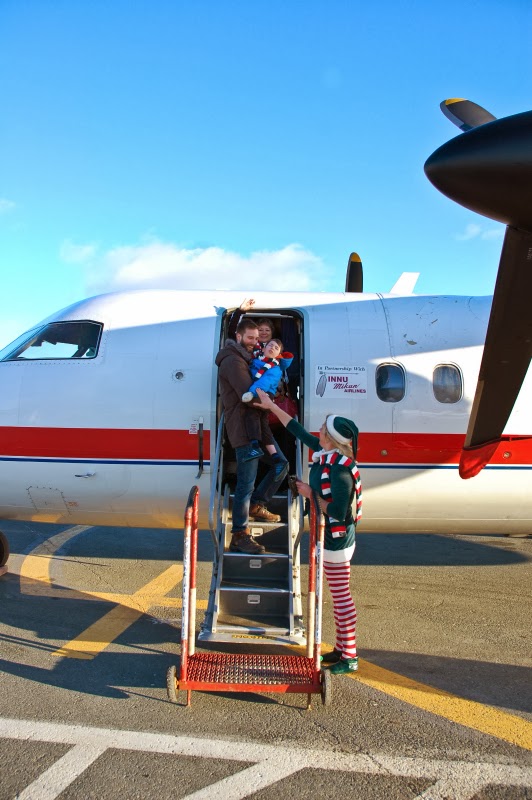 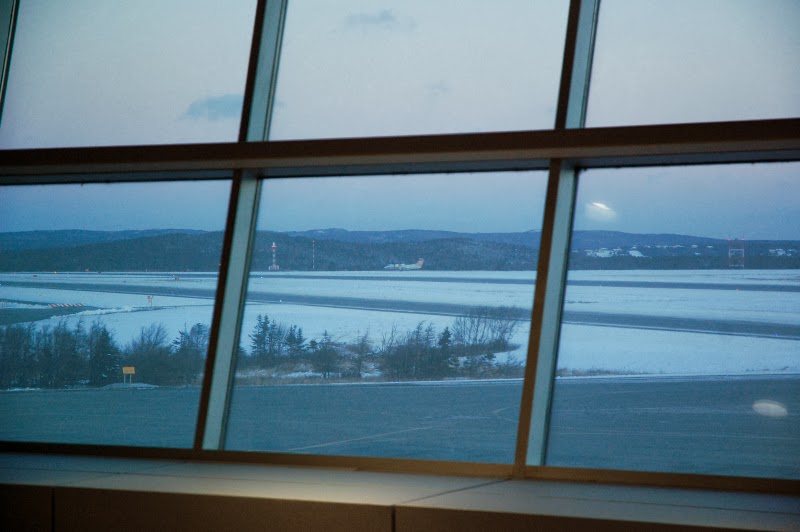 We could only imagine what was going on inside of the cabin. The squeals of excited children when Santa climbed on board, covered in snow fresh from the North Pole. The sounds of the reindeer outside, hooves beating on the sides of the plane, and the light of Rudolph's red nose shining in through the windows. The looks of wonder and amazement as Santa called each child by name and presented them with a personal gift that they had asked for in letters written to him. 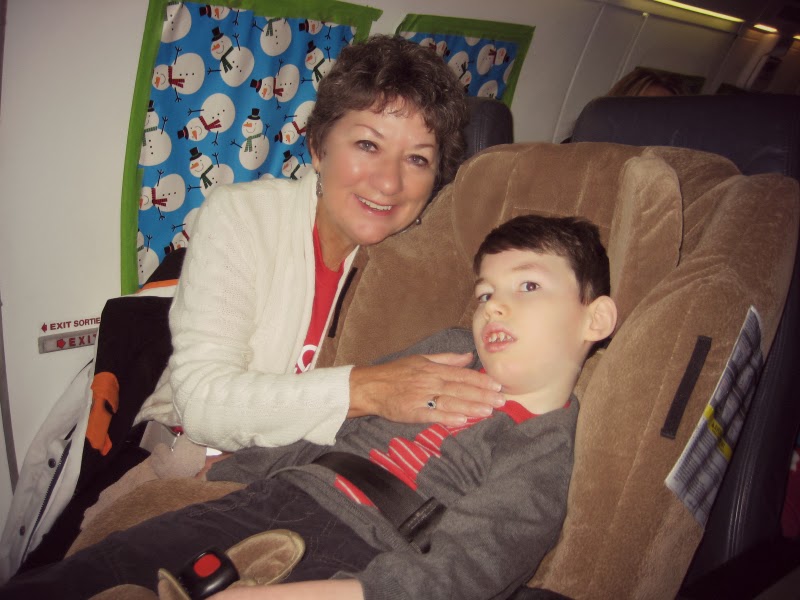 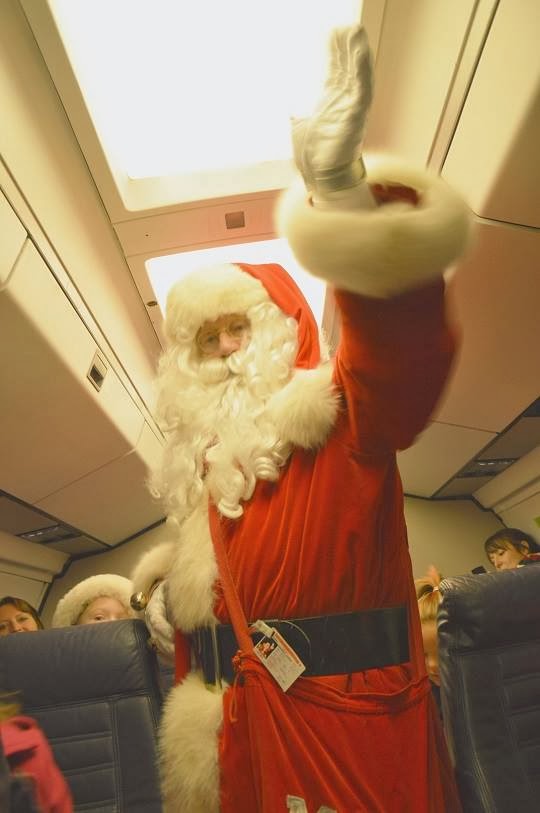 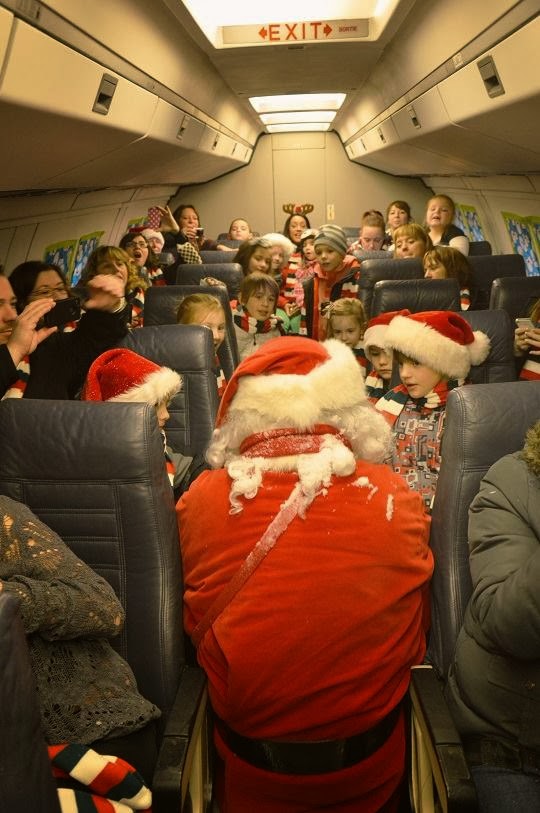 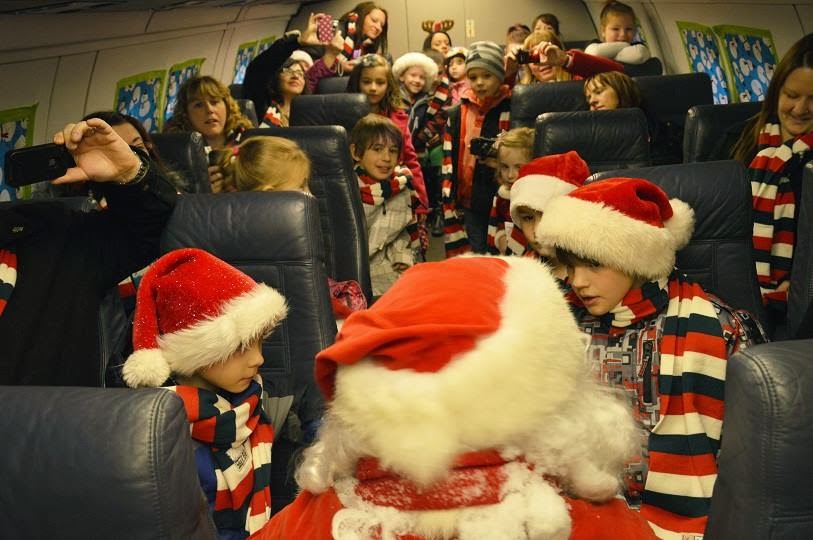 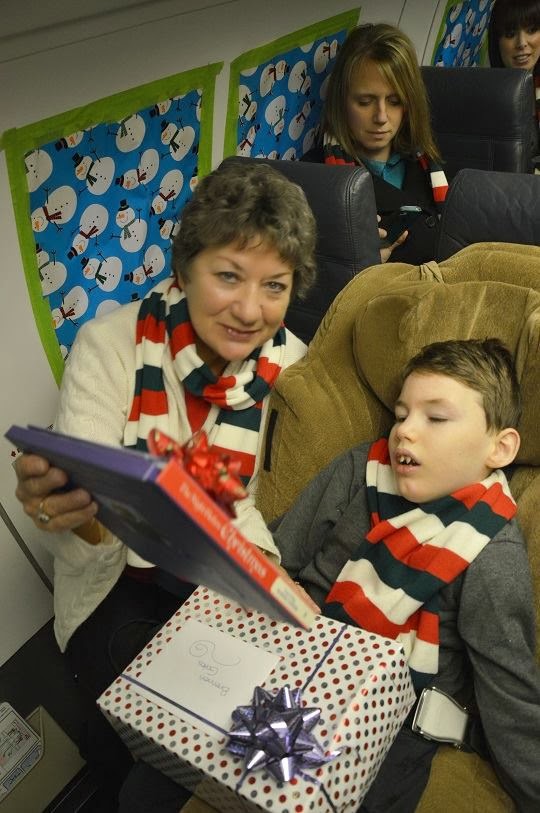 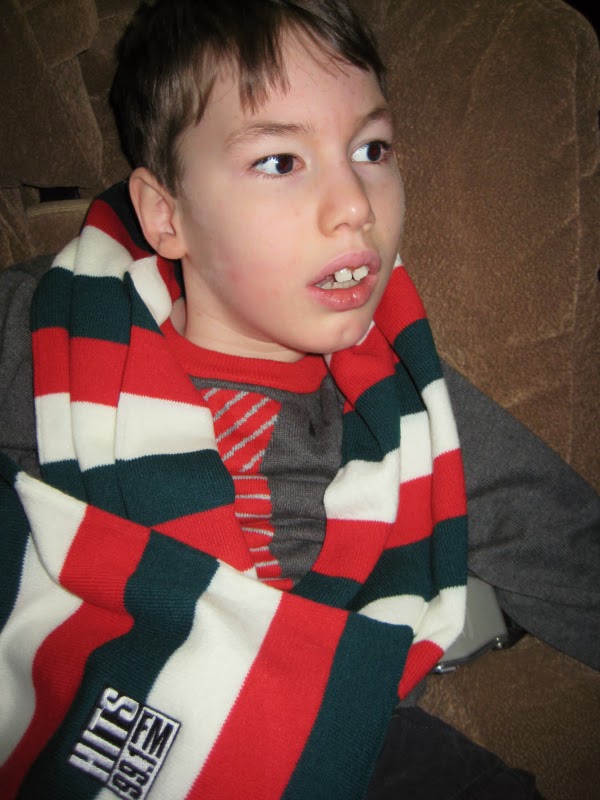 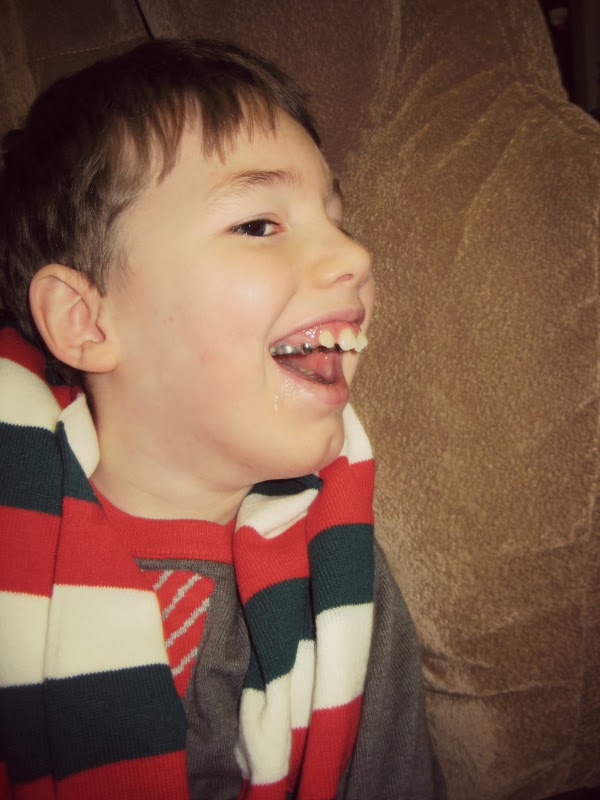 When their visit was complete and the flight had landed safely back in St. John's, the children were treated to a warm reception and celebration. Christmas carols were sung, and breakfast was served.  Each child was excited to tell their waiting loved ones all about their visit with Santa. 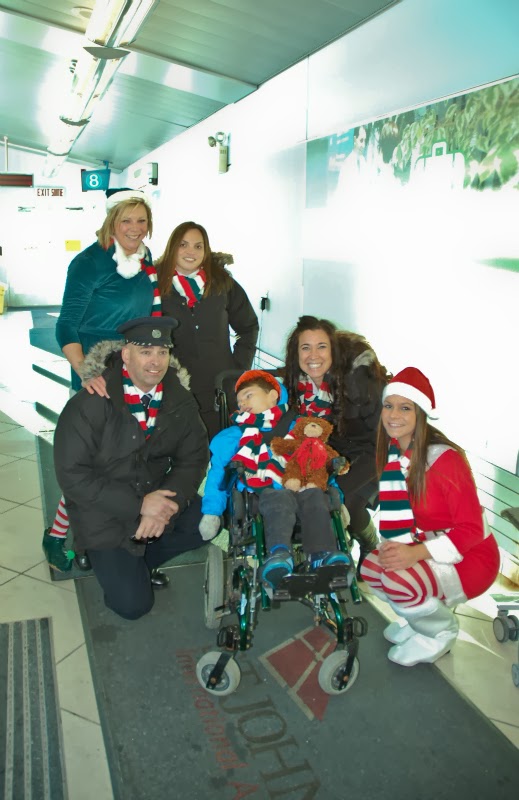 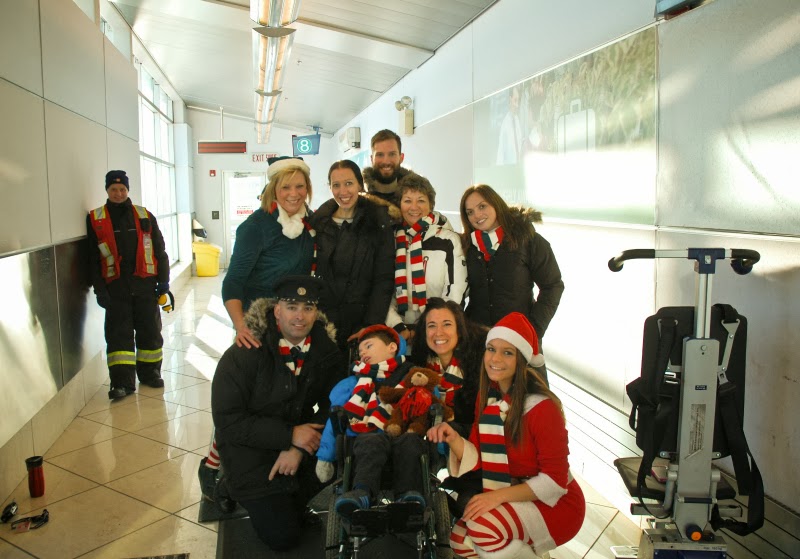 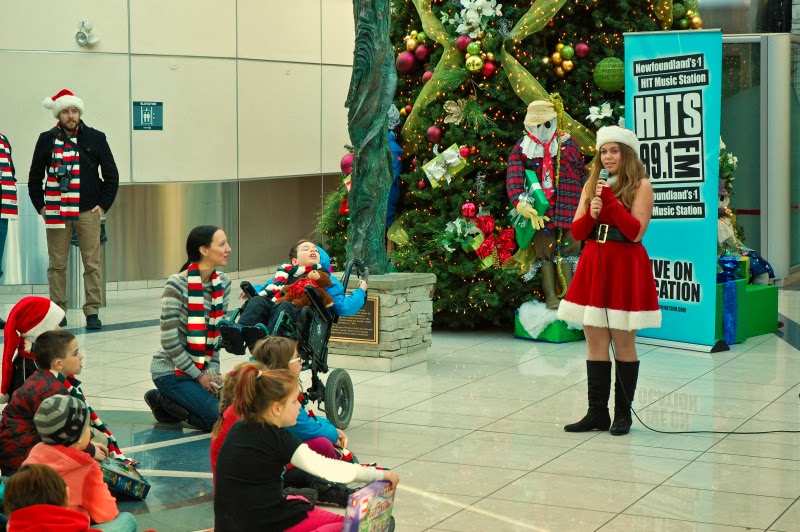 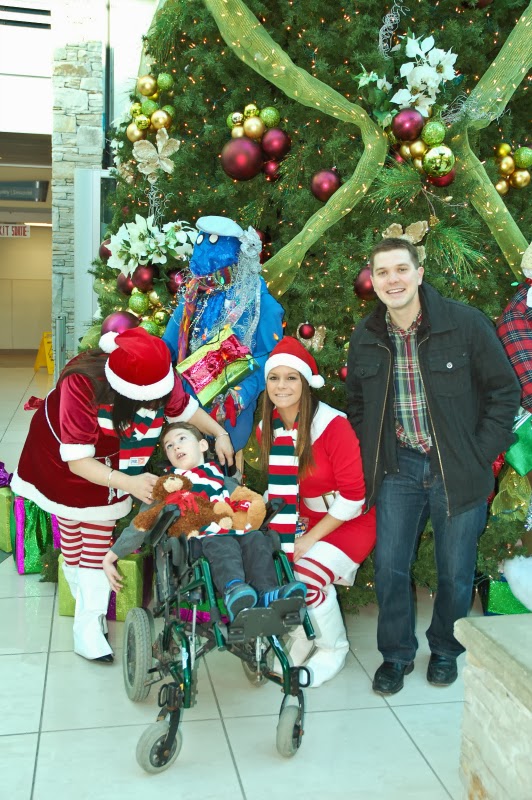 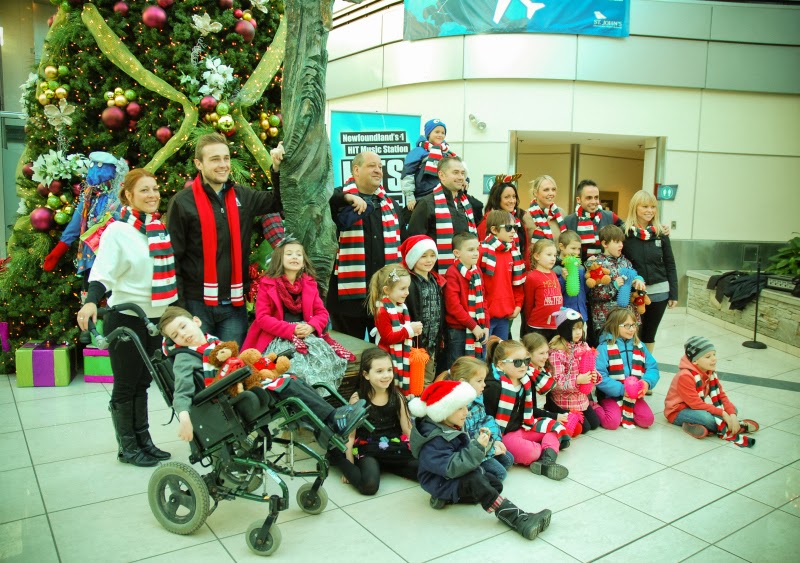 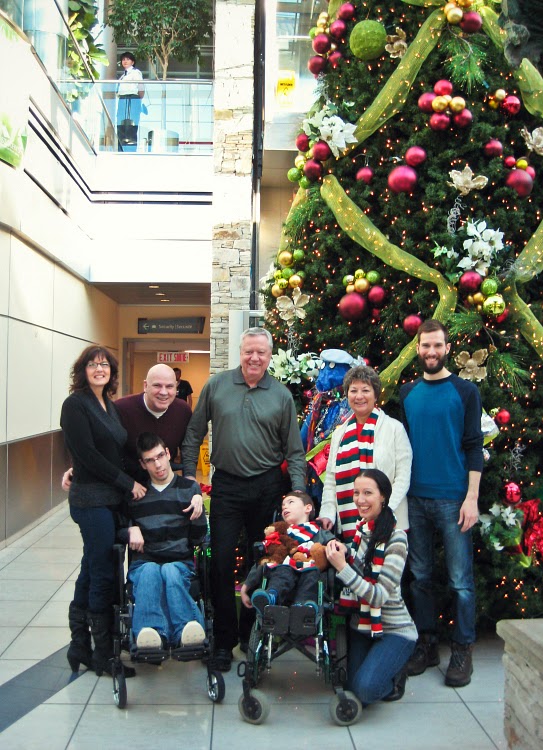 The memories that were made that day are ones we will carry with us for a lifetime. We are so grateful to the secret elves who made this happen for Brennen. You have reminded me of how special this time of year can truly be, and how amazing the world is when seen through the eyes of a child.

“Remember the time Brennen and Nanny went to the North Pole?” we will say.

“Tell us again!” they will say.