I have said many times before that I love connecting with other families of children with special needs, and if I can help make that connection for someone else, I am even happier.

Owen Baker is a handsome and happy little boy! In this blog post, his Dad, Matthew shares some thoughts about his son, in hopes of connecting with other families who might have children with a similar diagnosis. If you know someone who has Agenesis of the Corpus Callosum, or a similar brain disorder, this family would love to hear from you! 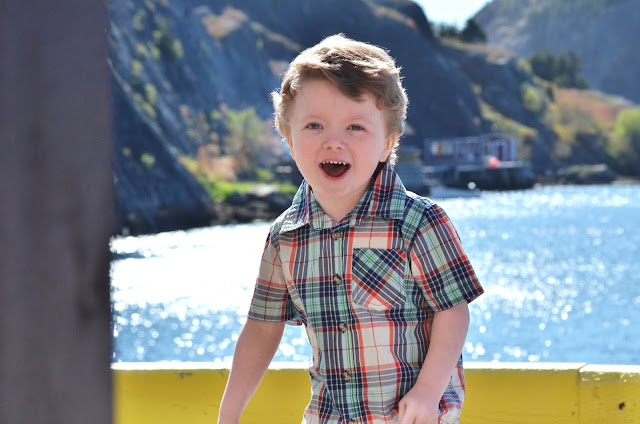 Not long ago, I was tasked with writing a little piece about my son as a way of introducing him and his disorder to people who might not be familiar with his diagnosis.

Owen has a rare neurological disorder called Agenesis of the Corpus Callosum (ACC). He was born without a corpus callosum, which is the small bundle of nerves that connects the right and left sides of the brain. The vast majority of the human population have been born with it, but to the few without it, life can be a real challenge.

I've been trying to find a way to explain ACC to people who don't quite get it, and this is what I've come up with:

Imagine being in a room with someone who doesn't speak the same language as you. For the sake of the argument, let's say they are speaking French, and you speak English. Now, imagine that a translator is also in the room, and their job is to help you and the other person complete some necessary tasks. It doesn't matter what the goals are, the point is that the translator is necessary in helping you communicate with each other. The translator is the corpus callosum.

Now imagine the same situation, this time without a translator. You and the French-speaking person are asked to do the same things as before, but you have no way to communicate with each other. You know stuff has to get done, but you have no idea how you're going to do it successfully. Eventually, through trial and error, you and your friend find a way to communicate that might seem strange to some people. What works in one situation might not work in another because you are simply not speaking the same language and your reliance on unorthodox ways of communication is bound to cause confusion and oftentimes delay. 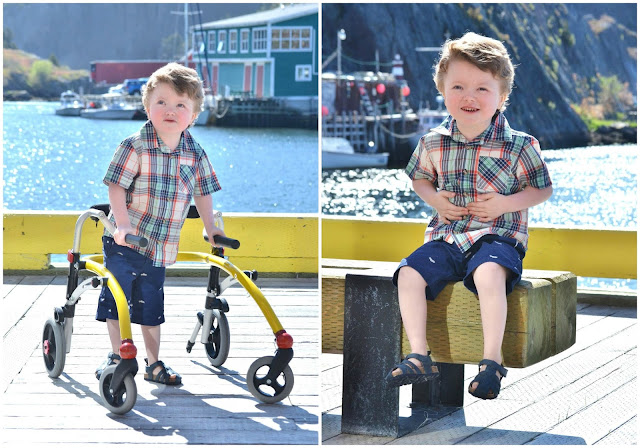 Owen is one of those people without a translator/corpus callosum. My fiancé, Annie and I knew it from birth, but we were almost totally in the dark about what it meant. As people tend to do these days, we Googled the information but all we came up with were worst-case scenarios. It was a scary time, but we still held on to some hope that our boy would be fine. We didn't get any real peace of mind until last year (2014) when we traveled to Boston, MA to attend the bi-annual conference put off by the National Organization for Disorders of the Corpus Callosum. To be in a room with five hundred other people who just "got it" was a huge weight off our chests.

Another goal of mine in writing about my son is not just to inform those who don't know about ACC, but to connect with parents of children with any sort of disorder of the corpus callosum - ie. partial ACC, hypoplasia, and so on. Please don't hesitate to contact us and get some dialogue going. The lack of available information is astounding, and I firmly believe that there is strength in numbers. The more people are aware of ACC, the more there will be peace of mind for families like ours.

Owen has grown into such a sweet, caring, thoughtful, polite, and hilarious little child. He is now four years old. As I mentioned, his lack of corpus callosum has hindered his progress in some areas that many people take for granted. He uses orthotics (braces for his feet) to assist in walking, he uses a walker from time to time, and he's been going to weekly physiotherapy, occupational therapy, and music therapy appointments for nearly two years now. His hard work and perseverance has paid off, as just this month, Owen has finally started walking on his own! He is now capable of carrying on a conversation with his Mom and I. He loves the Ninja Turtles, Thomas and Friends, and carries a little stuffed dog named Doggy Doo around with him almost everywhere he goes. 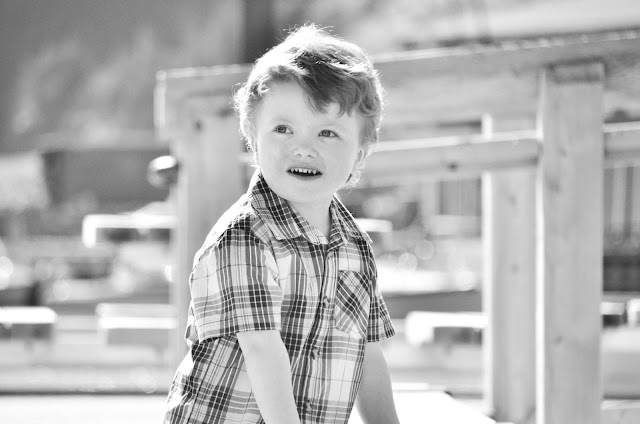 Owen's disorder has taught Annie and I so much about a world we didn't even know existed. A few people have asked me over the last four years if I would change anything about it; Did I ever wish Owen was "normal"? The answer is a resounding NO. This is our normal now. I don't know how to live life any other way, and I wouldn't want to live life any other way. Owen is a truly magical being, and everyone who has ever met him and has gotten to know him would agree. 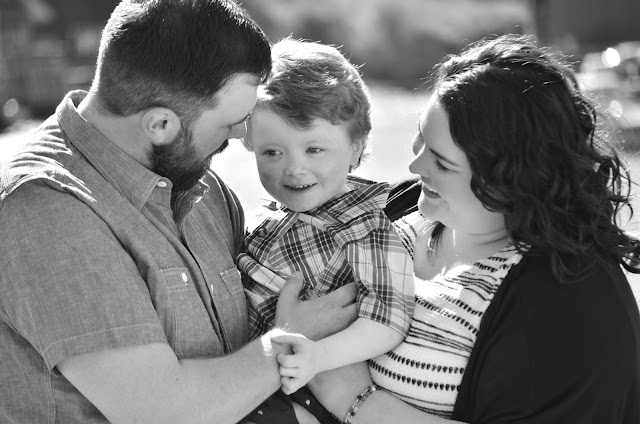 Matthew, thank you for sharing about your son, and for that perfect explanation of Agenesis of the Corpus Callosum. It really helps to understand how Owen must struggle every day, and it certainly shows how amazing he is! The brain is a wonderful thing, and works in mysterious ways. Owen will continue to surprise you, as he learns to figure things out in his own way. Keep offering him every opportunity to learn and grow, as you have been doing, and he will succeed. I have seen Owen playing baseball, climbing in the playground and hiking some serious trails. There is nothing that he cannot do. You guys are doing an incredible job, raising a very special little boy. I wish you all the best, and hope that you are able to make contact with some other parents who have a child with a similar diagnosis.

To get in touch with this family, you can comment here on this post, or email Matthew at matthewbaker1980@gmail.com
Posted by Julie B at 12:30 PM