Caught in the Act

Since the success of it's debut production, "Crippled" last year, Power Productions has been registered and incorporated as a not-for-profit theatre company that is committed to creating diverse and accessible theatre projects, professional development opportunities and community collaborations with a focus on the disability, Deaf and MAD arts sector in Atlantic Canada.

ABOUT THE SHOW:
This clever comedy by Bruce Kane blurs the line between fantasy and reality when Annie and Don realize their relationship is in more trouble than they thought. It’s a one act play and they are the characters – completely vulnerable to the whim of the playwright who keeps editing their backgrounds, reasons for being together and emotional baggage. Will Annie and Don remain just two characters in the mind of the writer or break the fourth wall to become a real couple in charge of their own choices when it comes to love? Clever, unique and a must for anyone who has set out to write (or criticize) a play – Caught in the Act is a comedy that dares to not only break but completely obliterate the fourth wall. 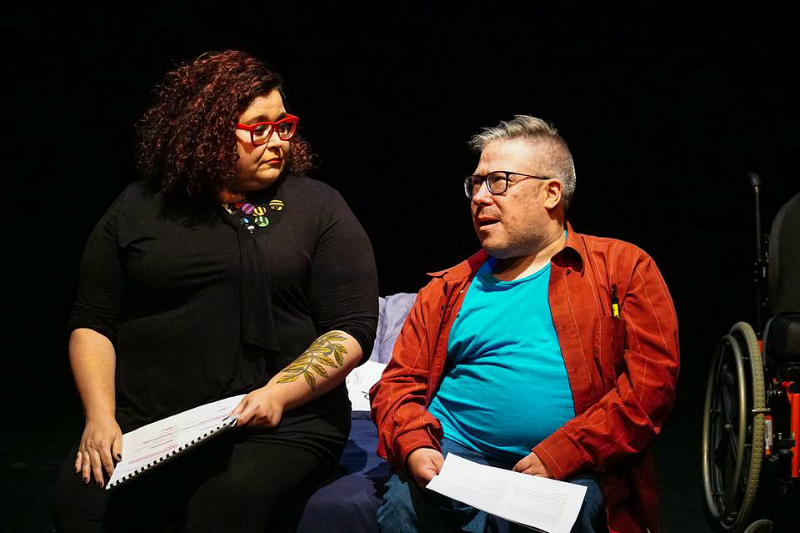 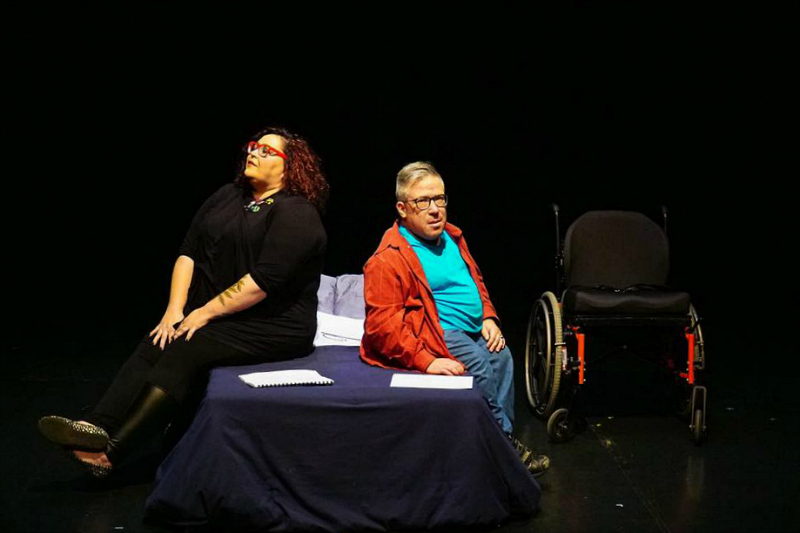 The Short Play Festival was a great way to begin to showcase diversity both on stage and off, with a mix of actors and production team members with visible and non-visible disabilities. While disability was not a theme of the play, Power Productions was interested in casting the piece with actors who self-identify as having a disability. A casting call went out back in July, and we were thrilled to see a response from such a diverse group of individuals! Krista Legge and Steve Daley are both first-time actors and they did a tremendous job in their roles of Annie and Don.

Artistic Director, Paul Power said, "'Caught in the Act' was a great way to engage members of our community who have never participated in a theatre production before, on stage or off. We tried some new things not regularly seen in our arts community, including a casting call for performers who self identify as having a disability. We also expanded accessibility for backstage crew, providing further opportunities where previously there have been none. It's a great example of the mandate and goals of Power Productions in action - providing platforms and opportunities for artistic expression and exploration where previously there have been very little for artists who require accessibility supports and understanding. We really appreciate the Resource Centre for the Arts for its open approach to accessibility and discovering solutions to ensure our theatre community is more inclusive." 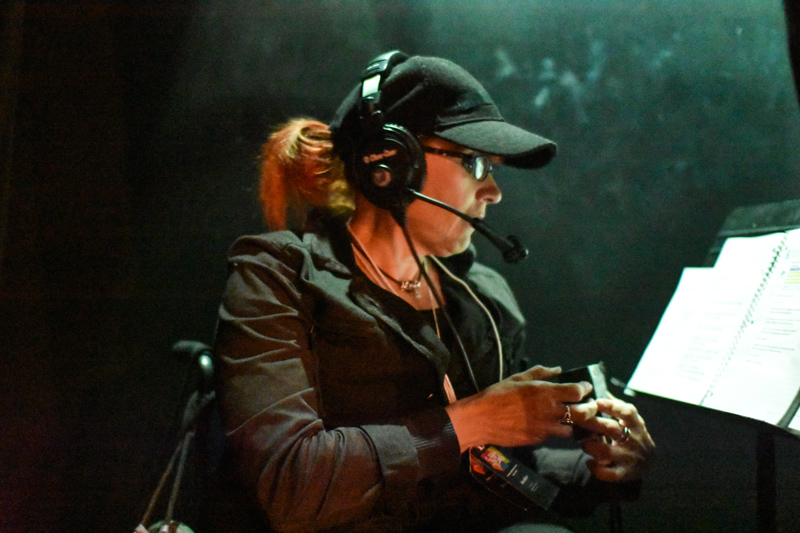 Kim White had the role of Stage Manager, and had this to say about her experience:

"Stage managing for "Caught in the Act" was an awesome experience. I never would have thought that I could take on such a role considering the physical barriers that often exist in theatre environments. With adjustments made by the supportive team with the St. John's Shorts Festival and at the LSPU Hall, I was able to call the lighting cues from the actual stage - tucked away behind the curtain using a headset. It was a great example of 'where there's a will, there's a way'. I'm excited to see what Power Productions will continue to do to open up more opportunities in the world of theatre for persons with disabilities... and to see what play we will mount for the Shorts Festival in 2019! I have my Stage Manager hat waiting!" 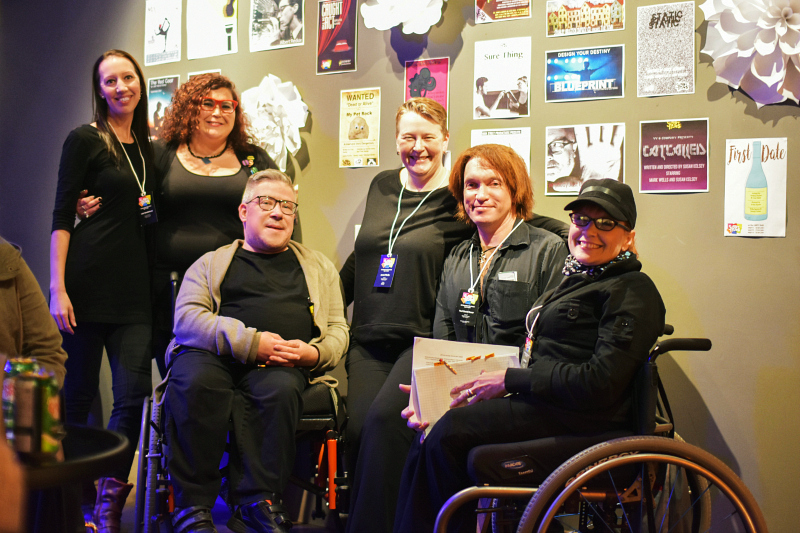 The cast and crew of Caught in the Act


Power Productions has come out of the gate running, and as a Board member, I am proud to help support the important work it is doing both in and for our community. The organization's ongoing work includes producing diverse theatrical works, raising awareness about accessibility for both artists and audiences, and supporting community projects that reflect the goals and priorities of Power Productions.
Stay tuned for upcoming dates and events!
Posted by Julie B at 1:56 PM