Whenever we get the opportunity (and if the weather is cooperating, and we have someone to watch Brennen, and the stars align), Andrew and I enjoy hiking the East Coast Trail. We have done a number of the trails in and around the city, and just recently went back to explore the area around La Manche, on the Southern Shore.

La Manche was once one of Newfoundland's most picturesque outport communities. Originally settled around 1840, La Manche served as a flourishing seasonal fishing village. It featured a beautiful protected harbour but very little land on which to build, so much of the community was built on stages along the cliffside. You can only imagine how hard the people of La Manche must have worked to run a fishery from such a difficult location. Walking along the trail, we were struck by both the beauty and the harshness of the steep cliffs and the rugged shoreline.

In 1966, a severe winter storm devastated the community, wiping out its stages and wharves, and forcing the residents to resettle. All that remains today are the old concrete and slate foundations upon which the houses stood, remnants of brick chimneys, and stone steps that lead to nowhere. 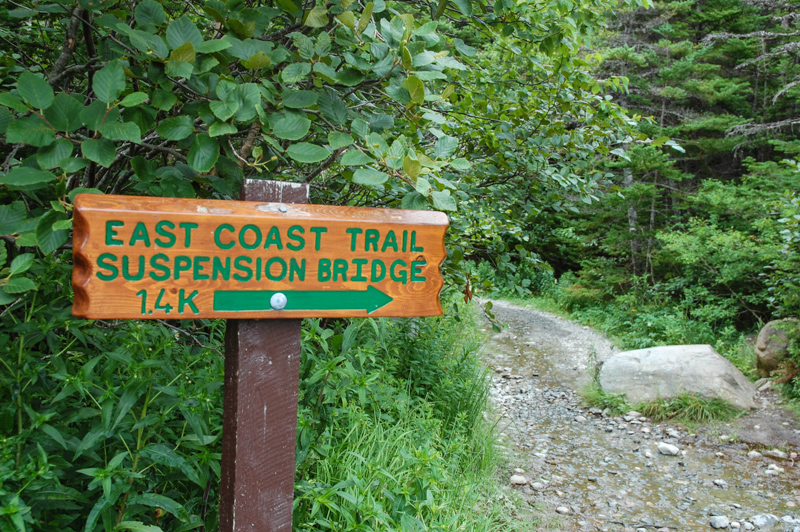 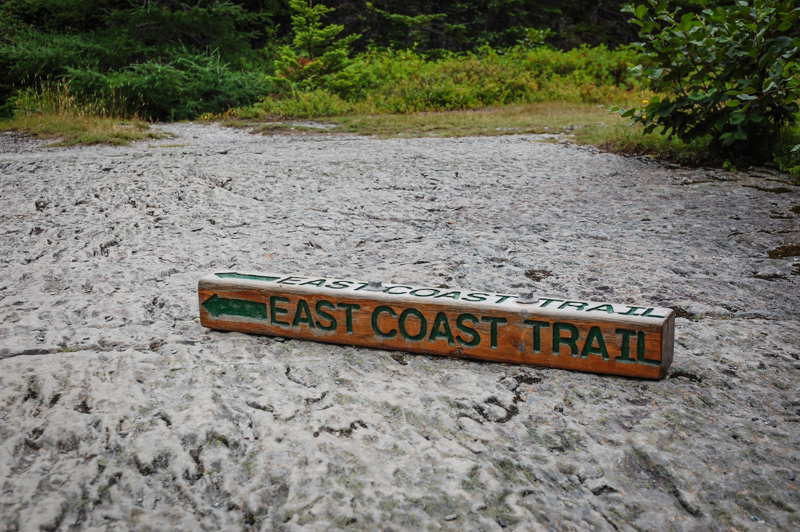 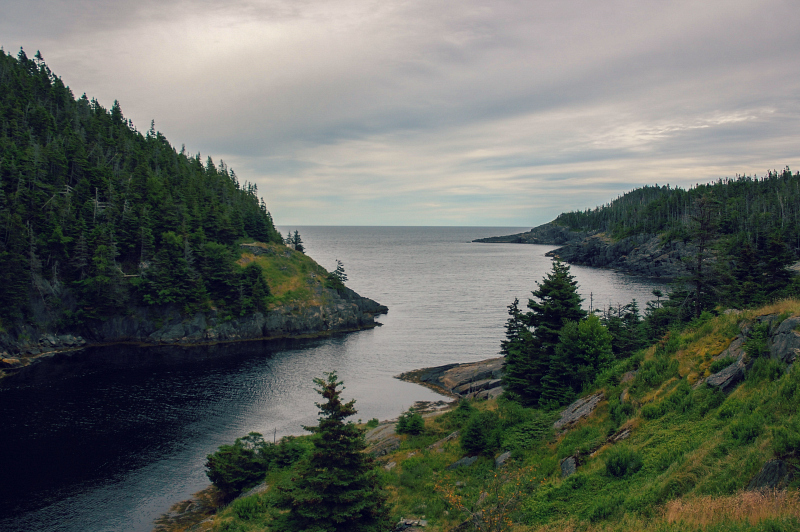 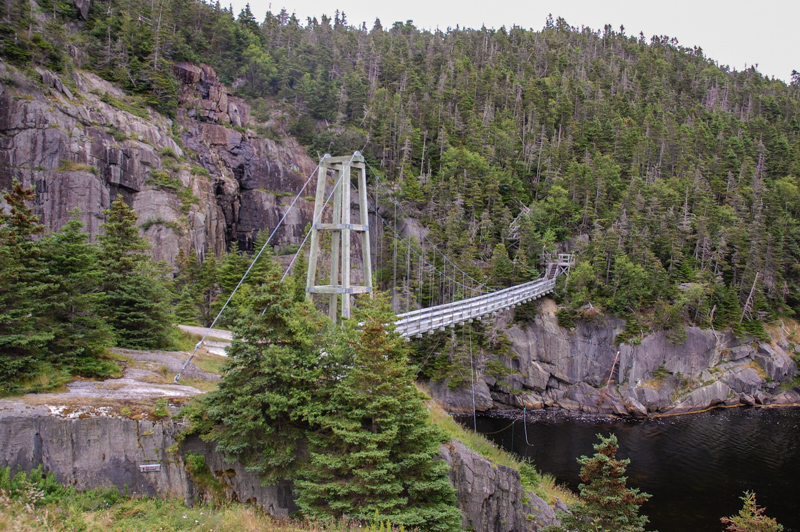 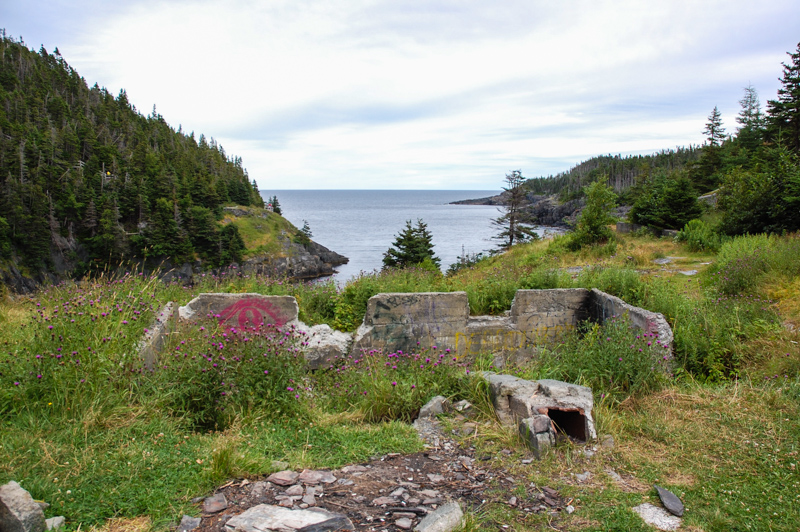 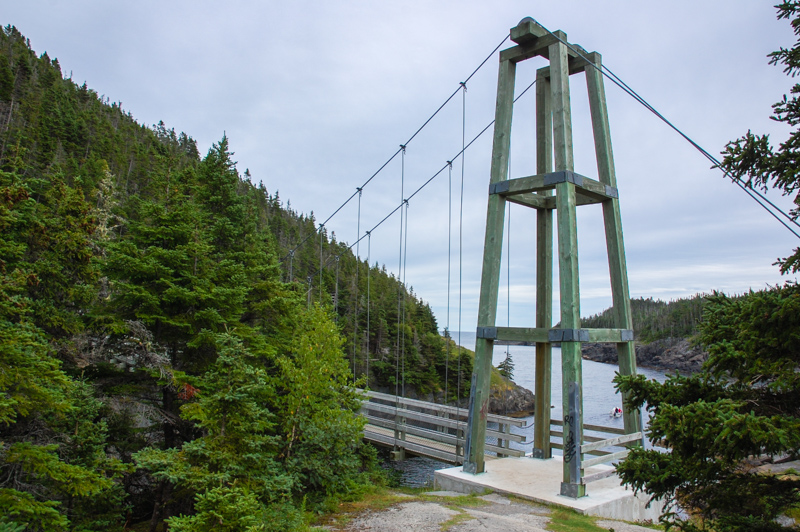 In the heart of the former fishing village is the most notable feature of La Manche. The 50 metre suspension bridge was built in 1999 - replacing the original bridge that was destroyed by waves in the storm of 1966. This new bridge was officially opened in June 2000, and is dedicated to the former residents of La Manche Village, many of whom resettled in nearby communities. 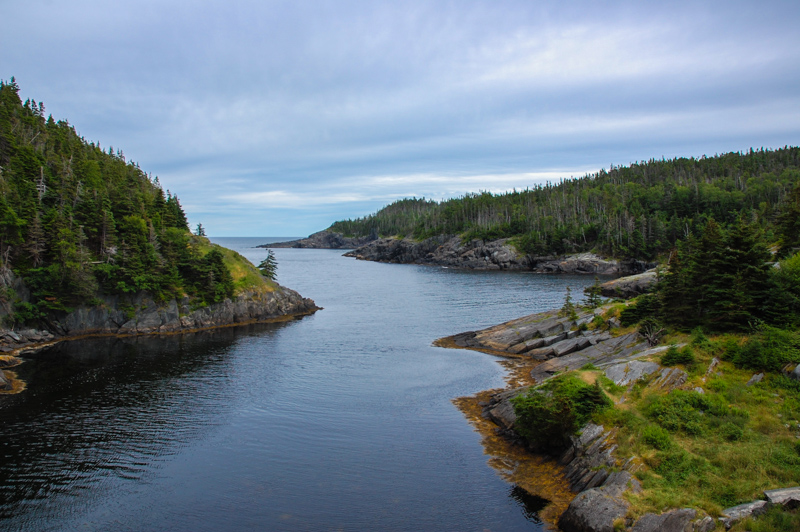 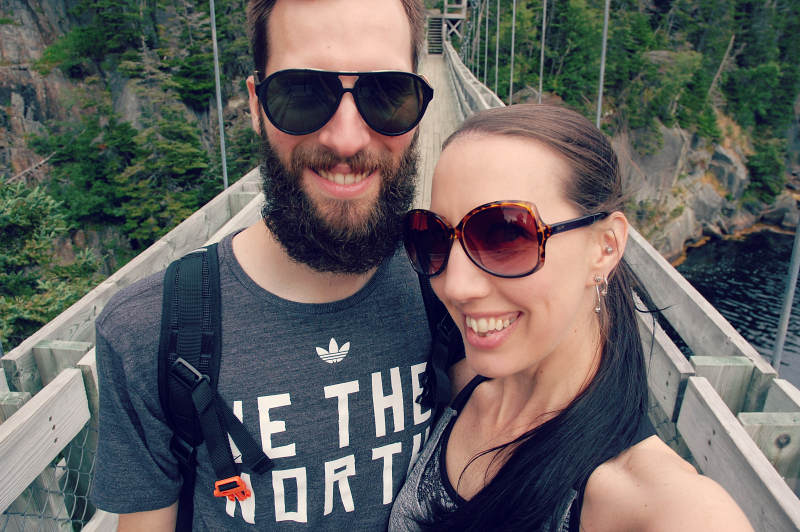 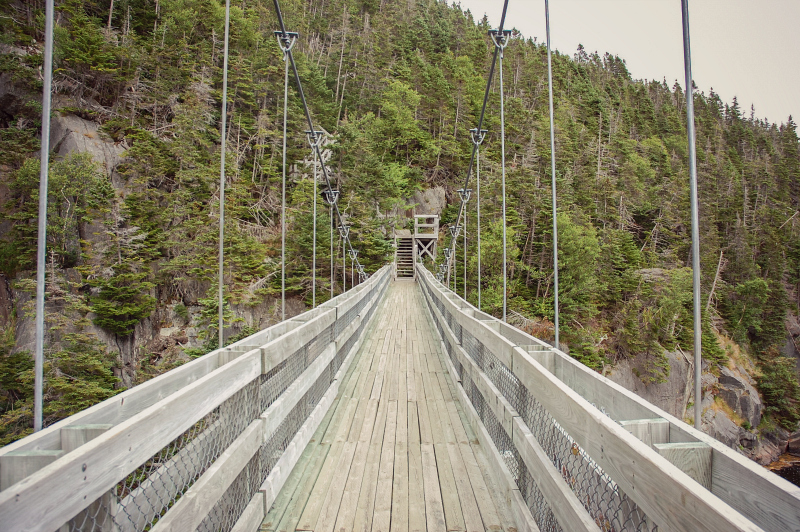 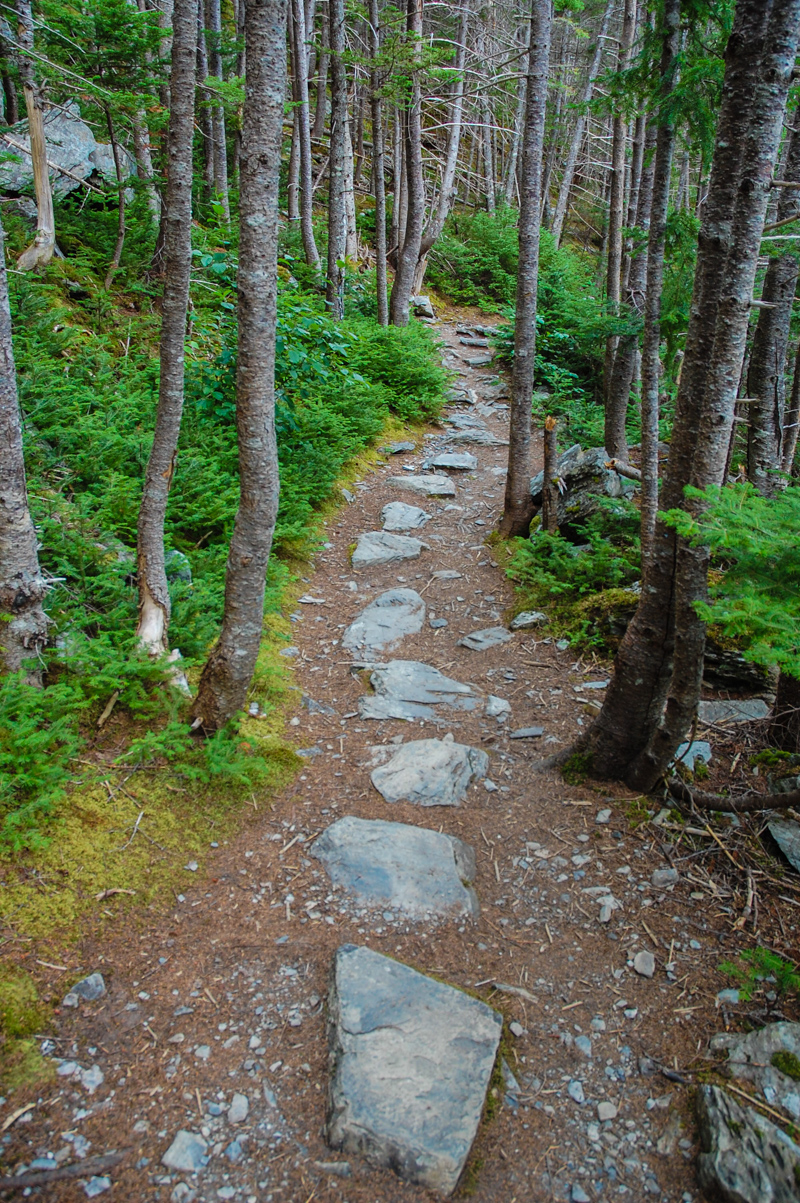 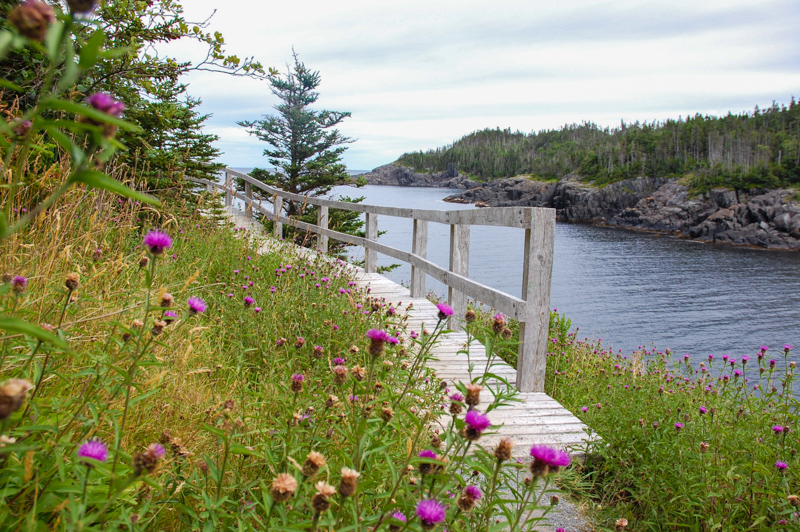 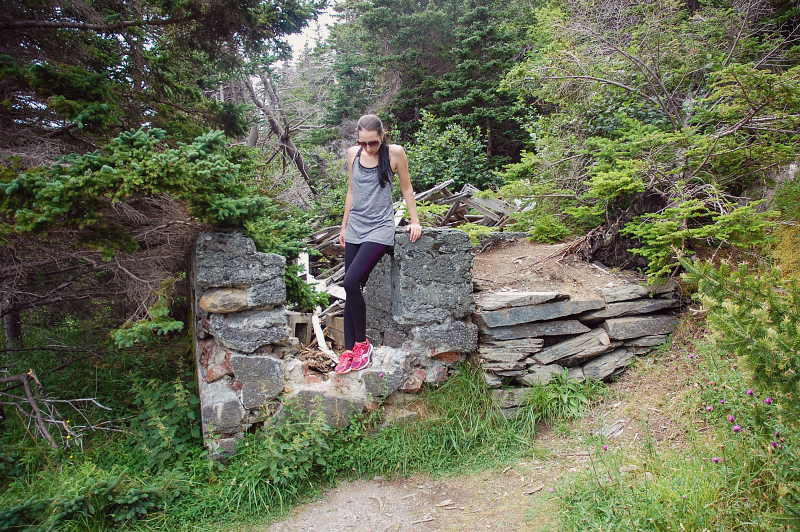 We continued on a side trail to Doctor's Cove, which is the perfect location to set up a picnic, or to just sit and watch the waves crash in on the rocks. The stillness and the beauty of the area was not lost on us, as we breathed in the salt sea air and enjoyed every moment of silence. 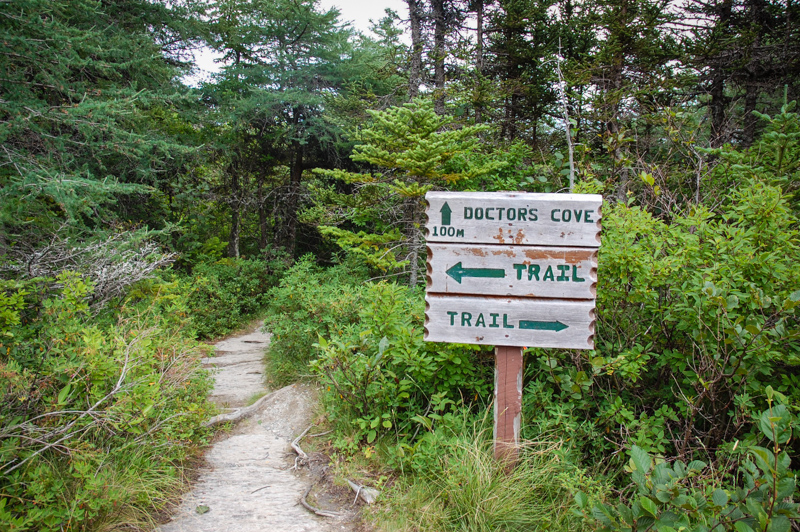 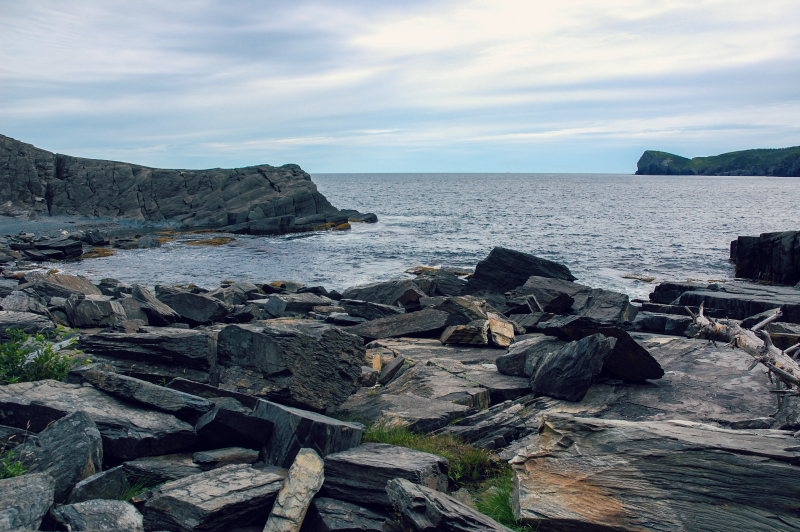 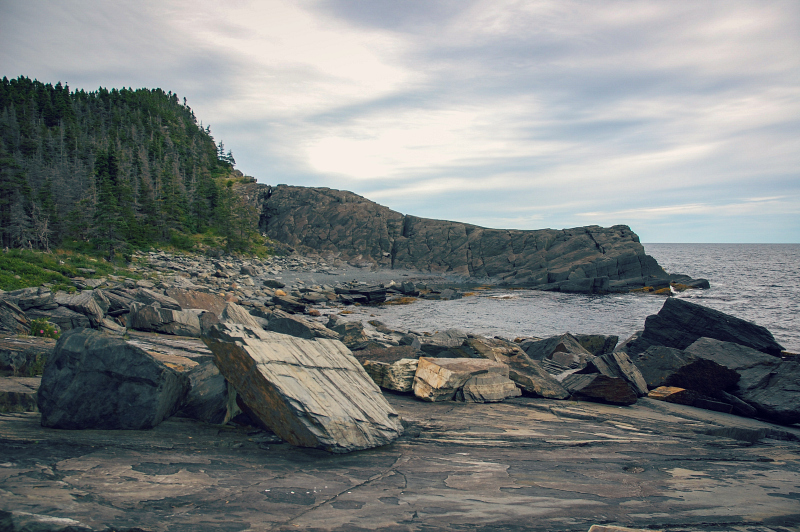 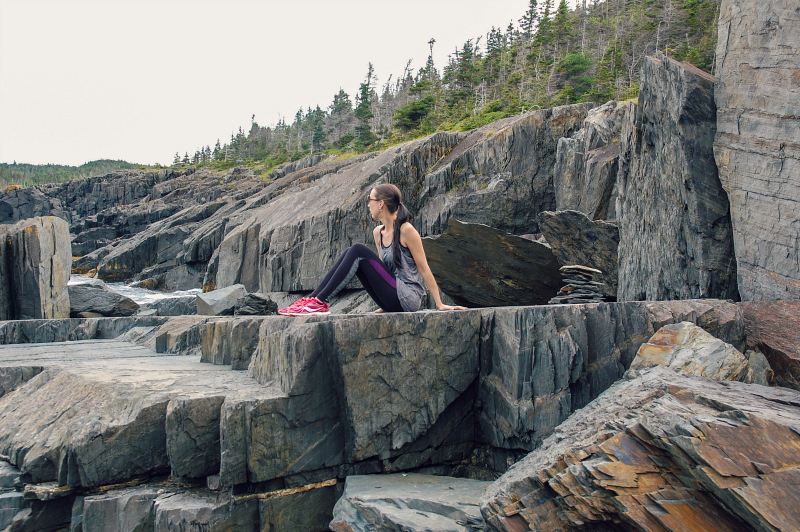 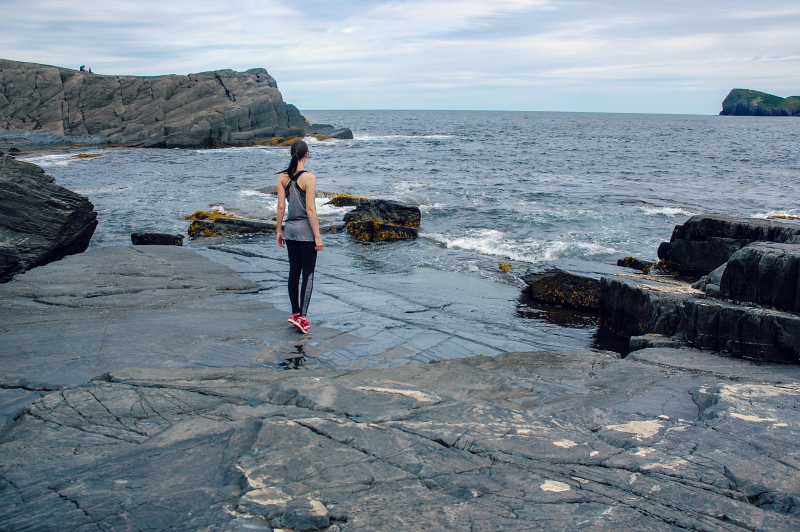 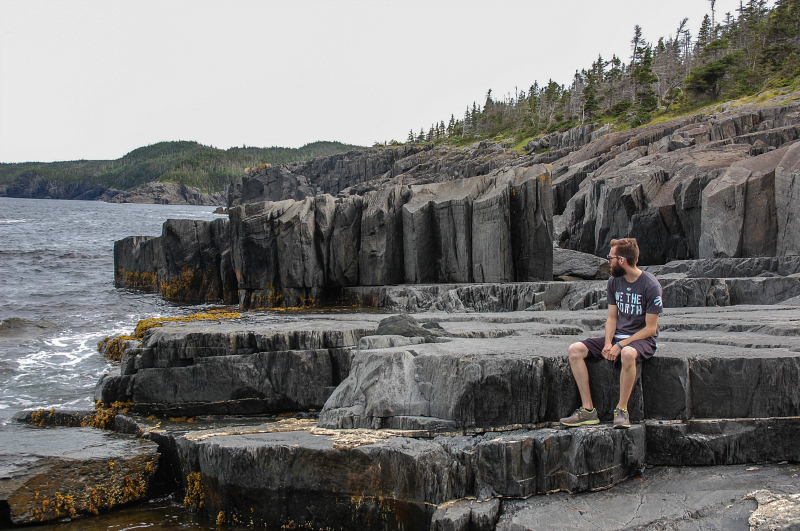 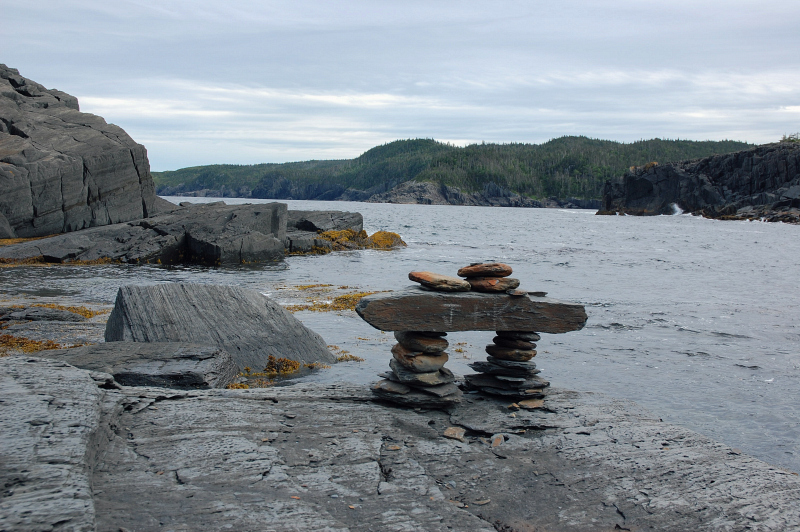 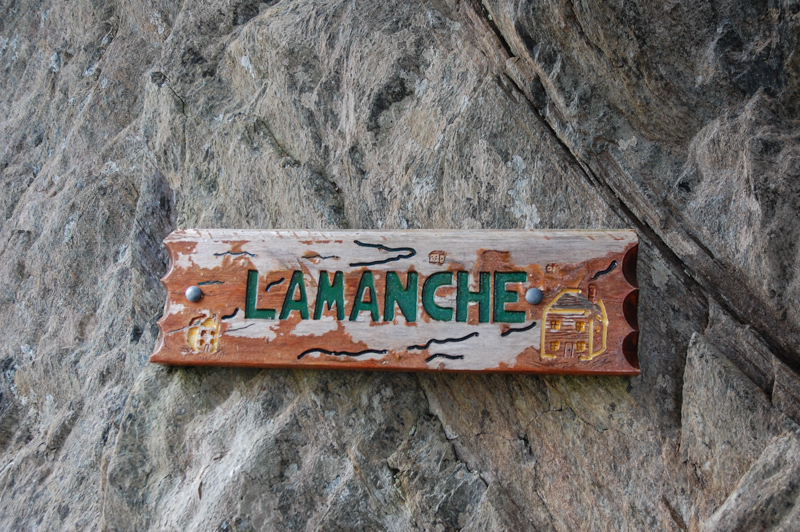 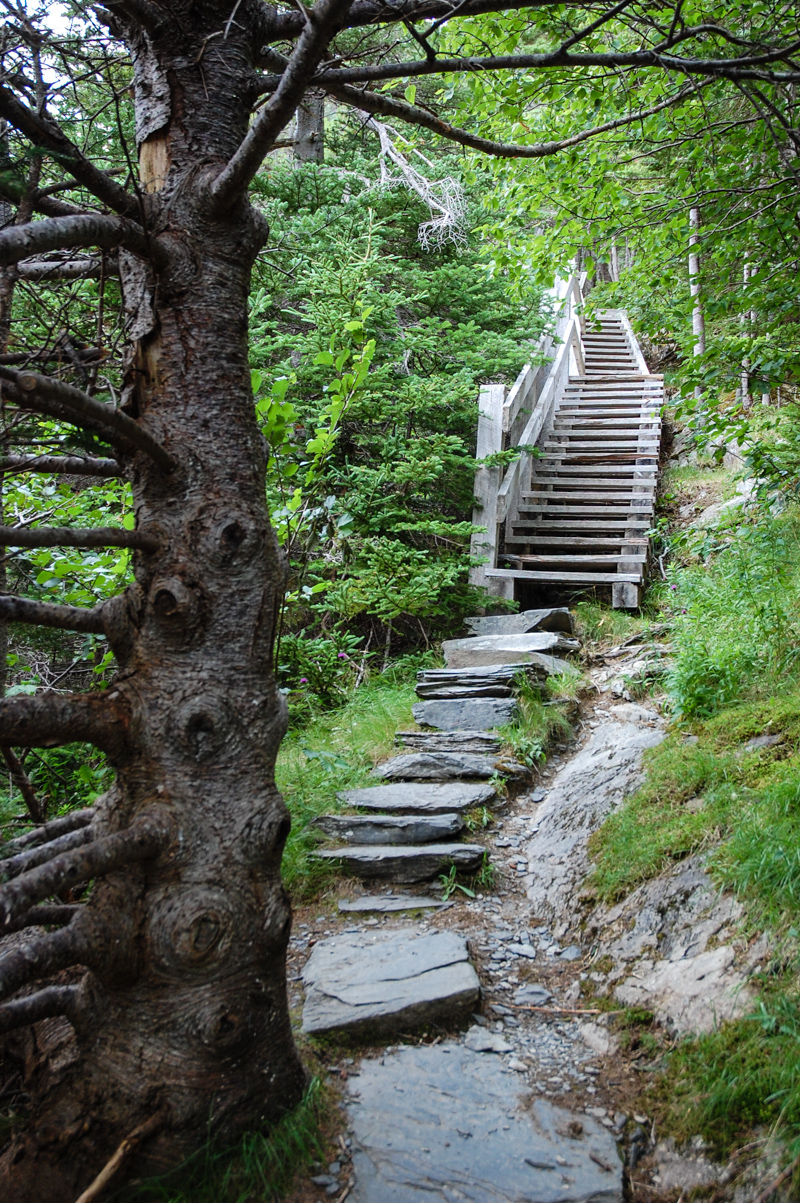 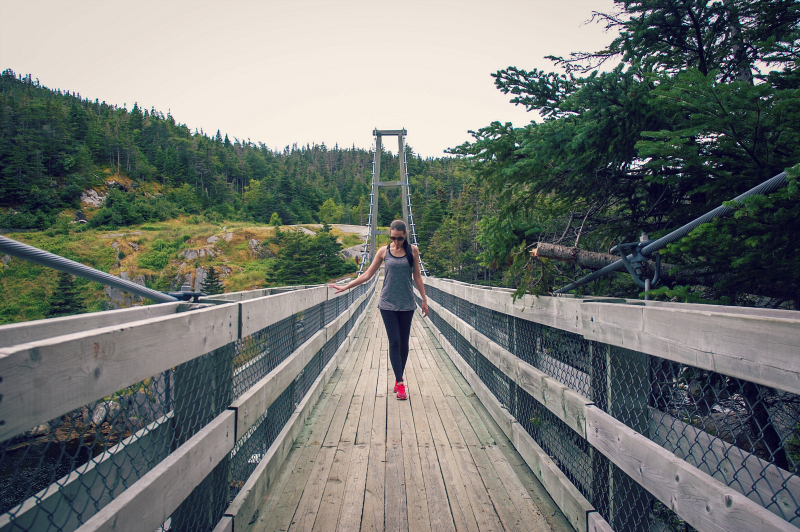 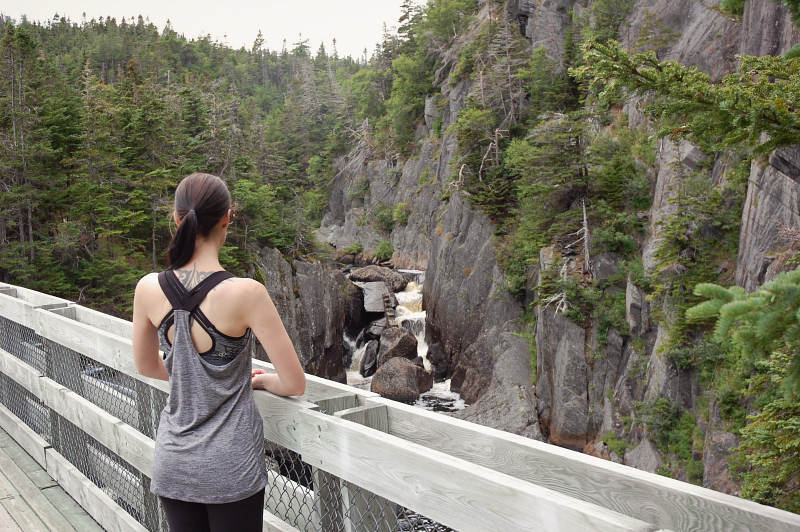 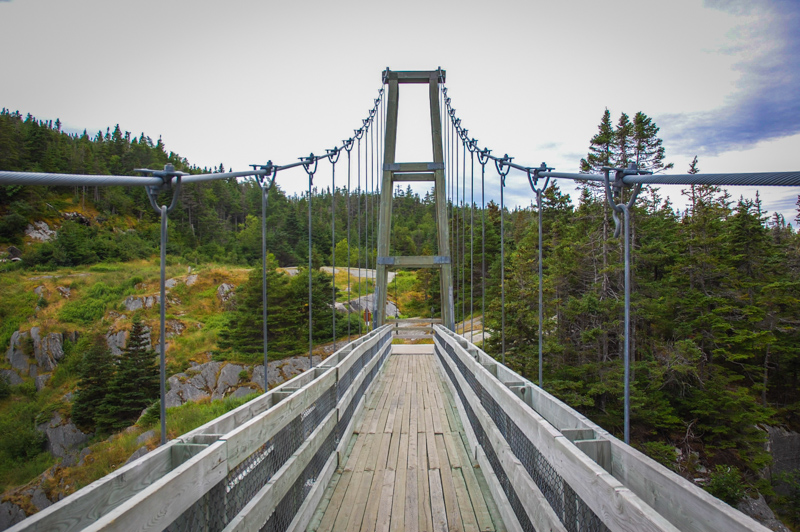 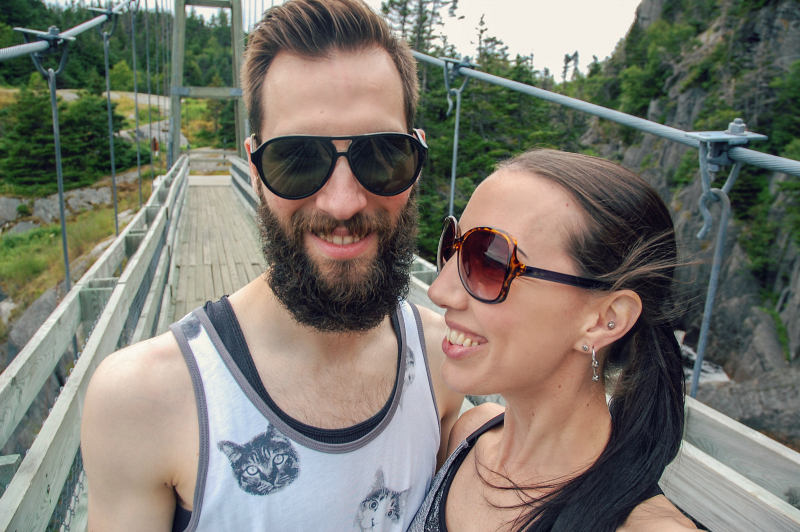 On the way back, Andrew let me take a picture of him in his cat tank top!!!
Back up, ladies. He's taken! 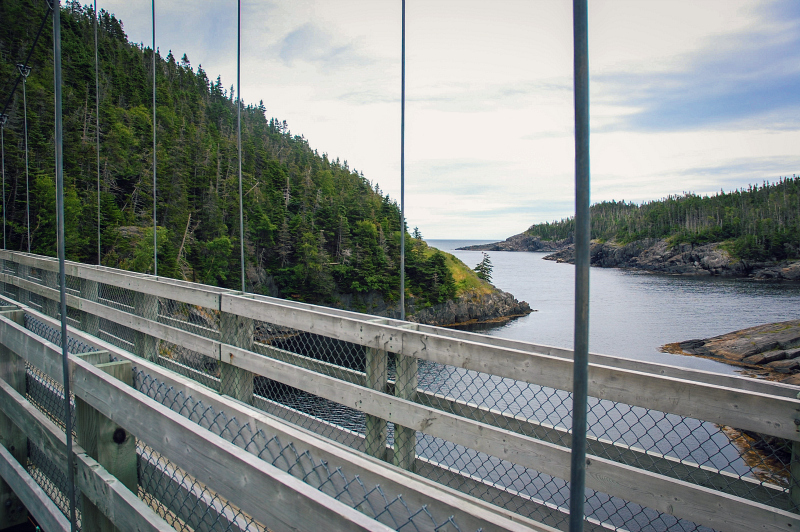 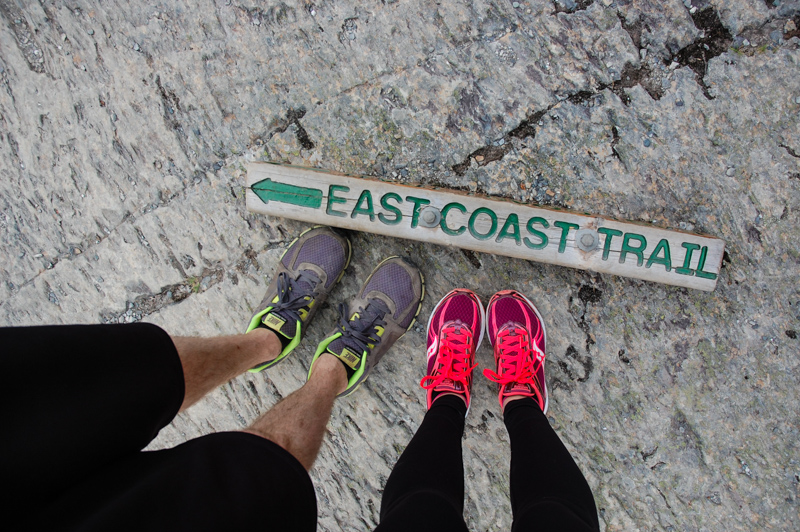 This was such a great day! If you get the opportunity to visit La Manche Village, I totally recommend it!