Wishmaker Walk for Wishes is the Children's Wish Foundation's annual signature event held in hundreds of communities across the country. Thousands of Canadians participate in a fun, family-oriented day with one goal in common: to raise money so that children living with a life threatening illness or life-limiting disability can be granted their most heartfelt wish.

On October 18th, I joined several wish-families and many supportive community members in a Wish Walk in Conception Bay South. The walk started at the Manuels River Hibernia Interpretation Centre and ended with a celebration at the Royal NL Yacht Club. 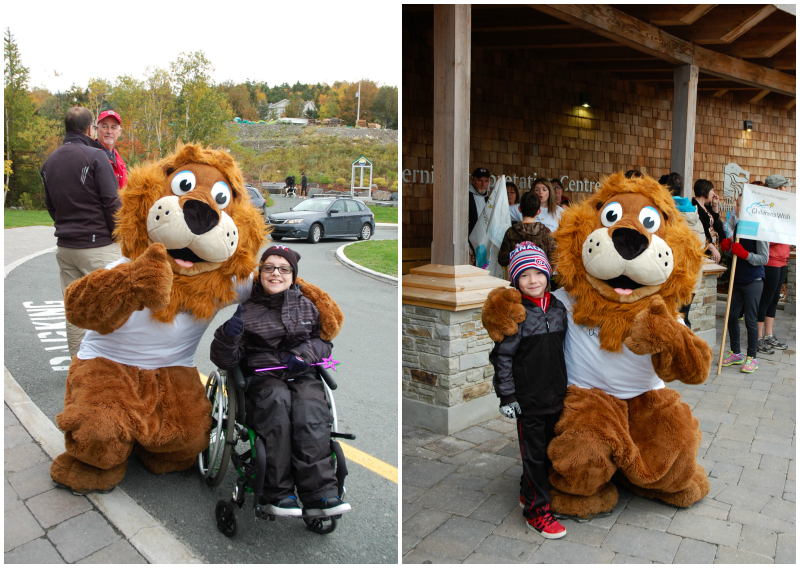 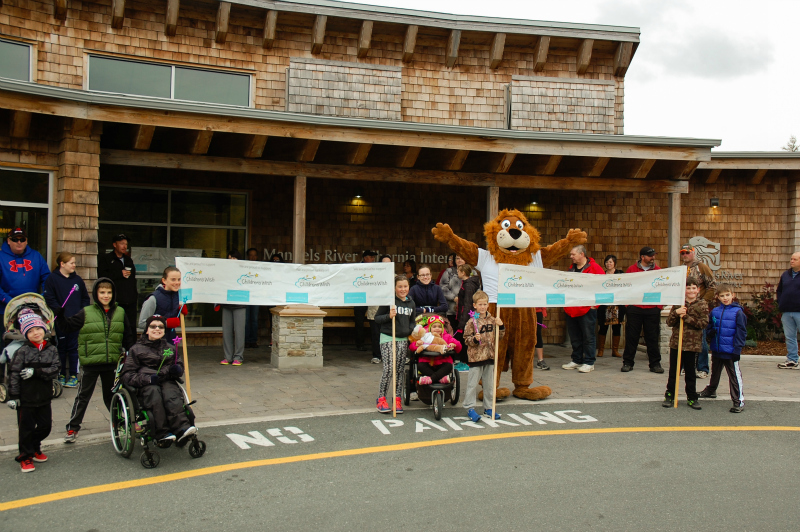 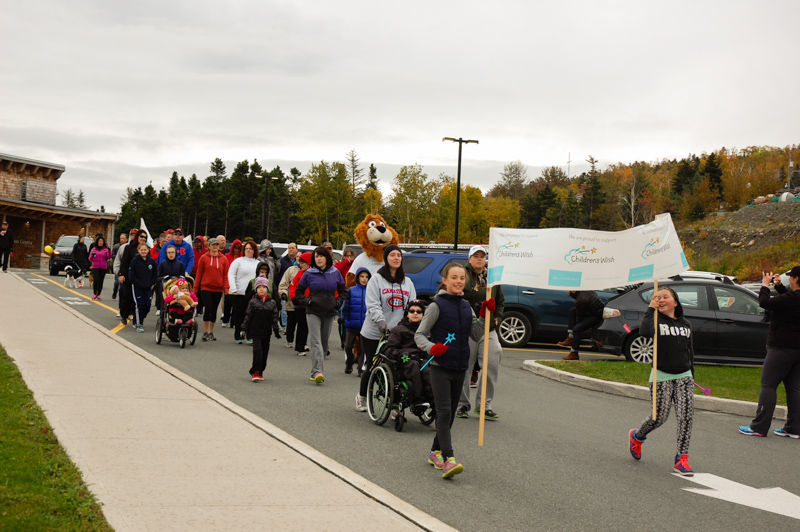 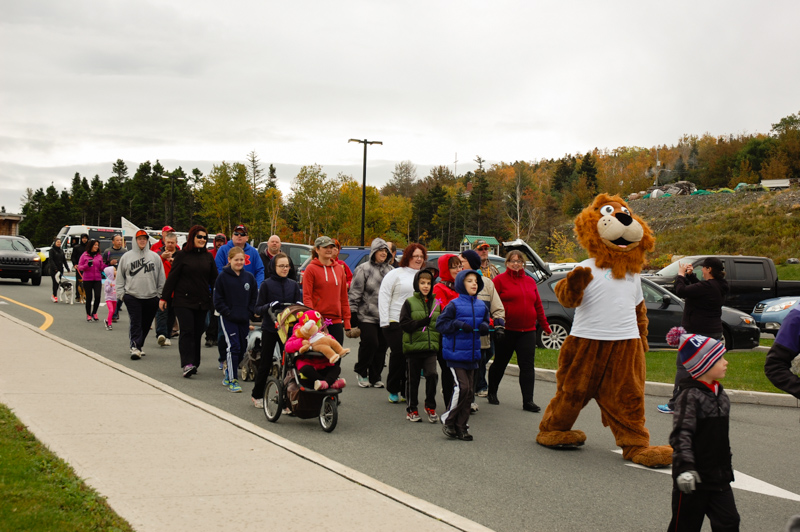 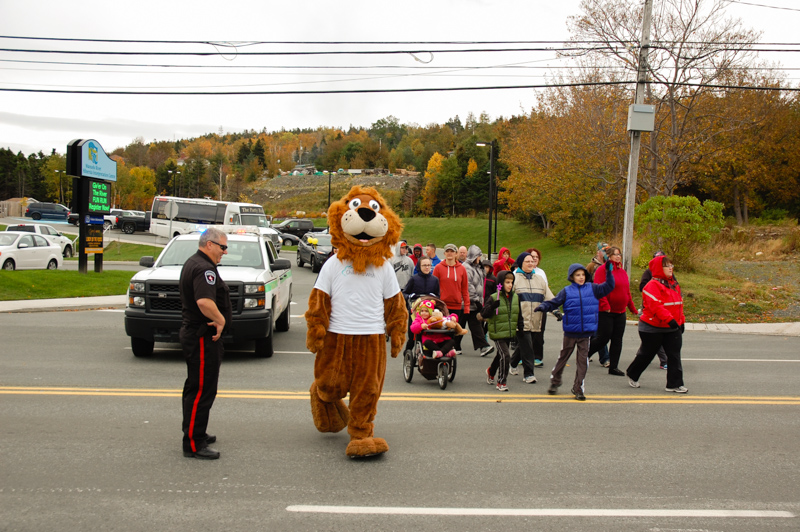 This particular Wish Walk was organized by Paula Bowen of Topsail. Paula's ten year old son Brandon was granted a wish in 2013, and since then Paula has been highly involved with the Children's Wish Foundation. She organized her first walk last year, and raised over $6000. An average wish will cost $10,000, so her goal this year was to raise $10,000 to be able to grant another child's wish! 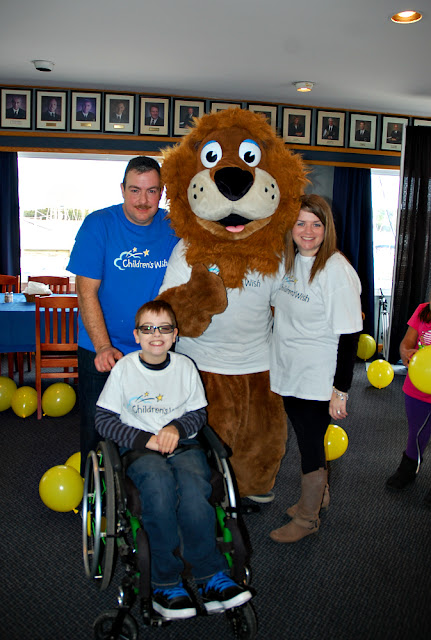 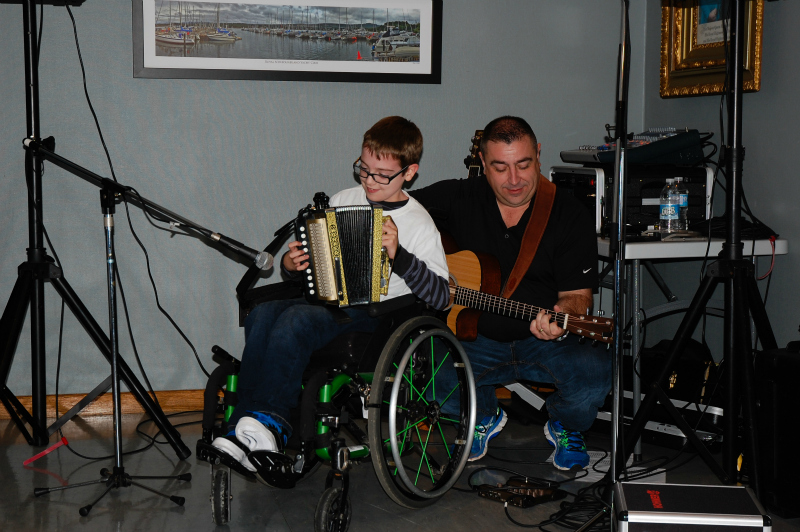 Brandon entertaining the crowd after the Wish Walk

Brandon was born prematurely at just 27 weeks, weighing two pounds and four ounces. Within a few days of his birth, doctors noticed hemorrhaging on his brain, and as a result, Brandon was diagnosed with cerebral palsy. He spent 102 days in the ICU, and has since endured a number of quite extensive surgeries.

Brandon's wish was to go to WWE WrestleMania 30 in New Orleans! The WWE is the largest professional wrestling promotion in the world, and it has long been a dream of Brandon's to see his favourite wrestlers in a match.

Paula says that Brandon's trip was the first time they were ever able to go away somewhere as a family that wasn't for medical reasons. Brandon and his parents spent five days in New Orleans watching wrestling matches at the Mercedes-Benz Superdome, where Brandon also got to meet over 30 of the wrestlers - his favourite being John Cena. The Bowens didn't know for sure if Cena was going to be there, but Brandon was hopeful!

Paula says, "When John Cena walked into the room, Brandon went nuts! One of the volunteers told us he had never seen a child's reaction like Brandon's." She says, "Cena did a bee-line right over to Brandon because Brandon was going crazy in his wheelchair! He was all dressed up in his John Cena gear!"

Watch this video of memories from Brandon's wish trip to WrestleMania!!


"We were the only wish family from Canada that got to go to this event, and the Children's Wish office here worked extremely hard to make this happen. We didn't know until a week before we got picked to go, so we had to prepare Brandon that he might have to go to another wrestling event. We were very, very lucky to get to go!!"

Brandon received a personalized plaque, and even traded wristbands with his idol, John Cena. He still wears the lime green wristband, that bears the words "hustle", "loyalty", and "respect".

Brandon says, "It feels awesome to wear something that belonged to him. I always wear it, pretty much. Every time I look at this, it means that I can never forget WrestleMania!" 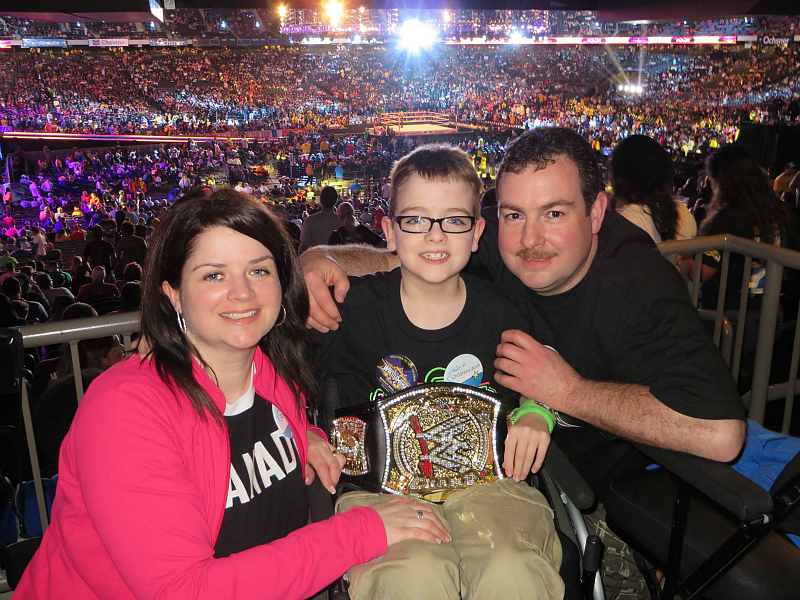 Last year, Brandon wrote a poem called "Wishes in the Air". It highlights his positive attitude and his optimistic outlook on life. Brandon's wish was granted by the Children's Wish Foundation, and it had a profound impact on him. He has hopes and dreams for his future, like all kids his age.
As a parent of a child with cerebral palsy, I remember crying with the news of my son's diagnosis because I thought my dreams for him had been shattered, but that doesn't have to be the case. Brandon, I know that you will do big things, great things, because anything is possible. Dreams do come true and wishes are granted when people follow through with their passion to help. 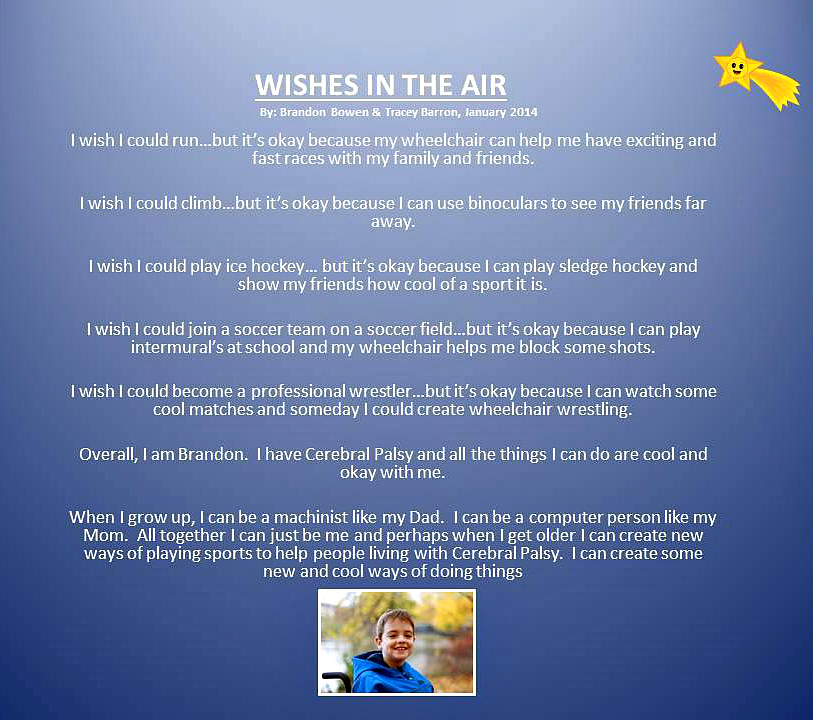 Thank you to everyone who joined us for the Wishmaker Walk and for helping to create the magic of a wish for thousands of Canadian children and their families. There are 19 Wish Walks across the province of Newfoundland and Labrador this month. Find the one nearest you, and get involved! Help raise funds while meeting some of the most dedicated and inspiring people. You won't be disappointed!  http://wishmaker.ca