"We waited nine months to see her adorable little face. She had ten beautiful fingers and ten beautiful toes and was perfectly healthy when we brought her home. Then, a few days later our world came crashing down. Our little Megan Lindsey became extremely ill. She was continuously vomiting and getting weaker by the hour. We took her to the doctor seven times and each time they said it was just a virus. But it wasn’t. Megan lost over two pounds and weighed less than five pounds. After a week and a half she was finally admitted to the hospital. They did several tests, from CT scans to spinal taps. Then the seizures started. Watching her little blue eyes flutter uncontrollably and wondering if she was in pain just made our hearts ache. The nurse said to my husband Jay, "Now would be a good time to call your clergy." We were not ready to give up on her, however we took the nurse’s advice and prayed. I called my grandmother and asked her to pray for Megan as well, because her prayers were always answered.


Shortly after, we received Megan’s first diagnosis. The doctors told us that Megan had a bleed in her brain but she also had a blood clot. One problem could not be treated without interfering with the other. There was nothing they could do for our little angel. Her older sister Celia, who was almost four at the time, was inconsolable. She had waited a long time for Megan. On her third birthday she blew out her candles and wished for a baby sister. The next day, I found out that I was going to be a Mom again! Celia even named her, and Megan completed our little family.


Later that day, Megan was transferred to McMaster Hospital in Hamilton, Ontario. After more medical tests, we got her second diagnosis - Megan had suffered a stroke. We could not believe that a little infant could suffer so much in the first two weeks of her life. We were numb! Our tears were unstoppable and I don’t think I ever saw as much fear in my husband’s eyes as I did that day. He usually was the strong one but he was hurting just as much as I was.


Over the next few days, the doctors monitored Megan constantly and we refused to think negatively. Finally, we received our first bit of good news. The bleeding had stopped and the blood clot was getting smaller. We were ecstatic! Then they gave us the bad news. They were not sure if Megan had suffered brain damage and what her quality of life would be as she grew. We didn’t care. Our little girl was still breathing and that was all that mattered. My grandma’s prayers were answered.

After genetic testing, they also told us that Megan, Celia and my husband had a blood clotting disorder called Factor V Leiden, which probably contributed to Megan’s stroke. There was more to worry about but we would face it together. Our family was still strong as long as Megan was in it.


Immediately, Megan began therapy to help correct the increased tone in her left arm. We used to call it her 'little chicken wing' arm because she held it so tightly against her chest. She started taking medication for seizures and eventually outgrew her dosage and the seizures stopped. Everything the doctors said might happen didn’t happen. Megan was growing and developing like any other child! Everyone including her doctors were amazed by her progress, and she had many doctors from around the world visiting Sick Kids Hospital in Toronto, completely in awe of her determination and strong will. We never treated her any differently than our oldest daughter and we were determined to give her the best possible outcome.


At nine months old, Megan began walking. It was a huge milestone for her that no one had expected to happen so soon. We knew she was a force to be reckoned with when she survived a stroke, but we never expected her to be this stubborn! She was imitating everything her sister did and nothing was slowing her down, but just before she turned two we discovered that her left leg wasn’t quite the same as her right. She couldn’t wiggle her toes on her left side and her left leg and foot looked a lot smaller than her right. She was off-balance and was always up on her toes. There was also increased tone again in her left arm.

The official diagnosis came and it was one that truly scared us. Megan was diagnosed with cerebral palsy. Days later, Megan started physiotherapy and she never complained once. She was not going to let this get her down. As Megan grew, we knew she was not your ordinary little girl. The brain is a very complicated thing, but luckily for Megan, parts of her brain took on different functions that it normally wouldn’t. It completely remapped itself. The damage she had suffered as in infant didn’t affect her at all. The tests revealed that the scarring was there but she was showing no residual side effects. She learned how to read at age three, she walked early and was even evaluated by the psychology department at Sick Kids Hospital which determined she was gifted in many areas.


When Megan was nine years old, the seizures came back and we were devastated. They caused her so much physical pain and the migraines were unbearable. The seizures caused her leg and arm to get tight again and she had to start physiotherapy from scratch to correct it. This time she needed a brace for her leg, and she was not happy. The teasing at school began and the worst was watching her classmates imitate her having a seizure. It was the first time I ever saw my little girl so sad and she went into a depression. Even today, her biggest fear is that she will have a seizure when she is by herself. 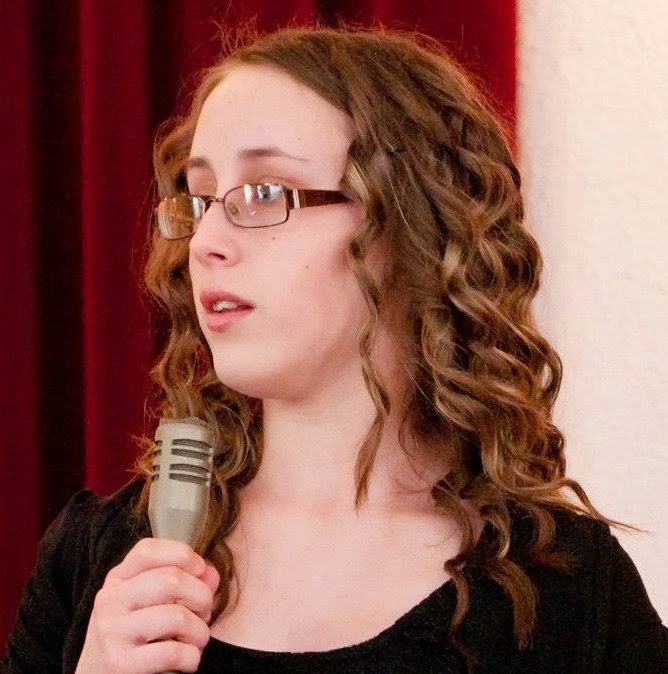 Megan was introduced to the Heart and Stroke Foundation. They asked her to tell her story to different groups, including several local schools so that she could educate them on what it was like to live with her condition. She became an awesome public speaker and realized that for her it was the greatest form of therapy. Her confidence was coming back and the sparkle was in her beautiful blue eyes again. She went on to win the Cambridge Children’s Hero award the following year for her work and we were thrilled. She even gave a speech for the Stroke doctors at Sick Kids Hospital for Family Stroke Day and they were all in tears by the time she finished. They finally could look beyond the medical terminology and connect to her as a person living with a disability. It was truly a remarkable thing to witness.


When Megan was given a second chance at life, we were too. We completely changed the way we lived and decided we wanted to be better people in our community. As a family, we made it a rule that we all had to help out at least one charity each year, but of course our girls did many more. They learned at an early age that there is no greater reward in life than giving back and helping others.


Four years ago we moved back to Newfoundland and both Megan and Celia have excelled. Celia is now studying Business Management and Marketing through the College of the North Atlantic and Megan is a straight A student at O’Donel High in Mount Pearl.

Last year, with her social action team at St. Peter’s Junior High, Megan got involved with an organization called Free the Children, and was asked to be a student speaker to kick off their 'We Create Change' Campaign Tour Launch. It was an amazing speech that was streamed live across the world. (You can see it below).


Megan also won the Johnson Horizon Leadership Scholarship and became Easter Seals Ambassador 2014. Through Easter Seals, she learned how to play wheelchair basketball and was invited to the camp tryouts for the National Canadian Under 25 Woman’s wheelchair basketball team. She declined this year because she felt she was not ready emotionally for such a big commitment, although it is a dream she may pursue down the road. 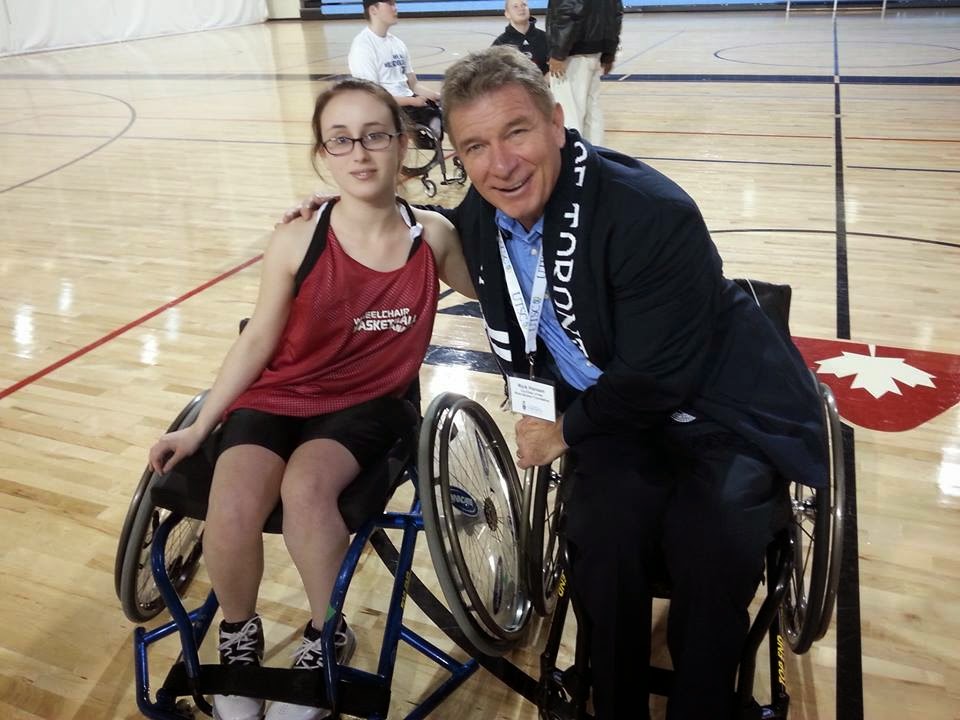 We discovered that Megan had a beautiful singing voice and with the help of her amazing vocal coach Justin Nurse, she has become quite the performer. He believes in her and never lets her doubt herself. He challenges her, and because of that, 'Megan’s Night of Music' was born. Last year, Megan hosted and performed at her own concert and raised over $1200.00 for Free the Children and Easter Seals.

Easter Seals has supported Megan and our family since we moved to Newfoundland. They are our extended family and have helped Megan in too many ways to count. Last year they introduced her to Sean McCann, an amazing person who has become quite the supporter of Easter Seals. She was honoured to meet him.

Megan wrote her first song called Forever Dauntless and our family friend Jon Pike from Everglow helped her put music to her beautiful lyrics. Although the song was originally written about a character in a book, it actually reflects Megan’s life and I am certain she wrote it thinking about herself. Easter Seals sent the song to Sean and he asked Megan to perform it with him at the Easter Seals gala last December. Megan was so humbled to perform on a stage with such a musical inspiration.


And now she is at it again! Her second concert, called Megan’s Night of Music 2: “Forever Dauntless” will be held at the Husky Energy Easter Seals House on May 2, 2015 at 7:00pm. The acts this year include Megan, Justin Nurse, Erin Winsor, Everglow, Rex Goudie, Brianna Goss, Michael Duffy, and some of the music therapy participants. With the help of her big sister Celia, this year’s concert will be even bigger and better. It is so heartwarming to see my girls work together to give back to an organization that has given so much to our family. The one thing that I admire about Megan the most is that she never lets her disabilities get in the way of achieving her goals. She has been seizure-free and off her medication for over five years now and we are optimistic that the seizures won’t return. Today, she still has physical challenges and lives with chronic pain and migraines but she is learning to cope with help from her amazing pain therapist at the Janeway. She has learned to love and accept the person God wanted her to be and she absolutely embraces life and never takes a single day for granted. She is truly the strongest person I have ever met and I am so proud to be her Mom!" 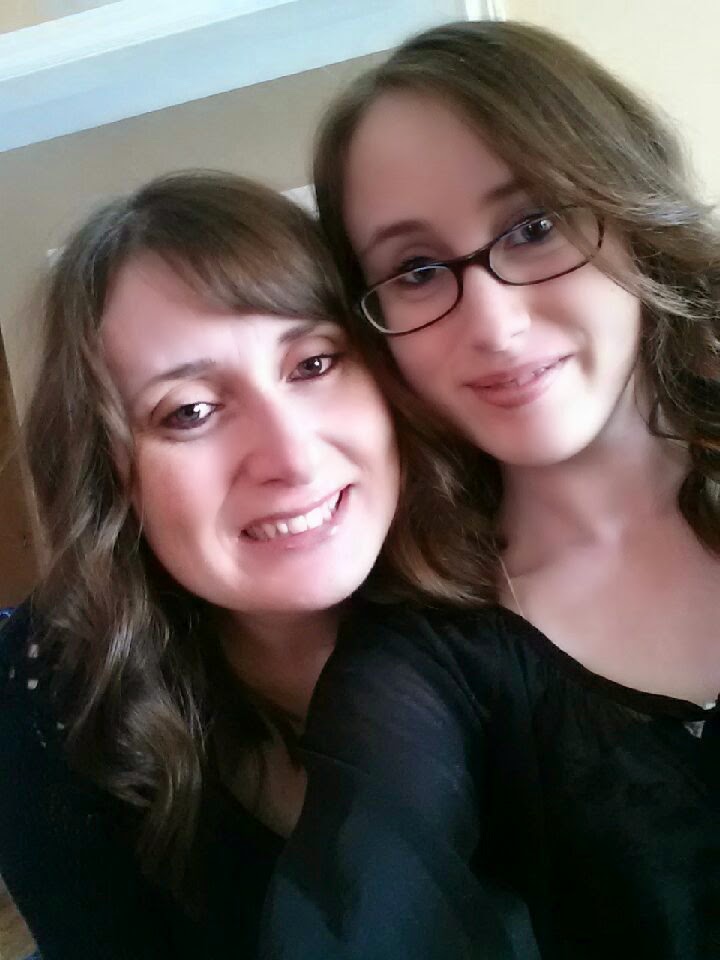 *****
Thank you, Brenda for sharing Megan's story. She is an incredible young woman, and a remarkable talent. I am so happy that our paths have crossed. Megan said in her speech, "I believe that each of us has the power to enrich the lives of others, no matter our differences." Her words are motivating and inspiring, and she makes me want to be better and do more. "Searching to belong, eager to create change, and longing to make a difference." We are more alike than I realized. 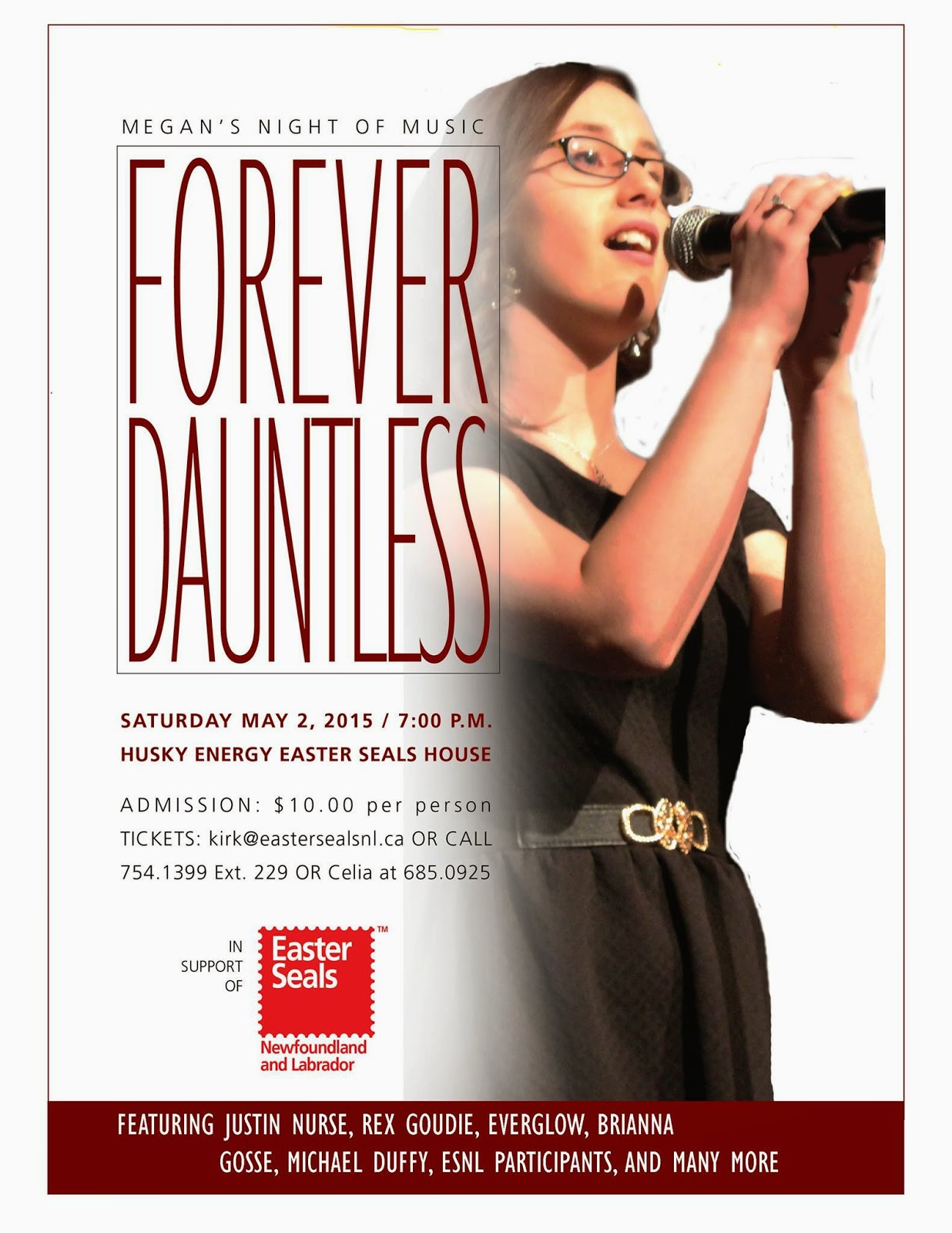