Every now and then, as often as we can, Andrew and I like to go on little adventures - road trips or 'bay-cations' (like I talked about HERE). We've had so many great adventures and visited so many awesome places around the island, mostly before I started this blog, so I haven't been able to share them, until now! I've decided I am going to start posting some of our adventures from the past few years. We've had some incredible experiences, some crazy times, and we have LOTS of beautiful photos to show for it.

I'll start with the Trinity Loop. A couple of years ago, Andrew and I took a drive out to the town of Trinity (about three hours from St. John's, on the Bonavista Peninsula). Trinity is known as the "Pearl of Newfoundland Outports" and a "Must See" for visitors to our province. It is quaint and picturesque, quiet and colourful. 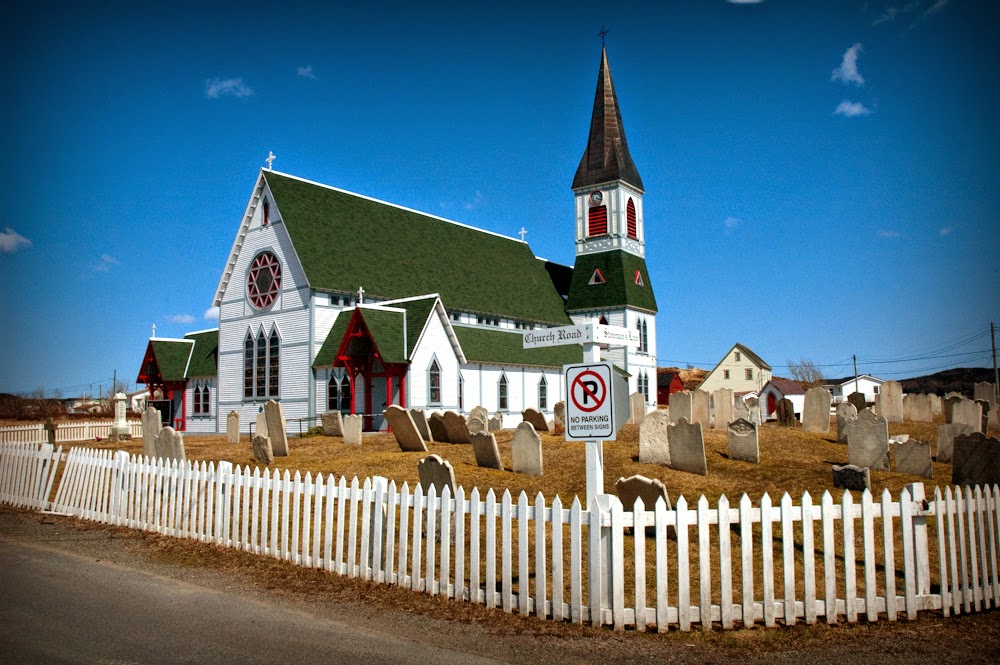 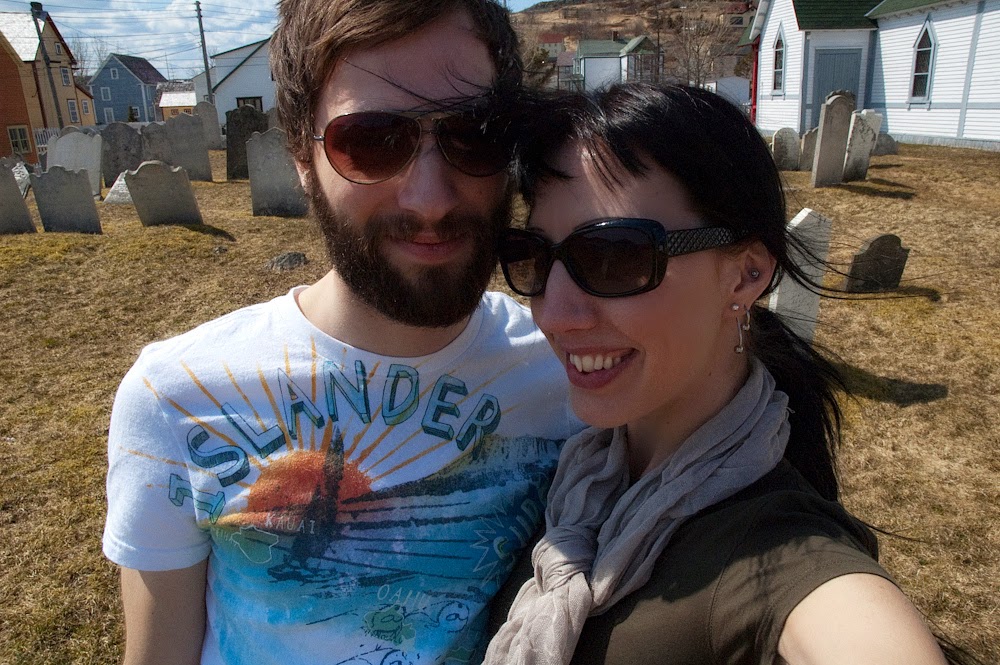 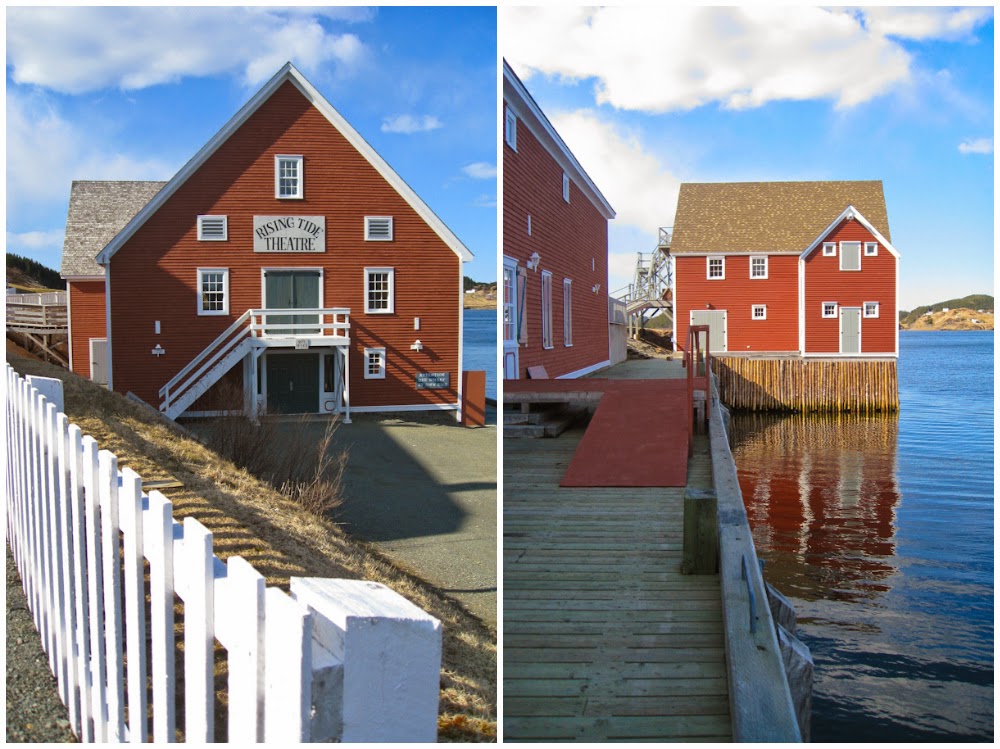 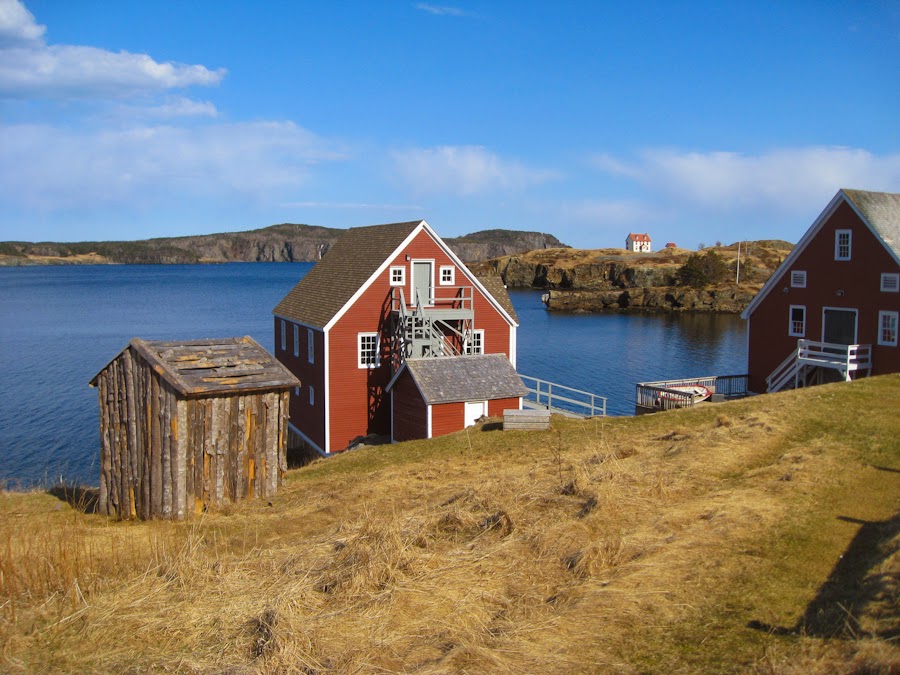 But this post is not as much about the Town of Trinity, as it is about the Trinity Loop.

The Trinity Train Loop was once part of the Newfoundland railway, until it closed in the 1980's. Instead of taking apart this stretch of the railway, it was turned over to the Town of Trinity, and then sold to an entrepreneur, who repaired it and turned it into an amusement park with a working train and passenger cars. The amusement park operated until 2004, and has been left, abandoned, ever since. 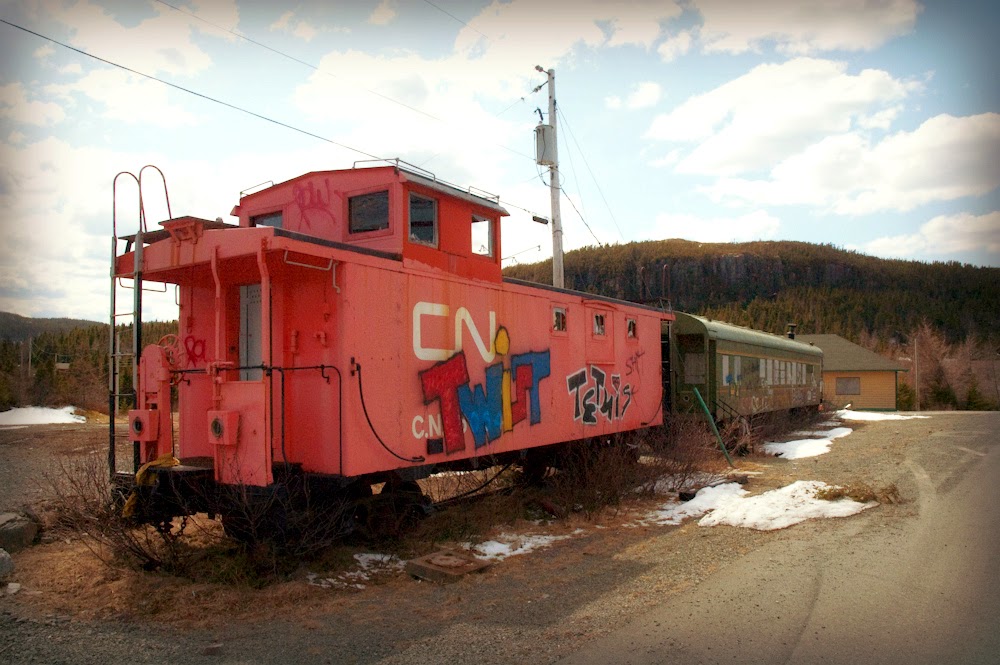 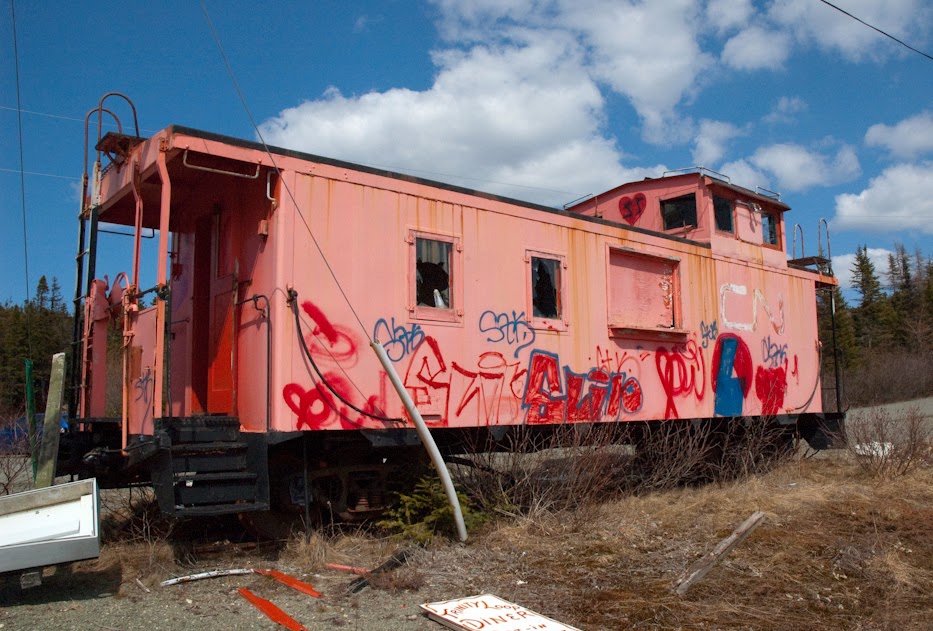 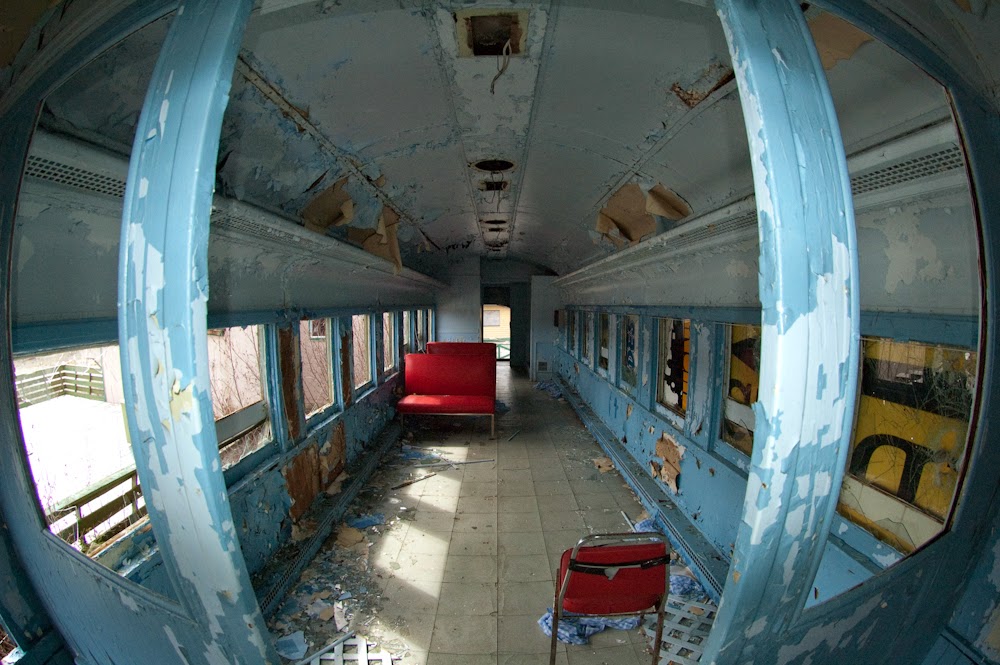 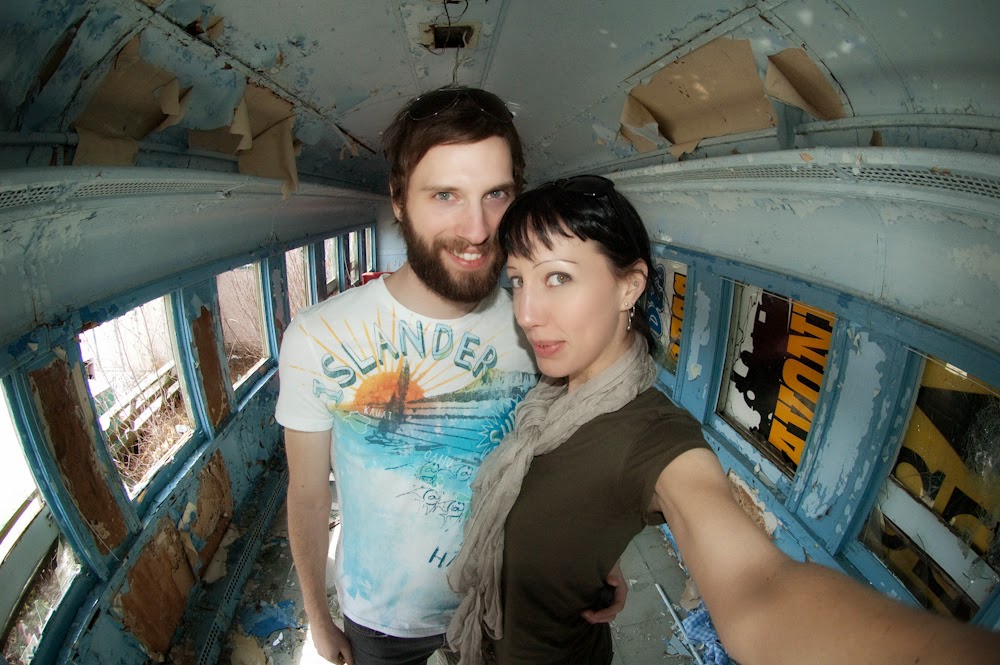 Visiting the site today, you will find old train cars in various states of disrepair.
There is a stage that once showcased live entertainment, and a canteen that apparently once sold "Good Food". 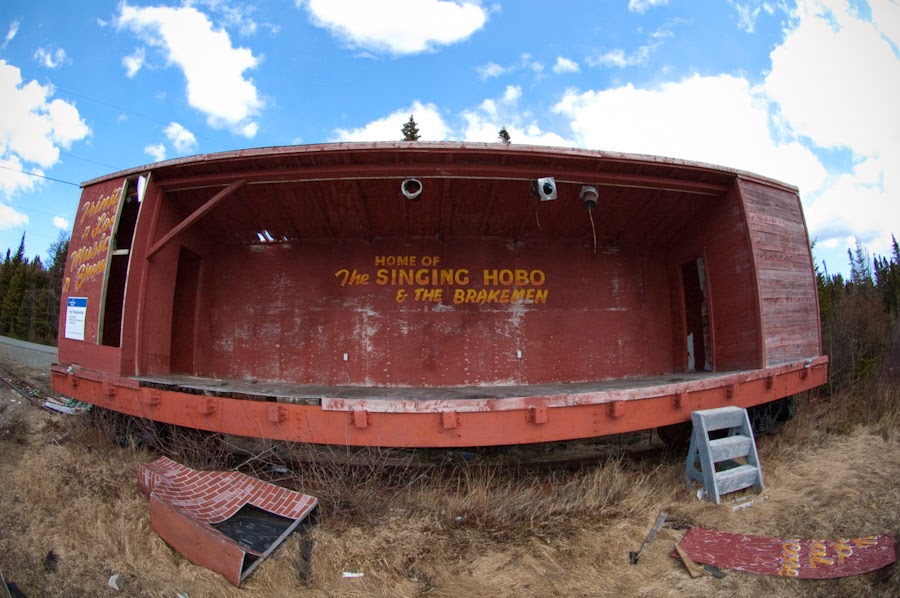 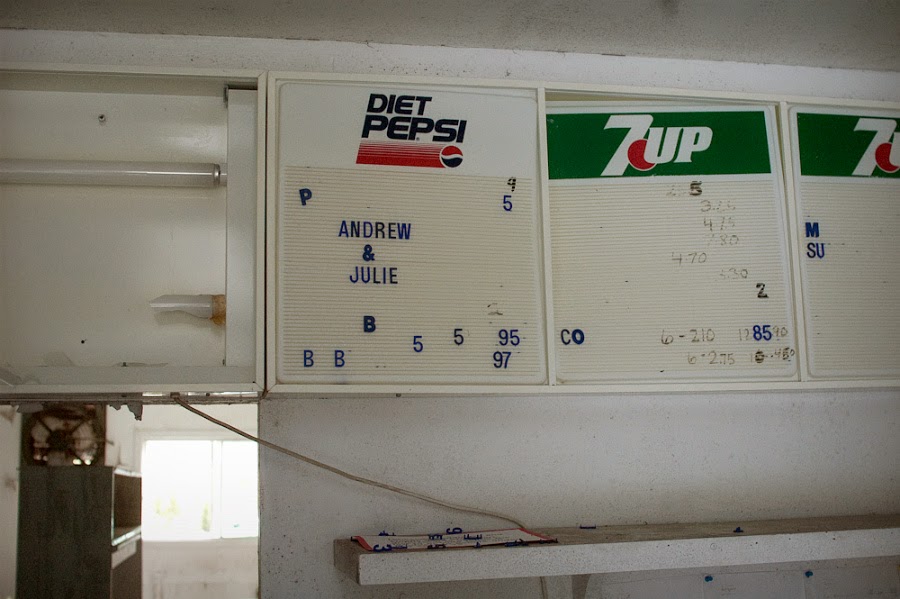 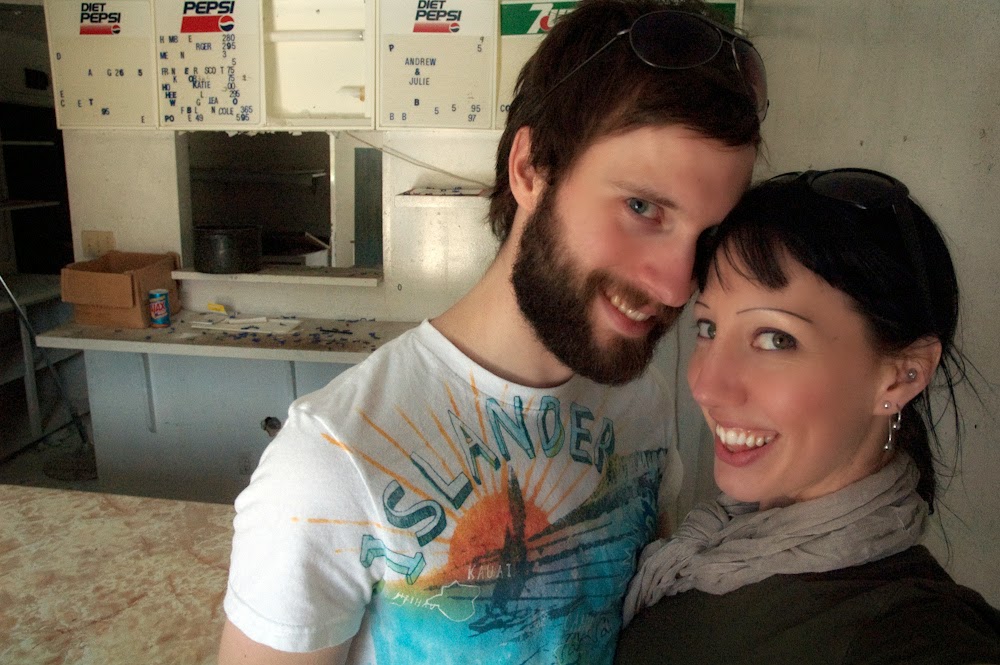 The railway was destroyed quite significantly during Hurricane Igor in 2010.
All that remains are some washed out sections of the tracks leading down to the old amusement park. 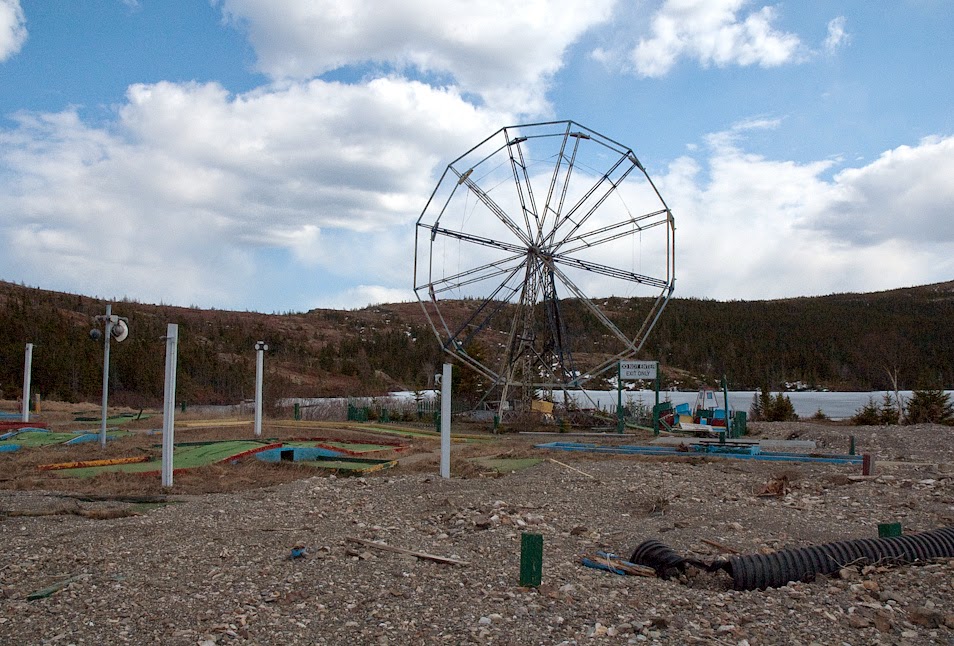 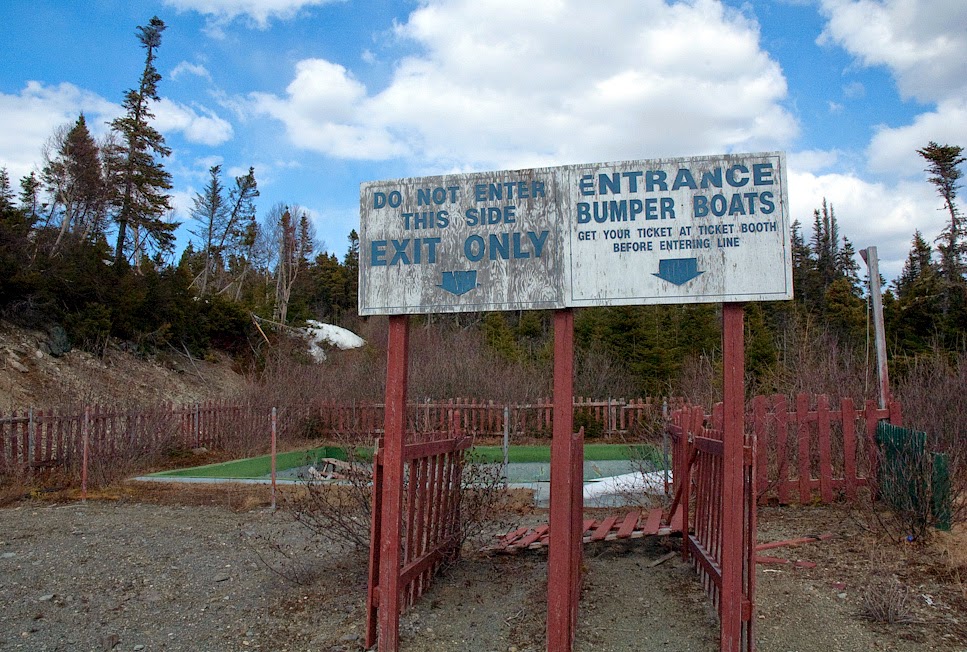 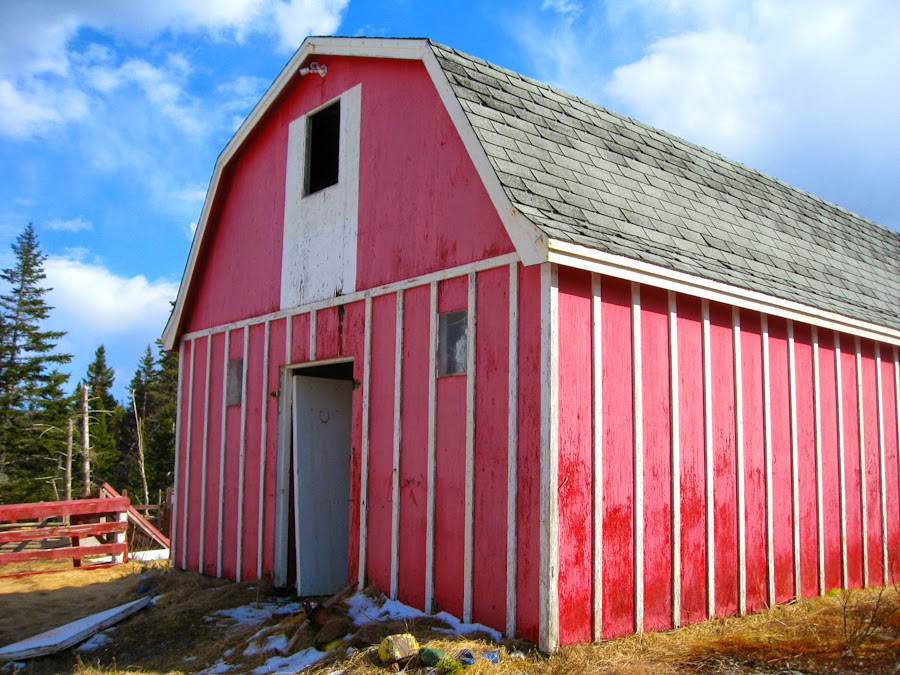 We have some wonderful memories of our time in Trinity. We had lunch at the Dock Marina Restaurant, where I enjoyed fresh mussels harvested from the waters just off-shore (we saw the nets as we drove in). Andrew had the North Atlantic cod fish cakes, which were amazing. We shopped at the Dock Art Gallery and Craft Shop, and Andrew bought me an iron letter-opener at the Green Family Forge. (There is something so romantic about opening a hand-written letter with an iron letter-opener made by a local blacksmith in an outport museum!)

Andrew and I love to explore the little nooks and crannies in the tiny communities around our province. We will continue to make our own adventures, and I look forward to sharing some more of them here on my blog! (**Our next adventure involves getting new passports! Stay tuned!)
Posted by Julie B at 7:55 AM