When Brennen was very young, we moved into a brand new home in a newly constructed subdivision. It was the ideal setting for a young family. The intertwined cul-de-sacs were full of young children and stay-at-home Moms, and the air held the promise of a beautiful future.

There was a neighbourhood playground with swing sets and climbers. There were tricycles and scooters parked on the lawns, and small dogs barked from the windows at passers-by.


Us neighbourhood Moms didn’t know each other, but we would exchange pleasantries in passing while pushing strollers or checking the community mailbox.

One day, a few of us got talking and came up with the idea of getting together with our little ones for a “play date” and a friendly chat. It sounded like a wonderful idea, so we decided on a day and time. An eager Mom offered to host the gathering, and so off we went, pleased as could be with our newly made plans and the promise of friendship.

On the morning of the play date, I packed Brennen into his stroller and we headed down the road, just a few houses away, to join our neighbours.

Now, let’s back up just a little. When Brennen was eight months old, he was given a diagnosis of cerebral palsy. I had no idea what to expect, or what that would mean for him, or for our family. Brennen was my first (and only) child, and I had nothing to compare him to. I didn’t even know anybody with a disability, so this was completely uncharted territory for me. I was still dealing with the facts and coming to terms with our situation myself, so maybe going on a “play date” with all of the neighbourhood kids wasn’t the best idea at that time, but alas, we went.

We arrived at our neighbour’s home and were welcomed inside. I noticed right away that there were toddlers busy playing outside in the backyard. There were some other little ones gathered around a huge pile of toys in the sunken living room, safely protected from the step by a large, secured baby gate.

There was a group of Moms sitting around the kitchen table, sipping tea while sharing photos and stories. Another group were deep in what seemed to be a very serious conversation about ‘Mother and Baby’ Yoga.

Looking around, it wasn’t clear what Mom owned what child.

I took a seat at the table with Brennen in my arms. After all, I wasn’t able to put him down. At just over a year old, he couldn’t sit up on his own, and he certainly couldn’t play! In fact, he wasn’t even able to hold his head up by himself, so I sat and held him. And I sat and held him. And no one spoke to me. They looked, but they didn’t speak. They didn’t ask questions, and I didn’t volunteer information.

At one point, the homeowner did offer me a cup of tea (which I would have loved!), but with Brennen in my arms it would have been impossible to drink it, and I certainly couldn’t get up to make it.

I knew at that moment that we did not belong there. I knew it because I felt it. Deep down in my soul, I knew that we did not belong, and it was a horrible, horrible feeling. It scared me. I feared for Brennen’s future, and I feared for my own. I wanted him to belong. I wanted us to belong and to feel welcome and included and involved. Ultimately, isn’t that what we all want for our children, and for ourselves?

I found myself full of apprehension, fear and sadness for the extra challenges that I knew my child would face. (Several years later, that has not gone away.)

Shortly after our unsuccessful play date, Brennen began having regular physiotherapy appointments three times a week (in addition to occupational therapy and speech therapy). At his physio sessions, Brennen and I would join his therapist on a mat in the corner of a large gym. There would be other patients having their own therapy sessions in different areas of the gym, and over several weeks I began to take notice of these other children. Though I tried not to stare, I would often catch myself sneaking glances, looking (hoping?) for similarities, and trying to overhear conversations. I would look to see if the other little boy was able to roll over, or if the girl in the far corner looked like she could sit up on her own. They seemed to be doing some of the same things we were, and working on some of the same goals. I also found myself looking to the parent (most often the Mom), and wondering how she was coping. She looked so put together. How was she managing everything? Had she accepted her child’s disability, or was she falling apart on the inside like I felt I was?

As the weeks went by, I began asking questions, and I guess the other parents had as well. The physiotherapists took note of this, and began to bring us around, one at a time, to meet the other children. There were five of them: Brennen, two boys and two girls, who were all around the same age and just happened to have therapy at the same time on Friday afternoons. Our casual meeting grew into a planned physio “play group” that we later called “Friday Friends”. They would pull all of the mats in the gym together and our five children would “play” for a full hour, while us Moms talked (cried, vented) over tea and coffee in the hospital cafeteria.

I would look forward to Fridays. I felt that I was finally in a good place, that I wasn’t alone, and that there were others who could relate to what I was going through. We shared the same fears and worries for our children. We were uncertain of what our futures would look like, and were afraid to even think too far ahead. That group of Moms became my strength and support, and though our schedules have changed, we are still close today.

I am in a much better place emotionally than I was just a few years ago, however there will always be worry. Having a child with physical and mental challenges means that there is going to be added suffering, and I carry that with me every day.

I want Brennen to have as many opportunities as he can to live a happy, fulfilling life. I cannot change the physiological parts of his body that limit him, but I can nurture his mind and his spirit. I can provide him with unique experiences and surround him with love. That last part I’ve got mastered. I love him so much that some days I fear my heart might explode.

If you are a special needs parent, let me tell you something: You are not alone. We are in this together. We are on the same team. Our children need us and we need each other. Don’t think for a second that you are alone, or that you have to figure it all out by yourself. I am in a constant state of ‘figuring it out’, but I am learning every day, and there is so much we can learn from each other. 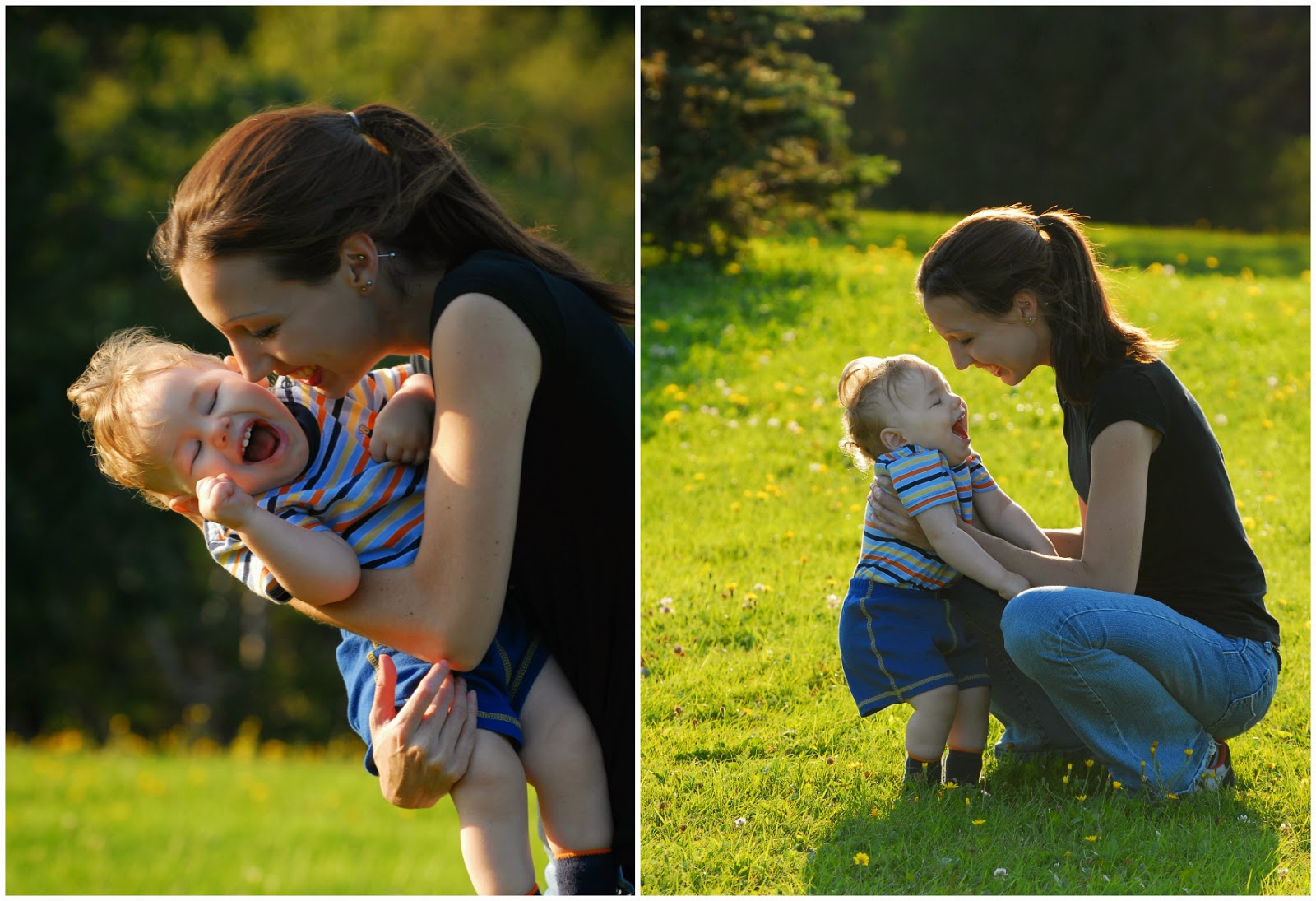 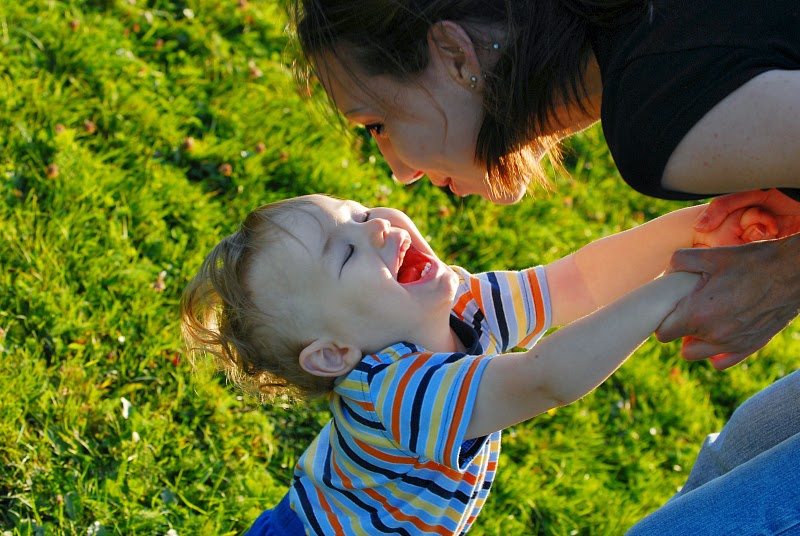 "Anyone can give up; it's the easiest thing in the world to do. But to hold it together when everyone else would understand if you fell apart, that's true strength."

*This article is also featured on Child Life Mommy!