Move for Inclusion: A film by Ben Quaiff 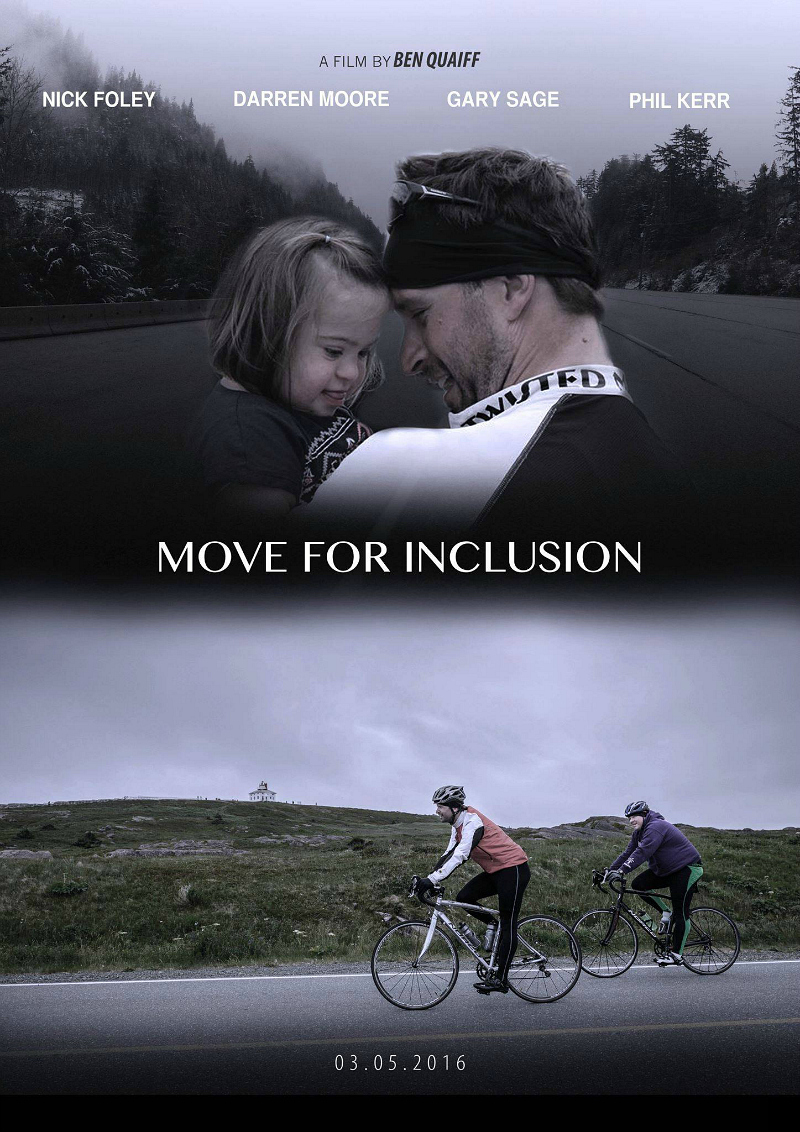 Last Summer, I introduced you to Nick Foley and wrote about his incredible journey across Canada. Move for Inclusion was a nationwide fundraising effort in which he rode from Victoria, B.C to St. John’s, NL on a bicycle over the course of 3 months. (You can see that post HERE.) Nick traveled across the country spreading the message of inclusion and the importance of acceptance without bias, and raising awareness through action and movement.

Nick was inspired by his beautiful daughter, Brynn, who was born with Down syndrome. He was inspired to raise awareness and create an understanding that all individuals, regardless of ability, are deserving of love and dignity and respect.

Nick's journey was captured by filmmaker Benjamin Quaiff, who did an incredible job of documenting both the physical and the emotional aspects of the story. It is really amazing to see the start of Nick's journey on the West coast, and to follow him across provinces, through the mountains and rough terrain, through rain, sleet and hail, making his way across the country to the easternmost point, in St. John's, Newfoundland.

There is so much emotional depth and strength that comes through in the film, as we see Nick struggle with his own challenges, missing his family and his daughter Brynn, but not wanting to let anybody down, and determined to complete this thing. Nick exudes both confidence and vulnerability. He is enthusiastic, and remains focused on his mission, driven by the desire to perpetuate an environment of acceptance and inclusivity. He tells his story and spreads his positive message at various stops, speaking at a number of schools and organizations along the way. He has a gift of quickly drawing in every person in the room, and making a personal connection. He wants to help people. He hides nothing.

Nick is joined for part of his ride by Phil Kerr, who at the age of thirteen developed lymphoma - a cancerous tumor around his spine, and lost the use of both of his legs. Phil didn't lose his spirit, as he continues to enjoy the thrill of extreme sports, riding dirt bikes, snowboarding and wake boarding. Nothing stands in his way, not even his wheelchair. Phil runs a clothing company called Twisted Mounty, and is part of the Move for Inclusion team, where he tells his story to students at public schools across Ontario.

Throughout the film, we see how the message and the movement impacts those closest to it. Darren Moore is part of the Move for Inclusion support team, and we get to witness several very touching and emotional moments between Darren and Nick. This is a film that will touch your heart and ultimately inspire you to want to do more, to be a part of something bigger. Move for Inclusion is a highly personal film that will open your mind and make you think about how you too can encourage and promote inclusion and acceptance. 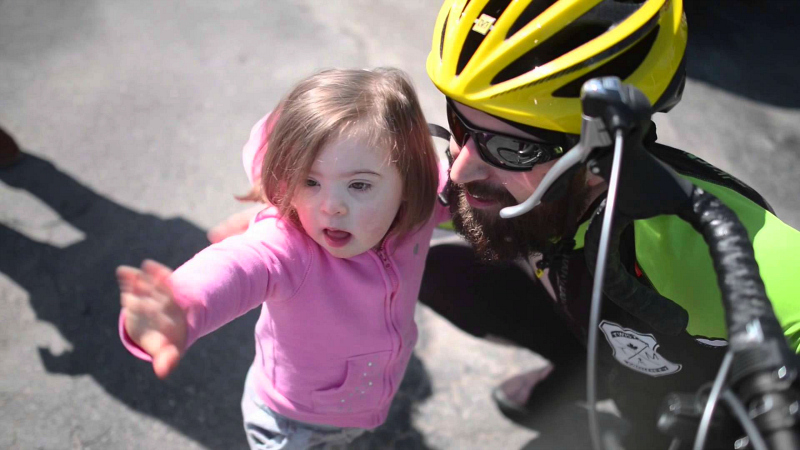 Please watch the trailer, and if you get a chance to see the film, I would love for you to do so. Films like this need to be made. Films like this need to be seen. Sharing stories of inclusion is so important. The word 'inclusion' should be viewed as a word of action and this film will leave you feeling empowered to create that action and make a difference in your own community.


This inspirational film follows Nick Foley as he completes a nation-wide bike ride fundraiser promoting inclusion of all people regardless of their exceptionalities. Watch Nick's physical and emotional journey unfold as he completes his journey towards a more inclusive Canada. 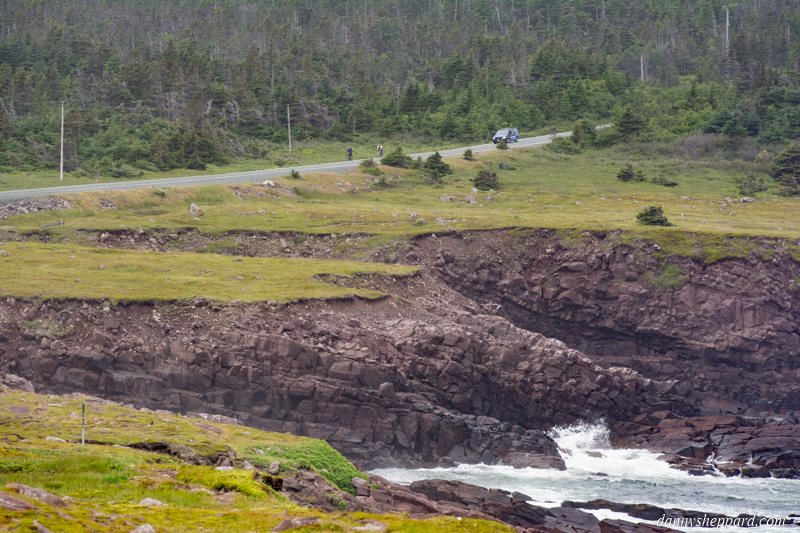 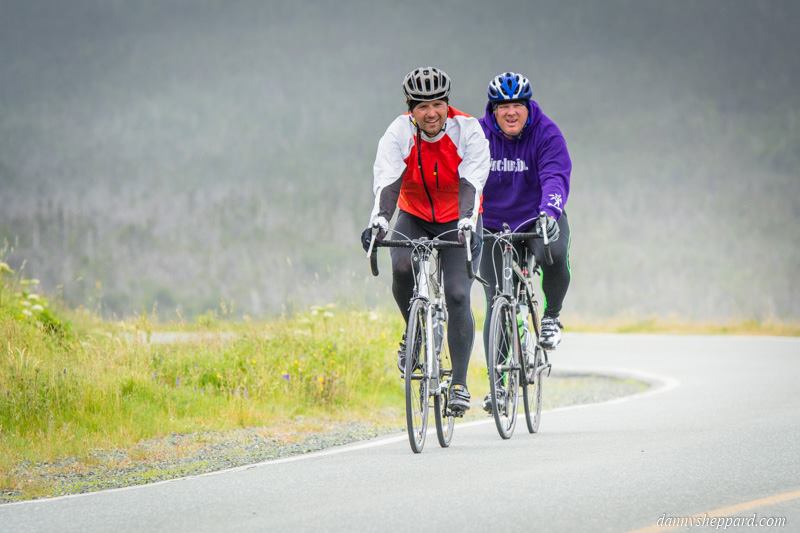 I had a few questions for Ben about how he got involved with filming Move for Inclusion, and what he took away from the experience.

Here's what he had to say:

"I had a chance to meet Nick at a wedding I was filming. He was the MC, and worked the room like no one I have ever seen before! While meeting him, I discovered that he was a recent father of a child born with Down syndrome (Brynn). I too was about to become a father, and it was easy for me to put myself in his shoes regarding the concerns and added stress that he was under in regards to the unknown medical challenges that Brynn would have to overcome. It also hit home knowing that I too would want my daughter to live in a world that was more inclusive and free of biases. We met up months later at a coffee shop. I wanted to produce a documentary for a local Film Festival (Docfest) and he wanted someone to produce a video to promote his ride across Canada. I said "I'll film a promotional video, and I'll also produce a documentary covering your journey." The rest is history! I gave Nick a GoPro and a HD handy camera to record a diary every week of his ups and downs throughout his trip. From this whole experience, I learned that we are all prone to biases, and whether we directly or indirectly know we have them it's important to bring them the surface so that we know they exist and discuss how we can move past them to become a better version of ourselves. I also learned that the power of a thought can go a really long way. I wanted to make a film. Nick wanted to cycle across Canada to raise awareness and raise money for charities that promote inclusion. By believing we could achieve these goals, we did, and that's what we hope others will do. Believe that you can make a difference in the world, and you will!"

I also chatted with Nick about his experience, and about what is next for Move for Inclusion. Here's part of our conversation:

Me: How do you feel having completed such a huge undertaking?

Nick: I guess, if I am completely honest, I feel a sense of relief that we were able to accomplish what we set out to do. There were so many pieces and moving parts in all this that had to fall into place, and with the help of some amazing people, they all did. Move for Inclusion and the Ride consumed me for almost two years with all the training and planning that had to go into it. Our goals were to get across safely, raise awareness and raise money for charity, and we were able to do all three, which I am very grateful for.

Me: What did you learn along the way?

Me: What is next for you?

Nick: Me personally, I am currently writing a book based on my riding and Move for Inclusion experience, in hopes that it will help others do things that they have always wanted to do. I am looking at new opportunities for Move for Inclusion, not exactly sure what we are going to do next. I do however, know that we need to build on the momentum we gained with the Ride. And most importantly, I am spending lots and lots of time with beautiful Brynn.

Me: What would you like people to know about individuals with disabilities?

Nick: I just want people to understand that we all matter! That it does not matter what your diagnosis or exceptionality is, what matters is that you are human, and as such, deserve all the same rights and liberties as everyone else. I think if we can continue to work towards that, we are building towards a more inclusive Canada.

Visit www.moveforinclusionfilm.com to request a copy of the film!
Posted by Julie B at 8:57 AM