A little while ago, I came across a beautiful blog called "Ethan's Steps: A Walk with Hemophilia". In her blog, Kerilynn shares her experiences raising a son with hemophilia. Hemophilia is a rare and severe bleeding disorder. When someone has hemophilia, their blood does not have enough clotting factor, which is a protein in blood that controls and stops bleeding. Kerilynn writes not only to reflect on their journey, but to educate others as well. I have learned so much about this condition from reading Kerilynn's posts, and I am thrilled to be able to share her story with you here today! Before Peter and I ever learned that we were having a baby, we knew the potential was there that I could be a carrier for hemophilia. This was based on my family history and the way hemophilia is passed down. Since my Mom is a carrier, it meant there was a 50% chance I would also be a carrier. However, we talked about it countless times and we felt that it didn’t really matter to us - we knew either way we wanted to have children. We opted not to have genetic testing done because we felt it would cause added stress to my pregnancy. No doubt, knowing something like that would play on your mind over the entire nine months.

Leading up to my delivery I told my doctors that there was a chance I would be a carrier. I had testing done to see if I had a deficiency for factor eight myself (which is not uncommon in female carriers), but my levels came back fine. It was also charted in my file for the doctors and nurses to see before I went into labor. They knew that as soon as Ethan was born I wanted him to be tested for hemophilia.

On April 25, 2014 at 2:25pm I delivered a healthy baby boy. Ethan weighed in at 8lbs 7oz and was 56cm long. I had a great delivery and things were going extremely well… Until that night when we noticed that he just would not settle. At around 2:00am, Peter and I noticed that Ethan’s right ear was folded down a little and a lump had formed on his head above his ear. At that time we thought it was from the use of forceps during the delivery. The nurses assured us that’s what it was and we were fine with that.

Overnight it continued to get worse, but thankfully the pediatrician came in to see him right away the next morning. As soon as he saw him (and realized my family history) he knew something wasn’t right. After much observation and testing, they decided to transfer Ethan to the Janeway for further testing, as the resources they had available at the Carbonear Hospital were limited. We knew this was the best decision, and he would be in the best hands at the Janeway, so we quickly packed up our things and followed behind.

That morning seemed like an eternity, yet it was a complete blur. The drive in town, following behind the ambulance, I remember Peter and I having normal conversation like nothing was going on - I’m not sure if it was our way to try and not think the worst of things, or if it just hadn’t sunk in yet.

When Peter and I arrived at the NICU, we weren’t allowed in to see Ethan right away. He had to be stabilized and observed by the doctors before we could see him. I will NEVER forget the look on the nurse’s face as she left the NICU. She put her arms around me and gave me a hug, and I knew then that this was serious.

When we walked in to see Ethan, everything seemed so foreign. We were in a strange place full of unfamiliar faces as they maneuvered around all sorts of medical equipment. Ethan lay there with what seemed like a million wires and tubes hanging from him. My heart sank. In the hour that it took us to get to St. John’s, the swelling around his head had gotten so much worse; he didn’t look like the same baby.

I remember being overwhelmed with the jargon the doctors were speaking and all the scenarios they had thrown at us. Because the swelling and bleeding was so substantial, the doctors were extremely worried about the damage it may have done. They were worried the bleeding may have spread to his brain, which in turn could cause brain damage and affect his development. They were also worried because of the amount of blood that his body had lost (i.e. more than half of the blood in his body went to the bleed in his head), that it would affect his vital organs. When all of these possibilities were tossed around, Peter and I really had no idea what to expect. I remember sitting in a quiet little room in the NICU, just the two of us, while we waited to speak to the doctor. I leaned over and asked Peter if Ethan was going to live…

At that point, the doctor couldn’t assure us of anything. I do remember, though, that he just could not understand why my delivery had gone the way it did given my family history of hemophilia. Then the guilt set in. I felt so guilty because I had wanted a natural delivery. I felt it was my fault for not wanting a caesarean section. I know the doctor used the forceps to help speed along my delivery, which should have never happened, but I still felt at fault. I knew if anything happened I would never forgive myself.

When the doctor asked our opinion, we both agreed that given his situation if Ethan got through this and was ‘healthy’, but had hemophilia, we would be over the moon! That would be our best case scenario.

After two weeks in the NICU, numerous blood transfusions, countless tests and scans, around-the-clock care, and days of intense treatment, it was confirmed that Ethan was, indeed, a hemophiliac. We spent every waking moment sitting by Ethan’s side. Holding him, rocking him, feeding him, talking to him, and just being there for him.

We ensured we were there every morning for “the rounds” the NICU team made so we could hear what they had to say about Ethan in order to update our family and friends. We quickly picked up on medical terminology that once seemed so strange to us. After a few very long, stressful days we could tell he was progressing; things were starting to look up. Thankfully, all of his ultrasounds, MRIs, and CT scans came back normal. Our prayers had been answered and Ethan was going to be normal, healthy baby boy – with hemophilia.

We knew this was something we could learn to live with; that with help from the hemophilia team at the Janeway, and the support of our friends and family, this would be a new ‘normal’ for us. And a new ‘normal’ is exactly what it is. It’s all that we’re used to now, and all that we will ever know. Not only is hemophilia a part of Ethan’s life, but it’s a part of our life too. 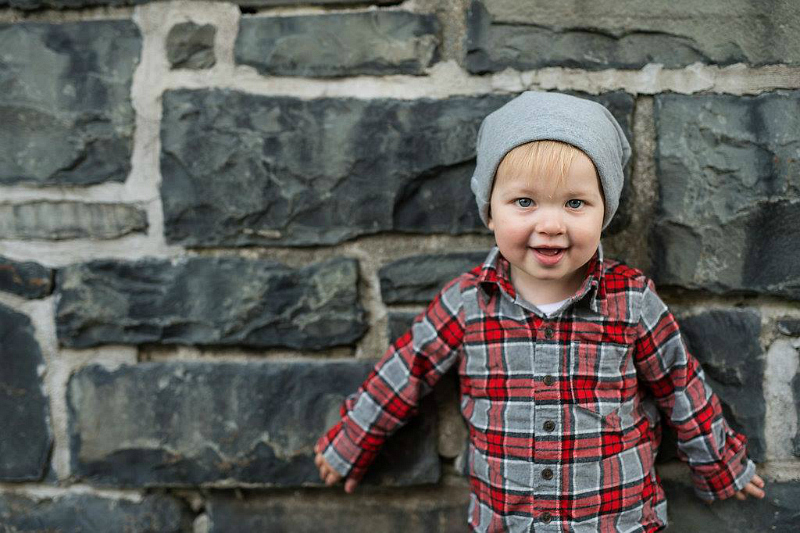 Ethan has severe Hemophilia A. This means his body produces levels of less than 1% of factor eight protein. With Ethan’s factor eight levels being so low, his blood cannot clot properly when he bleeds. Where does the problem lie in this? This causes an extremely high risk of bleeding when he gets a bump or bruise of any sort. While Ethan’s energy level as a toddler has certainly increased and he has become much more active, exploratory and ‘crazy’ (as we like to call it), his hemophilia has been very agreeable. He has had no unusual bumps, bruises, or bleeds, and nothing that required extra treatment lately. For that, we are thankful!

A little over a year ago (February 2015), Ethan had surgery to insert a port-a-cath so we would be able to treat him regularly at home. I can’t believe the difference Ethan’s port has made to the quality of his life – and ours! We have a routine; and a good one at that! Like I’ve said a many times before, this has become our normal… In fact, it’s ALL we know! In between morning showers, getting dressed for daycare, eating breakfast, and packing lunches we take ten or fifteen minutes out of our morning to access Ethan’s port so he can have his dosage of Advate (Factor VIII replacement). This happens three times a week in the comfort of our own home. And while it may sound like an inconvenience to some of you, it is NOT. It’s not an inconvenience when you can see how ‘normal’ it lets him be. We are so blessed to be able to provide Ethan treatment from home rather than having to rely on a doctor to do this. 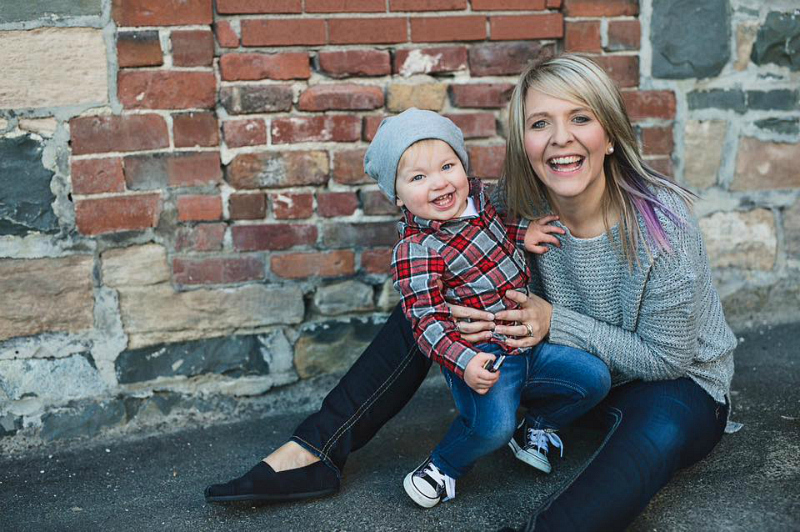 We are counting our blessings with how fortunate we have been with Ethan’s hemophilia thus far. Ethan has grown and developed so much in the last few months, but his dosage of Advate remains the same. Well, for now anyway. Until anything changes, I’m sure he will continue to be the energetic, dare-devil little boy that he is! For someone who should be laid back, careful, and cautious… he is NOT. He is active. He is rough. He is rowdy. He is very high energy. And he is downright ‘crazy’. But, that’s who he is and we certainly love him for that! We would be worried if a day went by where Ethan wasn’t climbing on the kitchen table or hanging from the kitchen cupboards. It wouldn’t be a ‘normal’ day at our house if Ethan didn’t try to jump off our bed or climb onto his change table all by himself. This is who he is! And, not only have we accepted it… we have embraced it! He has become this independent little boy who loves to do things on his own. There’s not a day that goes by that we aren’t amazed at the list of things he is able to say, do, or ask for. It truly is amazing how quickly he is growing. 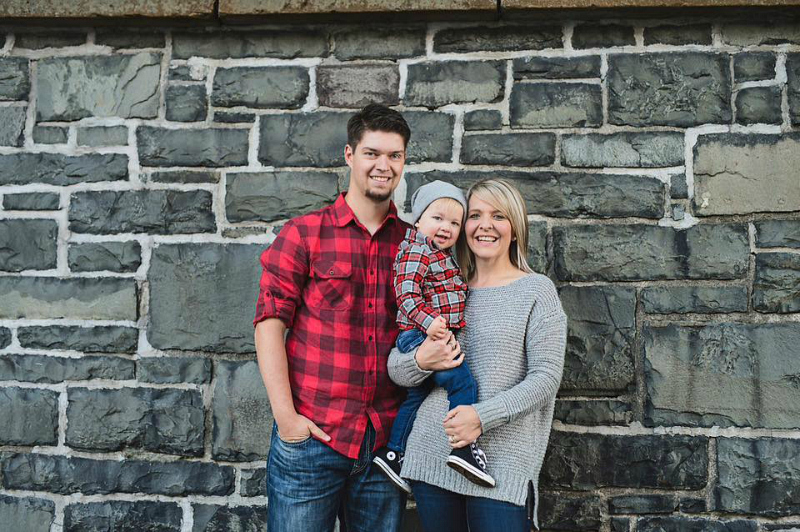 Thanks so much, Kerilynn, for allowing me to share Ethan's story here. What an incredible little boy you have! I am so happy to hear how well he is doing, and I am thrilled that you are able to manage Ethan's treatments at home. Anything that allows you to spend more quality time together as a family, and less time in the hospital is a bonus!

I just love this Tulip Tales series! I always learn so much.. most of all, the fact that we are all celebrating our unique journeys and all of the things that make life interesting and meaningful and hard and good. Thanks for being here and for reading these stories. I am always so humbled and grateful to share them.

Be sure to stop by Kerilynn's blog for updates on how Ethan is doing!  Ethan's Steps: A Walk with Hemophilia