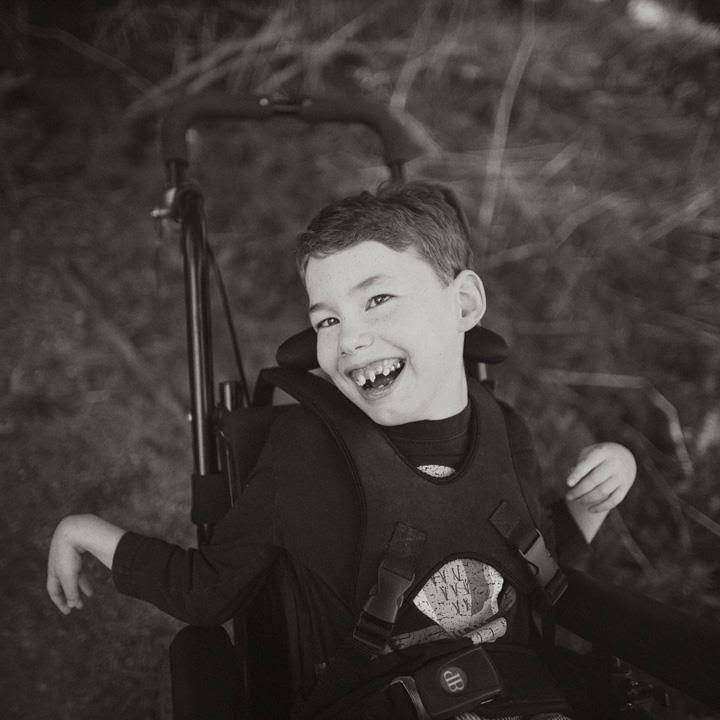 First, here is a little background on Cerebral Palsy. Cerebral Palsy is not a disease. Cerebral Palsy is an umbrella term for motor disability. It is caused by damage to one or more areas of the brain, usually occurring during fetal development; before, during, or shortly after birth. “Cerebral” refers to the brain and “Palsy” to muscle weakness. Cerebral Palsy itself is not progressive (i.e. brain damage does not get worse); however, secondary conditions, such as muscle spasticity, can develop which may get better or worse over time. Cerebral Palsy is not contagious. It is not genetic, and is not hereditary.

We are not sure why Brennen has CP, but we are sure that he must have suffered a lack of oxygen to the brain before birth, either due to a stroke in-utero, or if the umbilical cord was tight around his neck.

Brennen was born full-term, two days before his due date, in Sacramento, California. It was a normal pregnancy and delivery, although I replay it constantly in my mind, trying to recall if there was something I’d missed. I was sent home from the hospital with a “healthy baby”, and we were over the moon with joy and love for our precious baby boy! Until.. he started crying…and crying…and crying. He would not stop. Ever. You might think I am exaggerating, but it is the truth. He didn’t do anything but cry for 5 whole months. I knew there was something wrong, but had no idea what. We went back to our doctor every other day.  She told me he was a “colicky baby” and he would outgrow it. That didn’t happen. Feeling like I was not being taken seriously, and getting no sort of resolution, Brennen and I left California and came home to Newfoundland where we had the loving support of my family. 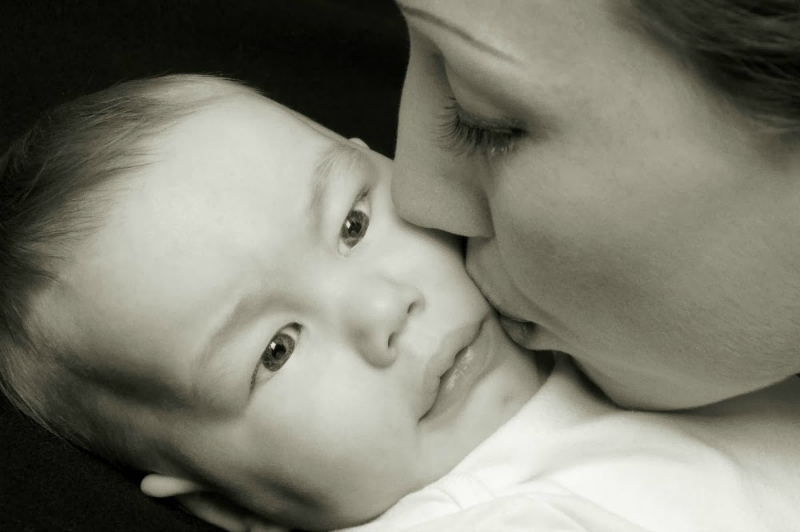 Almost immediately after arriving back home, we got in to see a pediatrician at the Janeway Child Health Centre. Though I knew there was something wrong with my child, I was not prepared for what I heard on that first encounter. Words like “serious”, “urgent” and “critical”. All of a sudden we were in an emergency situation and needed a battery of tests to be done right away! We were sent to neurology, cardiology, genetics, ophthalmology and audiology, among others. Brennen had a CT Scan, MRI, EEG, EKG and ultrasound all the matter of days. It was a whirlwind of tests and probes.  I couldn’t believe what was happening. I knew that Brennen was behind on his milestones (ie. hadn’t met ANY), and I knew something was not right, but I wasn’t prepared for what they were about to tell me. My perfect little baby boy had something seriously wrong with him and there was nothing I could do about it. It was such a helpless feeling. I knew they were testing for conditions that I couldn’t even bring myself to contemplate. We were referred to physiotherapy, occupational therapy and speech therapy, all to begin immediately. 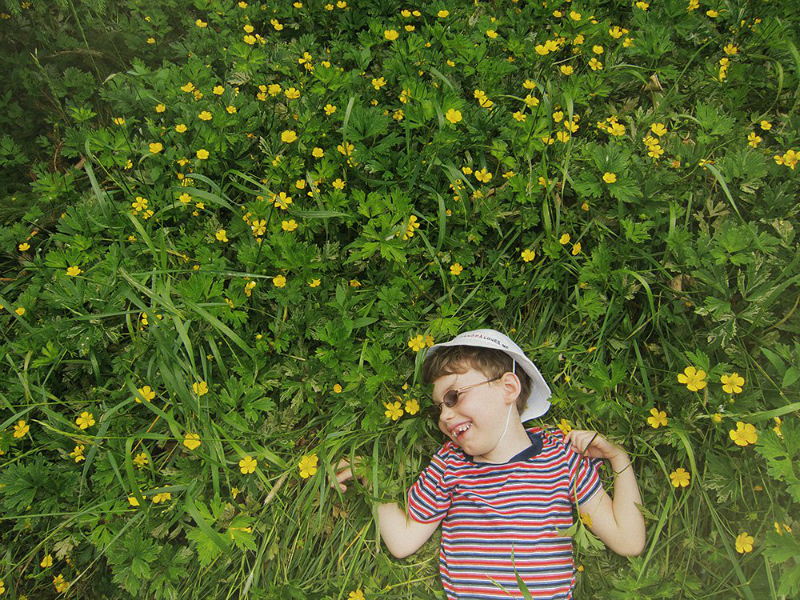 As well as I think I handled the diagnosis, I was surprisingly knocked off my feet by the suggestion that I join a “CP Support Group”. Was it THAT bad that I needed a support group?! Support groups, I thought, were for people dealing with some sort of horrific tragedy or loss. I wasn’t one of those people, was I? What I was about to learn was that I was going through both of those things, and all of the emotions that go along with them. The tragedy of what had happened to my perfect unborn baby, and the loss of the child that I thought I was going to have. It was a mourning process, for sure.

When I think back on those early days, when I thought I was alone in the world, and that I would never have any sort of “normal” life again, I wish I could go back and tell myself that it really was going to be ok. When I look at our life now, and look at my sweet eight-year-old son, I could never imagine life without him. Brennen is a happy little boy who loves life and spreads that love with everyone who knows him. He brings us so much joy every day and has taught me more about life than I ever could have imagined. 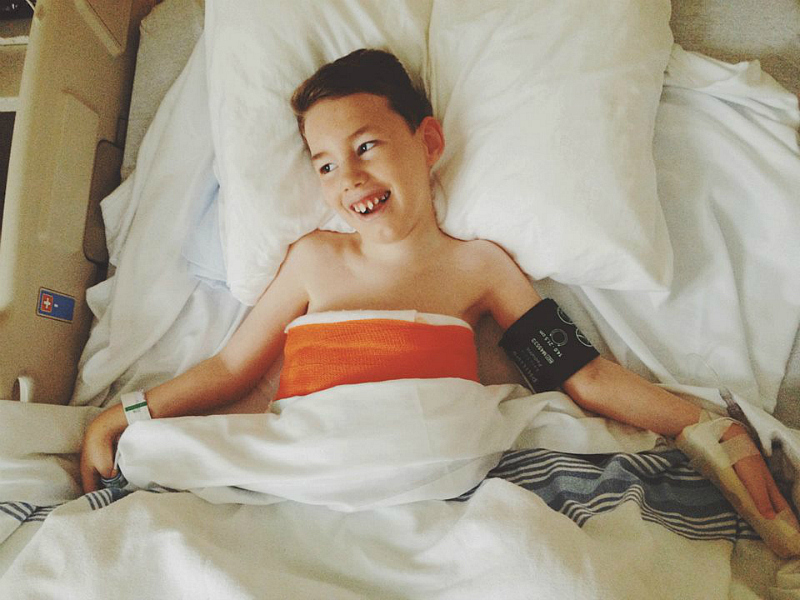 The past eight (almost nine!) years have been filled with doctors’ appointments, surgeries, therapy sessions and ISSP meetings. We have had struggles with the school system, and with the benefits of “inclusion”. We have spent a small fortune on medical equipment and therapy devices. We have learned who our friends are and who they are not. There have been dark days, but they make the good days that much better. This whole unexpected journey has taught me so much about myself, my relationships, and about love in general. I never could have fathomed that in such a short time, Brennen would change my world in the best way possible. Life is good, because he is in it. 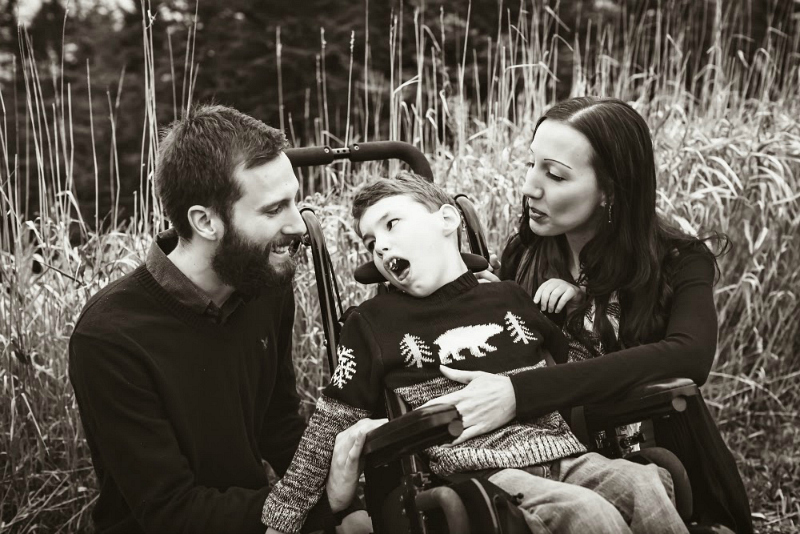