Rare Disease Day takes place on the last day of February each year. The main objective of Rare Disease Day is to raise awareness amongst the general public and decision makers about rare diseases and their impact on patients' lives.

I wrote about Rare Disease Day last year - you can see that HERE.

The theme of Rare Disease Day 2016, "Patient Voice", recognizes the crucial role that patients play in voicing their needs and in instigating change that improves their lives and the lives of their families and caregivers.

I was invited to attend a Rare Disease Day 2016 event held at the MUN Medical Education Centre. This event brought together parents and health care providers, and featured some wonderful speakers with their own unique perspectives on rare diseases.

Dr. Kathy Hodgkinson is a researcher at Memorial University, who spoke about the importance of rare disease research here in Newfoundland. Dr. Hodgkinson talked about her work with families who carry the gene for the rare but deadly arrhythmogenic right ventricular cardiomyopathy (ARVC) - a form of heart disease that usually appears in early adulthood and causes sudden cardiac death. She described the impact her research has had on these families, since they are now able to identify the gene responsible for ARVC.

Lucy-Anne Vokey is a former teacher and parent of three children (including Hannah, who I wrote about HERE). Lucy-Anne spoke about the joys and challenges of parenting a child with a rare diagnosis.

Terry Kelly, one of my favourite humans (see HERE and HERE) was the Keynote Speaker for the event. Terry is a paralympian, singer, songwriter, entertainer, and lover of life. At the age of two, Terry's eyes were removed due to retinoblastoma, a rare, hereditary form of cancer. At the age of seven, he left his home in St. John's, Newfoundland to attend the Halifax School for the Blind in Nova Scotia. It wasn't easy for either Terry or his parents, but the difficulties initiated Terry's quest for challenge, developed his love of life and nurtured his musical talent. Terry uses his life experiences to touch the hearts of many and has motivated tens of thousands (including myself) to overcome personal challenges and live their lives to the fullest. 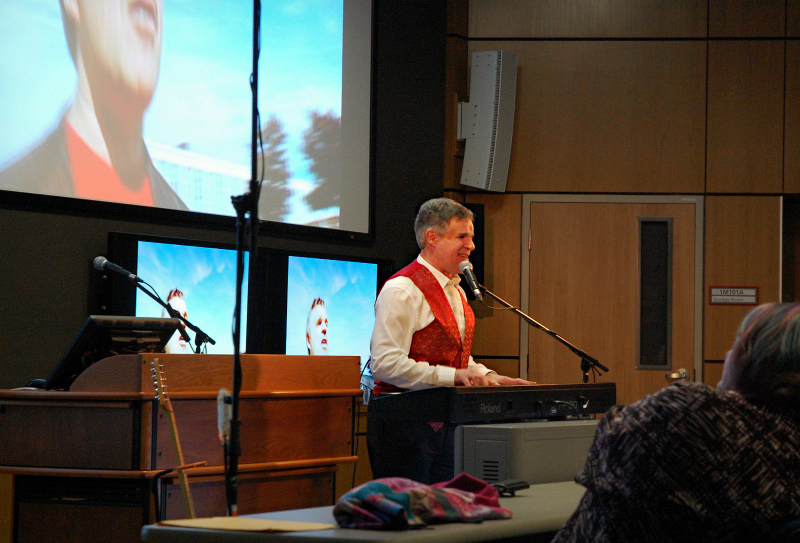 It was a special event, made notable by the powerful stories that were shared by some really special people. Lucy-Anne spoke so beautifully and emotionally about her daughter, describing many of the stresses involved with medical appointments and navigating the education system. She spoke to my heart when she talked about how much she has learned from her child, concluding with "We've come to realize that Hannah is our teacher, not the student."

Terry talked about his experience growing up, going to the School for the Blind, and how his parents had the incredible courage to send him there, knowing it would be the best place for him to learn and grow and gain real life experiences.

Terry also talked about his visit with my family over Christmas, and how he felt the love around Brennen as soon as he entered our home. It was very touching. I always appreciate when someone else can see and experience what I do every day - the joy and love around my little boy and the energy that comes from him is hard to describe in words, but Terry picked up on it right away. He ended by saying, "I hope you all have the opportunity to let someone like Brennen hug you with their beautiful light." 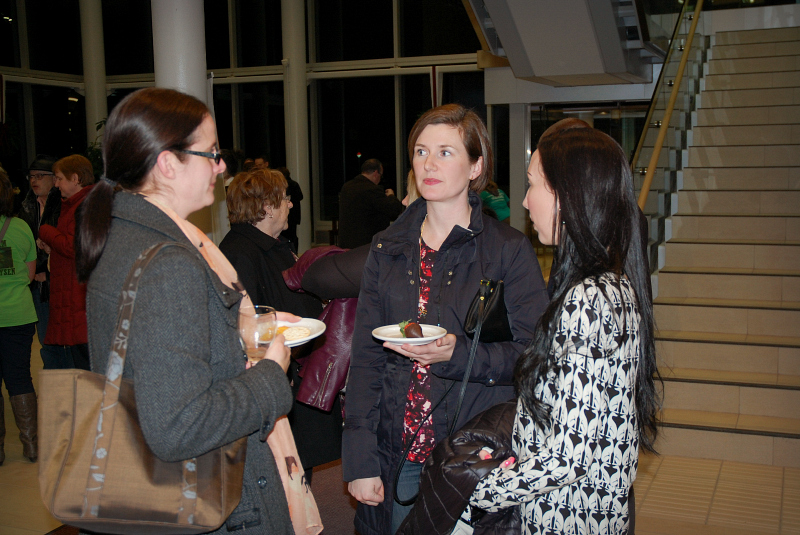 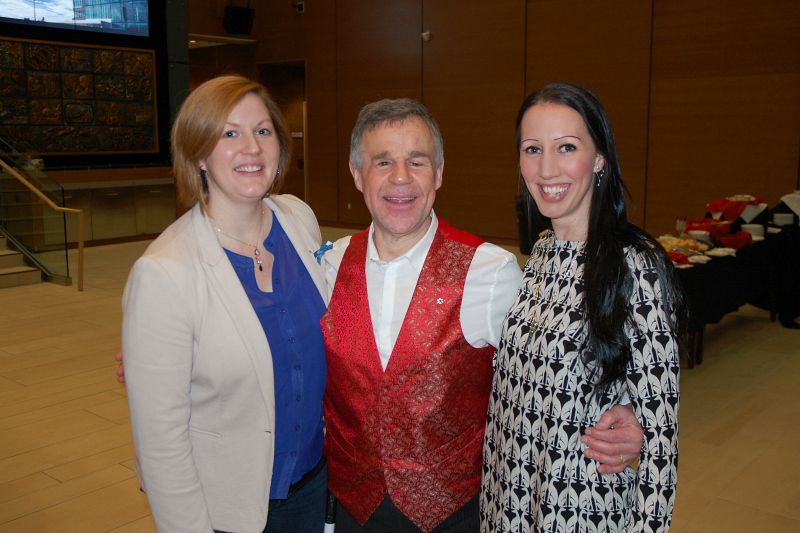 A rare disease is any disorder that affects a small percentage of the population. Although the diseases may be rare, the number of people fighting them is great, and the patients and their families share a common struggle. Families touched by rare disease are often left in the dark with little or no community support, advocacy or outreach programs. We need more events and opportunities like this one - with doctors and nurses, therapists and researchers, families and caregivers, all coming together for a common purpose - to raise awareness of rare diseases and to bring compassion and understanding to those who live with them.


We will celebrate, celebrate life
Find the joy in the journey
And shine our light.
Many hearts, many minds grow hope and make us strong
Together we’ll overcome and celebrate life