Terry Kelly: The Power of the Dream

If you were to ask a Newfoundlander if they know who Terry Kelly is, most would say "Is he the blind guy who plays guitar and sings that song about Remembrance Day?"

It's true, Terry Kelly is a Newfoundland-born singer, songwriter, and composer of "A Pittance of Time", the powerful song that circles the globe every year around November 11th and pays tribute to veterans, peacemakers and heroes. Many may not know that Terry is also an accomplished athlete. He was a member of the Canadian Track Team that competed in the 1980 Paralympics, and he was the third blind person in the world to run a mile in less than five minutes! Terry has completed countless triathlons and road races including the 2015 Tely 10 right here in St. John's.

In March 2014, Terry joined two other visually impaired adventurers who journeyed by horseback on a 3-week guided expedition in Argentina. The group travelled into the heart of the Andes as part of a vision quest documentary, "Blind Spot; Moments Unseen". The film chronicles a voyage of self-discovery and expands our perspective on what we see, what we can't see, and what we overlook.

Terry is blind as a result of hereditary cancer called retinoblastoma. When he was a very young child, he had both of his eyes removed. He has two brothers, a sister, and a son who have also lost one eye from the disease.

Terry was recently invited to be the keynote speaker for the RE/MAX Cape to Cabot Speaker Series, and I was very excited to attend his presentation!

Cape to Cabot is Newfoundland and Labrador's premier road racing event, beginning at historic Cape Spear, and finishing at Cabot Tower in St. John's. The race is very popular among serious runners, selling out every year well in advance of the start date. The 20 km course is one of the toughest they will ever face, but covers some beautiful and historic ground along the way.

I arrived at the Marine Institute on October 17th, along with 450 runners who were picking up their registration kits. I quickly realized that I was most likely the only soul there who was NOT in the race, and so I made my way to the Hampton Hall Lecture Theatre, feeling totally inadequate, but excited to take in Terry's presentation!

It wasn't long into his talk that I realized I was in exactly the right place.
I was exactly where I needed to be at that moment.. at this moment in my life.

Terry’s “Celebrate Life through the Power of the Dream” presentation is about individual triumphs, overcoming real or imagined disabilities and having respect for oneself and others. Terry believes that it is important to consider mistakes as opportunities to learn, and he is convinced that believing in yourself is the key that will open doors to a rewarding and successful life.

Terry shared many of the tools and skills he uses to transform challenges into gifts and how to use those gifts to inspire individuals to motivate and help themselves and others. 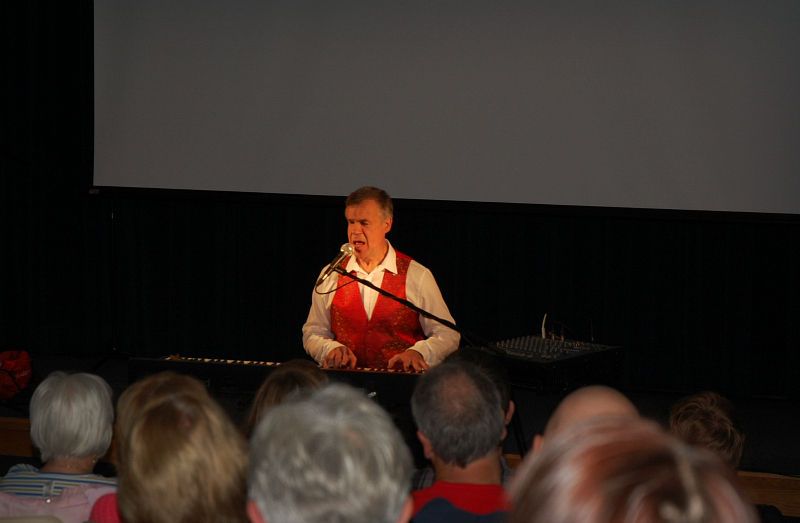 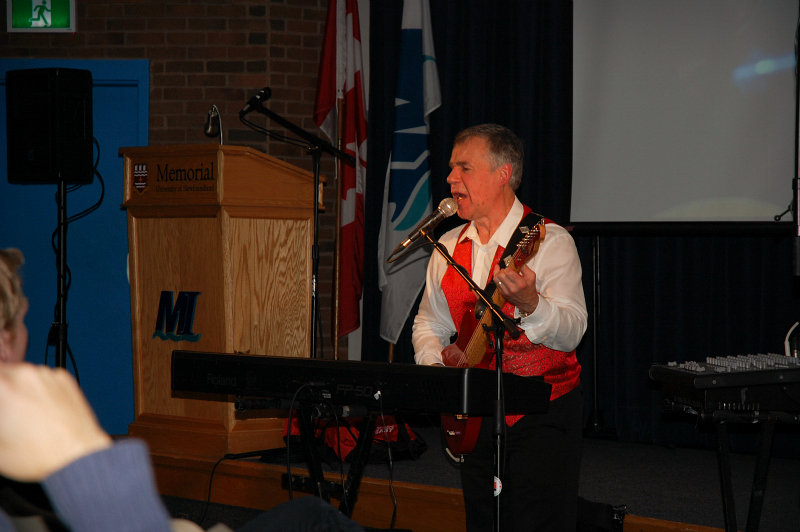 Terry shares his message through words and music, captivating the crowd with several of his original songs that day. He sings as if he's telling a story, and I swear his voice was the only sound on the island at that moment.

Terry talks about "Dream Adjustment". "I had a dream to play hockey, and I didn't think it could be." He told the story of how he learned to play hockey as a young student at the Halifax School for the Blind in Nova Scotia. They used a tin can instead of a puck, so they could hear it, and they put buzzers on the nets to know where they were. He says, "Throwing away the puck and embracing that tin can wasn't going to put me in the NHL, but it brought me thousands of hours of joy playing hockey with my son, and playing hockey with my friends. I was a hockey player. I am a hockey player, because of that little dream adjustment."

He asked the audience to think about our own lives, and where we might be depriving ourselves because of what he calls 'excuse-itis' - because of age, because of our jobs, because of whatever. "Please don't deny yourself, don't let your dreams be taken away. It's only you, and only me who can stop ourselves from enjoying what we want to enjoy. Our subconscious mind is stopping most of us from doing a lot of stuff that we want to do. There are ways to do the things we want to do, just maybe with a dream adjustment."

He talks about discovering our purpose, taking care of our bodies and being balanced from a spiritual, mental, social, emotional, physical and financial perspective.

"Typically, we need to have other people with us and around us to support us, to love us, and to share with us our goals and the things that happen to us in life, but if we don't start from right here, if you don't start with you, nothing happens."

The Power of the Dream is intended to encourage people of the world with or without eyesight to review how we see ourselves; in short, so that we might respect and celebrate our differences.


"Changing what it means to be blind.
Step by step one day at a time.
Still much to do but it shall be
That the sighted eyes of the world will be able to see
And there will be changes."

I know that personally, since becoming the parent of a child with special needs and entering into this world of 'disability', my eyes have been opened to the broad spectrum of beauty, the value of uniqueness and the common thread that binds us all, regardless of ability. I care more, and not only because I have a child who connects me to this greater community, but because I have learned from individuals like Terry Kelly to see people for their hearts, their capabilities, their spirit and their determination.

Terry's love of life is contagious, and so is his positive outlook. I learned a lot from him that day. I learned that we are not defined by our titles, by our abilities, or by what we think people see. We are defined only by who we are inside, and how we use our gifts and our abilities to improve our lives and to affect others. 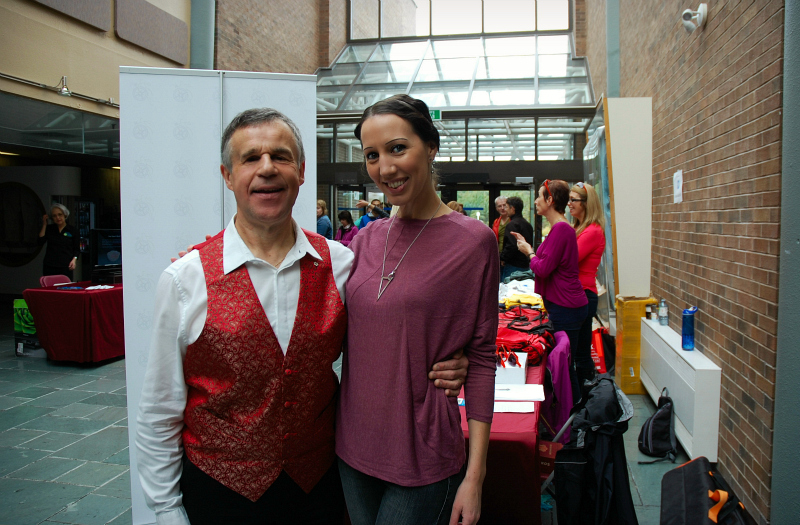 Terry, you are truly an inspiration. It was absolutely an honour to meet you, and I look forward to seeing you again when you are back in town!


This article also appears in The Telegram, HERE
Posted by Julie B at 11:41 AM