I am excited to share this first 'Tulip Tale' of 2015! I couldn't think of a better way to kick off the New Year than with this precious little girl named Keeley. Her mother, Dominique shares her story.

I have a 3 year old daughter named Keeley, who has multiple disabilities and health set backs. She has recently undergone another urgent surgery to install a pacemaker (her 8th time under anesthetic).

She was airlifted to Edmonton, where a surgeon examined her. She put a Q-tip in her bum, ripped her open and rudely told me "Well, how big do they expect it to be?"  We were sent away with no answers. I went back and forth to this doctor's office every day trying to figure out why my little girl was so sick and why nobody would help us!  It got to the point where the doctor told us to fly anywhere in the world and maybe someone will help, as she expected that Keeley would be lucky to live another 3 days! So with that, off to Newfoundland we went. 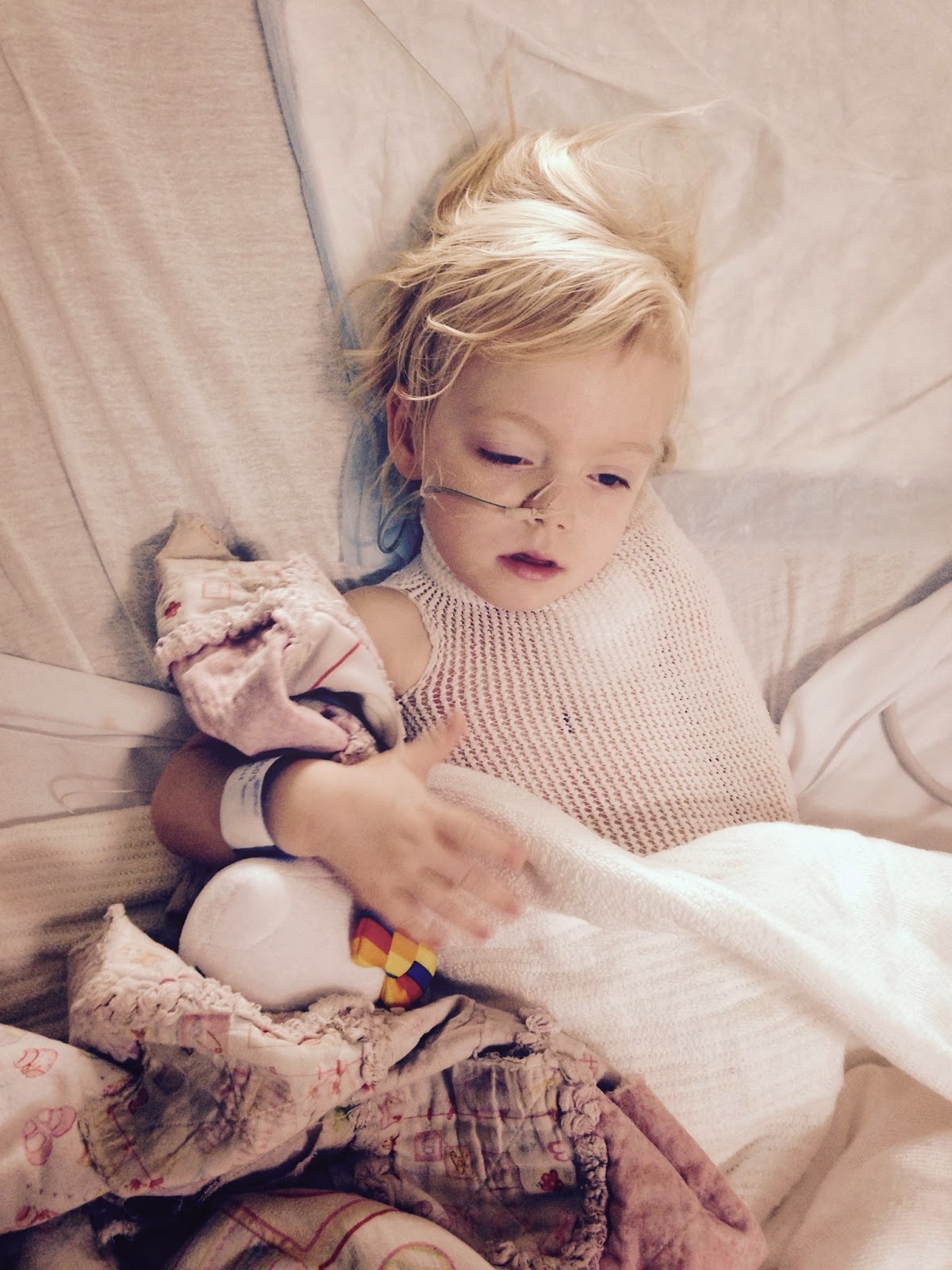 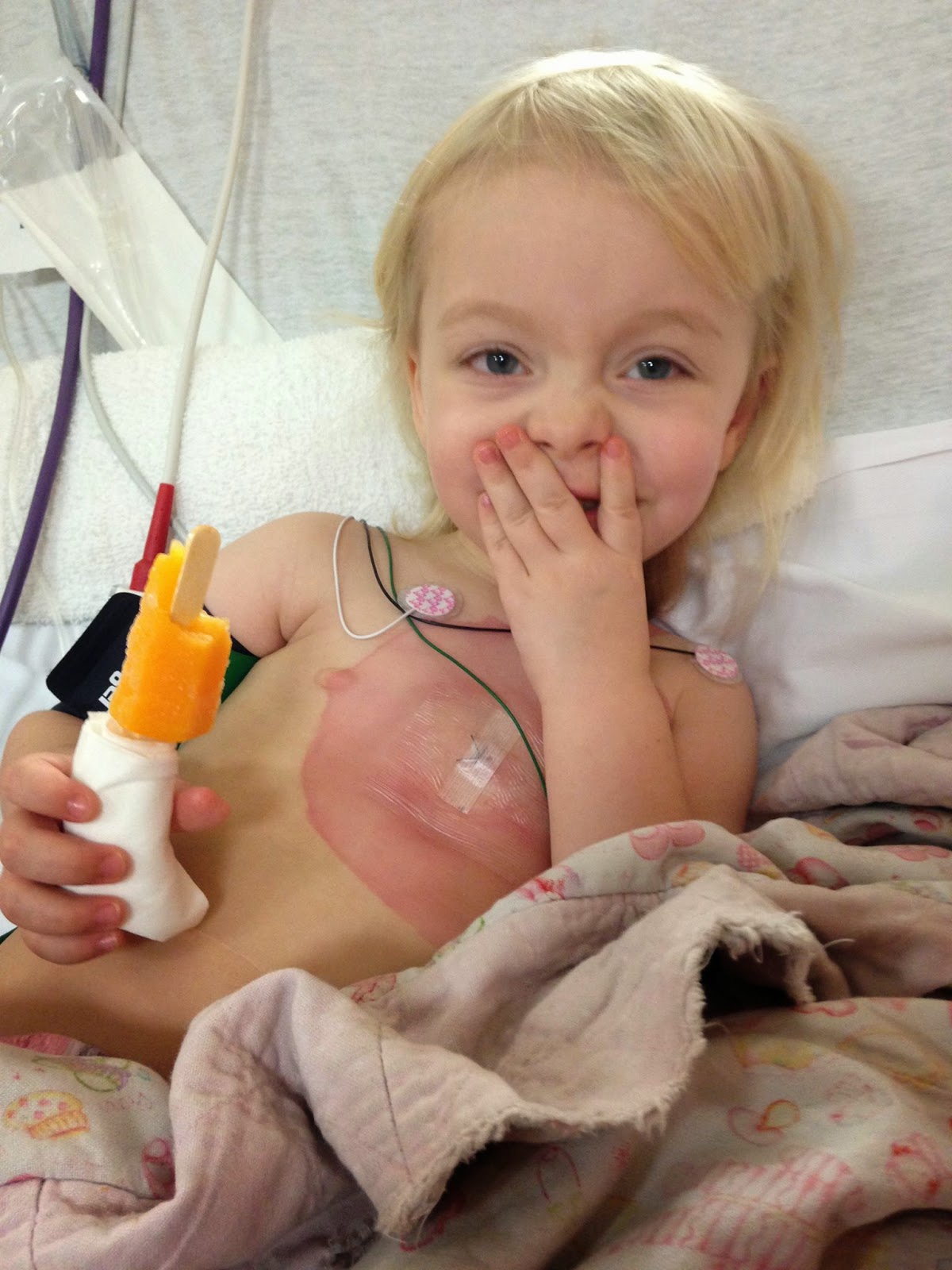 A few surgeries later, it seemed like we were getting some of this under control, only to realize that things were still not the greatest. As the months go by and many stories in between, we have discovered some more issues, including 3 spinal defects, 2 heart defects (soon to be 3 as we would find out), breath holding spells, possible seizures, hypoglycemia (discovered when we couldn't wake her up and her sugars were below 1), neuronal intestinal dysplasia and zero motility and mega colon (Keeley's body essentially has no idea that it has a large intestine). Every 2 days we insert a catheter and inflate a balloon and let a feeding bag and saline go through and work for her, however these are becoming unsuccessful and she now needs another surgery to correct the intestinal problem. 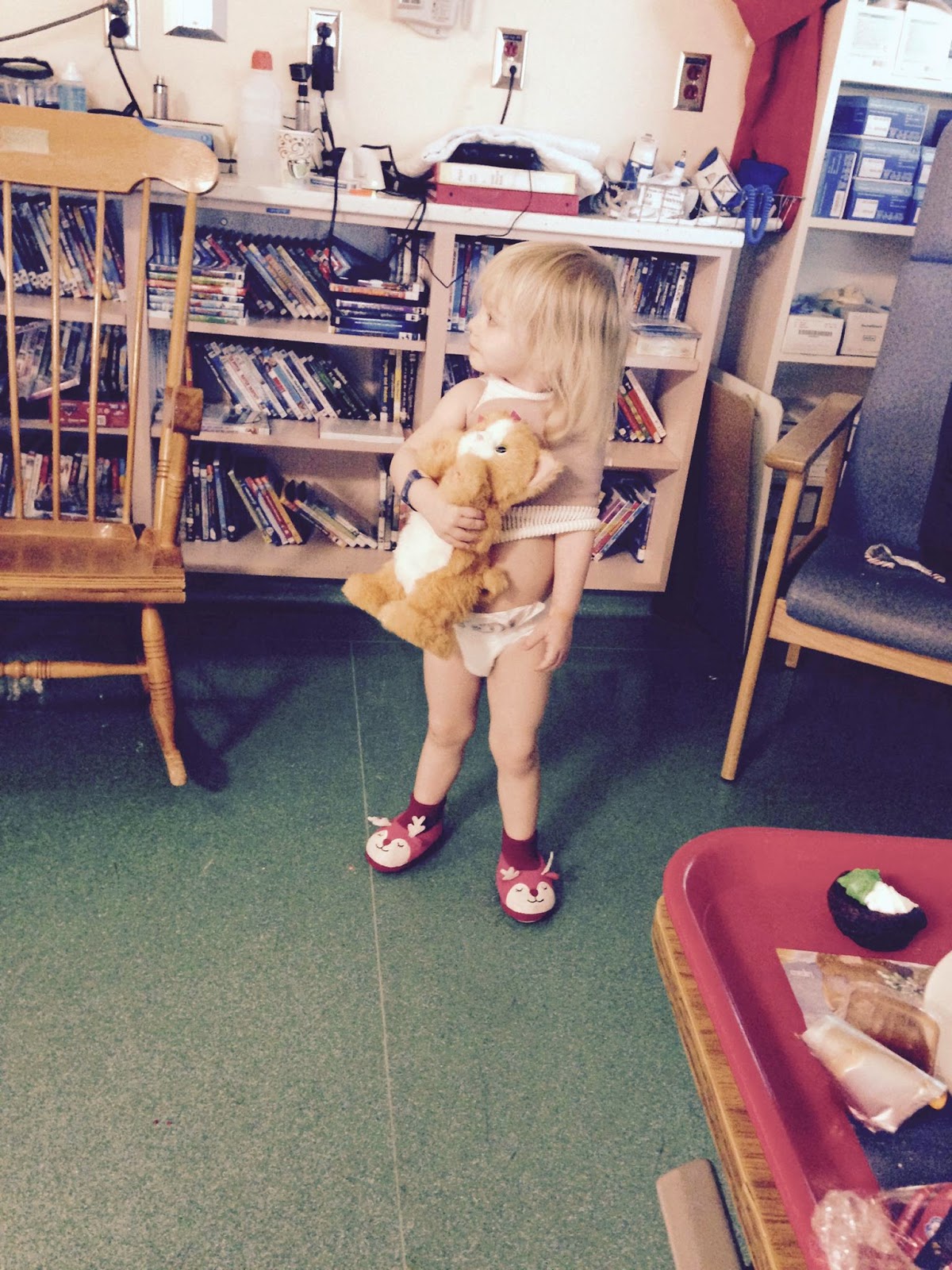 We also found out on Christmas morning that Keeley's heart keeps stopping (called sinus node heart pauses). On December 19th, 2014 she had a Medtronic Heart Loop Recorder surgically implanted, to help determine and diagnose her cardiovascular issues. This implant monitors and records the heart rate and rhythm and doctors could analyze the stored information. On December 22, I thought that everything was fine and booked tickets for myself and Keeley to go to Fort McMurray to spend Christmas with my grandparents. It would be my first time spending Christmas with them in over a decade and Keeley's first time ever. We were excited and not thinking anything would go wrong. At 8:00 am on Christmas morning, I got a call from the cardiologist saying that he had received an email and text notification from Keeley's heart implant, and it looked like her heart was stopping.

We changed our tickets and raced back in to the Janeway. The doctors were questioning whether or not it was a rare type of seizure that was making her heart stop. We came back to the hospital again on the Sunday after Christmas for what we thought was to have stitches removed from her previous surgery and to meet with the neurology team, only to be rushed to the PICU and two days later, Keeley had a pacemaker implanted. 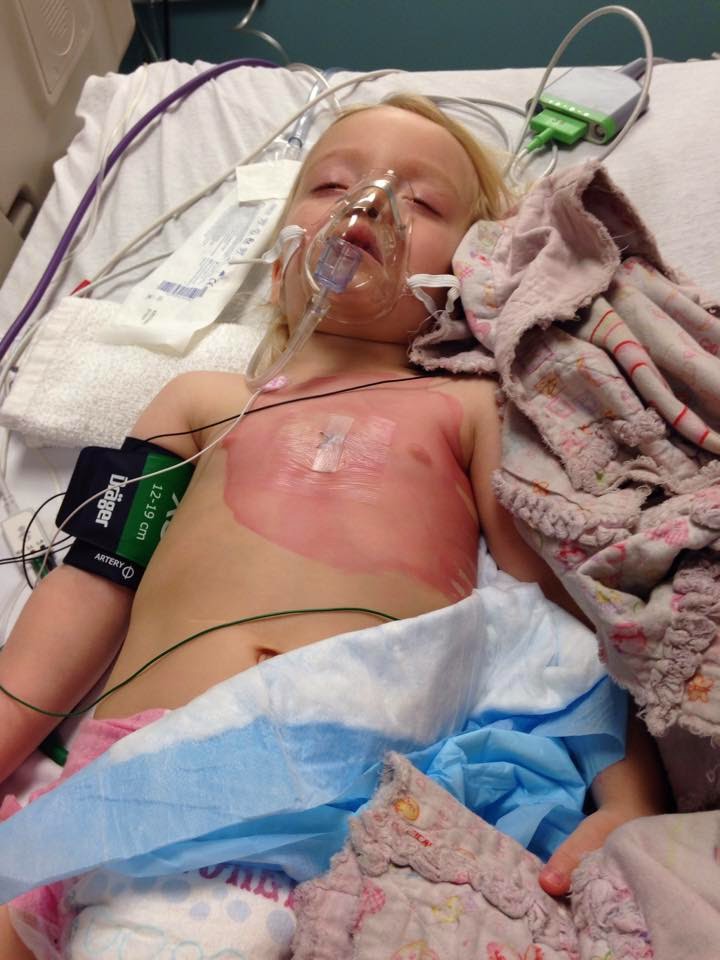 The next thing in store for Keeley will be more extensive testing to determine what is the best thing to do for her intestines. We know she has intestinal neuronal dysplasia, but are not sure if that is the full extent of the issue. She may require a colostomy, a cecostomy, or a colon resection, but she will require a lot of testing before either of these can take place. 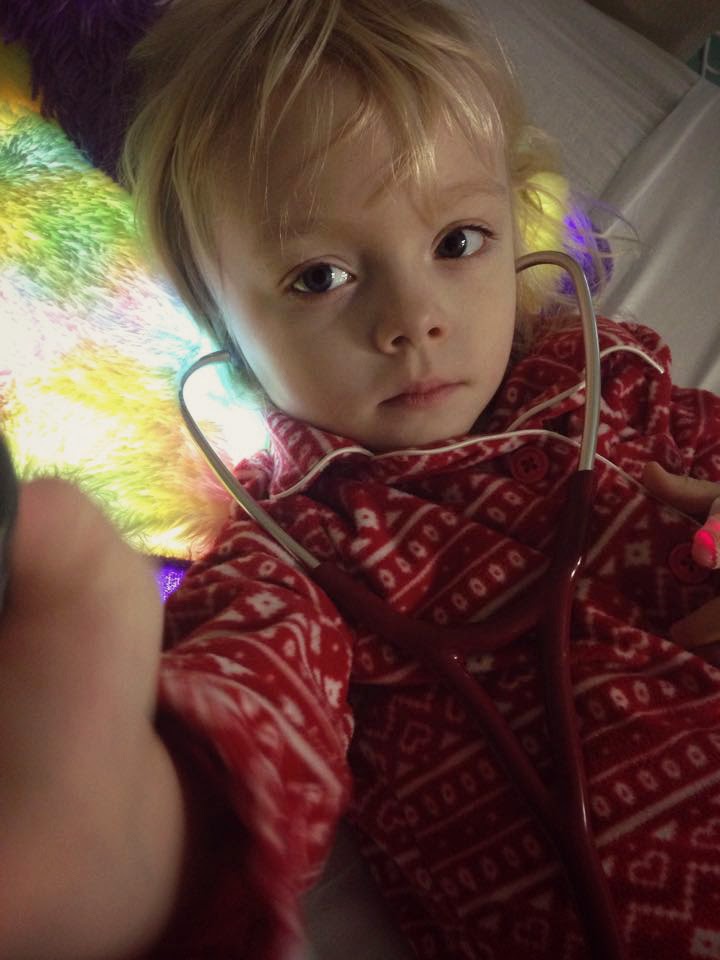 Keeley has a lot of issues and needs quite a bit of extra care. She is a happy and active kid and loves preschool, however the idea of sending her to a regular school is terrifying to me. I believe that she would benefit from being in a school for medically fragile children with doctors and nurses on site. Newfoundland doesn't have options like this, so we are moving her to a bigger facility in Calgary (Alberta Children's Hospital) to a special school connected with the hospital so she can still be a normal kid and have people around when we are not - people who are trained to notice when things aren't quite right! 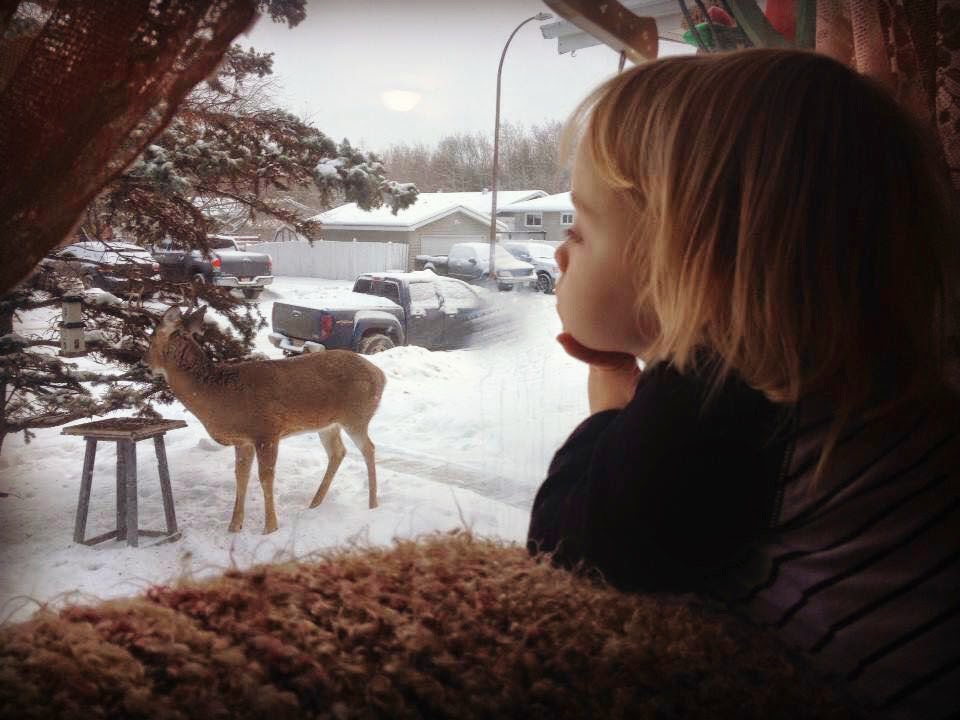 As a single mom of a sick little girl, we don't have a lot to work with. I am in the process of selling everything I own to make this happen for Keeley! My only wish is for my child to be happy and healthy and live a normal life like other kids her age.

Dominique, thank you so much for sharing Keeley's story. It is heart-wrenching to think of all that she has been through in such a short time. What a strong little girl, and she is just the cutest! She is very lucky to have such a caring, loving Mom who wants only the very best for her. I wish you both nothing but health and happiness, and I hope that Keeley continues to thrive. With you looking out for her, she's got an incredible advantage! Here's to a Happy, Happy New Year!