For those of you who have been following my Tulip Tales series, you know that these are all very emotional stories. Reading about the struggles of such tiny children - children who should never have to face such challenges so early in life - is not an easy thing for any of us. I am always very moved by these stories, by the strength that is shown in the children and the love that consumes each family. That being said, I have to warn you that this Tulip Tale is a particularly difficult one to take in.

I asked Katie to share only as much as she was comfortable with, and she felt that it was important to tell her daughter's story from the beginning, "to show how strong and miraculous she really is."

On December 11th, 2012, I gave birth to my sweet little Maggie. Right from the start, she was calm and content and she was a great sleeper. I felt so lucky and so happy to be a Mom! The first three months of her life were quite typical - lots of smiles, tummy time, batting at toys and following me with her eyes everywhere I went. 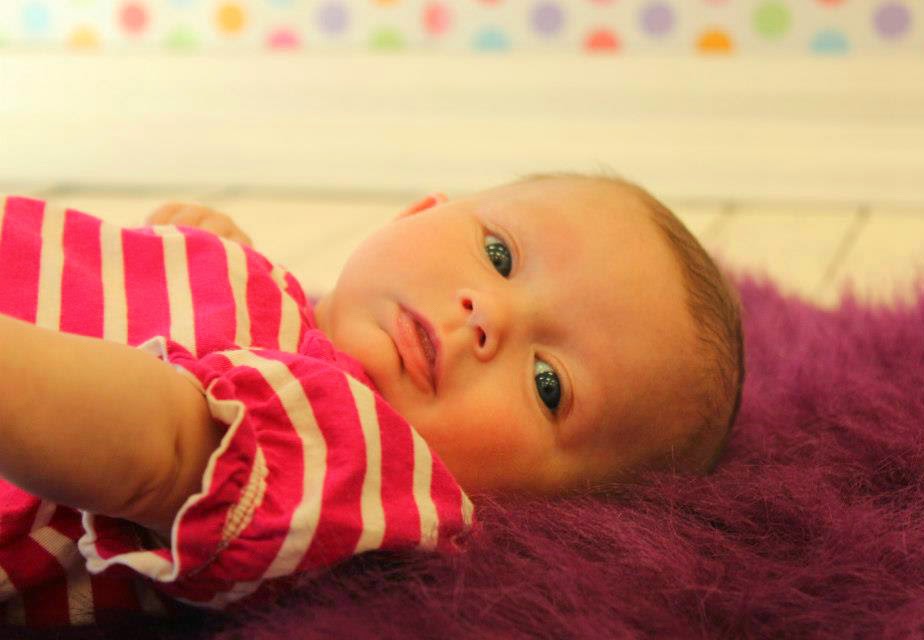 Then one night, a typical night like so many we'd had before, her Dad came home from work and put her to bed while I had supper and a shower. I heard Maggie wake up in the middle of the night, which was unusual. When I got to her, I knew right away that something was wrong. I called 9-1-1 and an ambulance came and took us to the ER.

Before I knew it, we were being sent by air ambulance to the major children’s hospital in Vancouver (Maggie was born in BC). They ordered x-rays, CT scans, MRIs, and other tests. Maggie was seizing uncontrollably and had lost consciousness. As they worked on her, I was whisked away by police and doctors. I wasn’t sure why the police were there. I was so confused and terrified that something was seriously wrong with Maggie.

Maggie had multiple skull fractures, rib fractures, and a broken foot and clavicle. Her brain was bleeding and she ended up having two strokes. She was admitted under “non-accidental injury" and "traumatic brain injury”

Maggie’s father - my now ex-husband - had nearly beaten Maggie to death in her bedroom while I was in the shower.

He is awaiting sentencing in BC for aggravated assault and assault causing bodily harm.

There isn’t enough time or space to even begin to try to explain how I felt. The horror, the shock, the fear, the anger.. it is beyond comprehension. I decided instantly that I was now a single mother and all I could do was think of Maggie.

The bleeding and pressure on her brain did subside, and surgery was not required. A PICC line was inserted to handle of all the medication she was getting, as well as an NG tube. We were told she may spend three or four weeks in PICU before we would head up to neurology.

Maggie was safe now. Safe from a horrible threat that I didn’t even know existed.

After only six days, we moved up to neurology. The nurses called her 'Miracle Maggie', because she was so strong. They gradually weaned her from the medication that was keeping her sedated, and she started to become alert and awake. The NG tube was taken out. Again, we were told it would be weeks on neurology. We were there just six days.

The staff was so impressed with how determined and how strong Maggie was. She started bottle feeding and moving her arms and legs, but it was obvious that Maggie’s vision had not returned. The strokes she had suffered were in her occipital lobe, and so we were unsure if she would ever regain her vision.

As she recovered in  hospital, and then in a hotel with my mother and I, I was granted full custody of Maggie and all of my husband’s parental ties were severed. He was not allowed to come within 25 feet of Maggie or me. 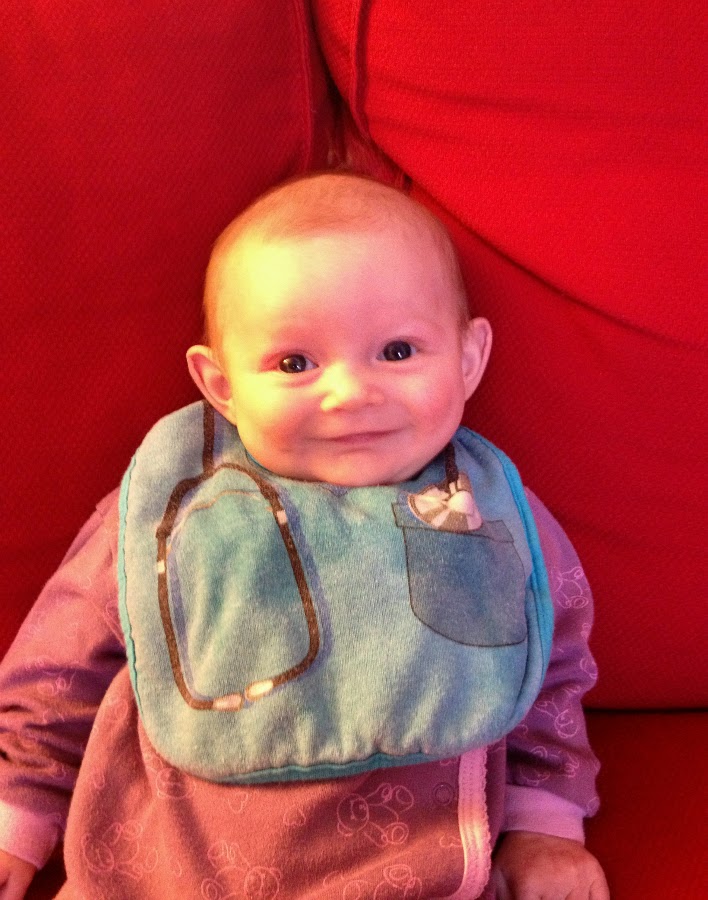 At six months old, Maggie was still non-visual, and still having seizures. We packed up and moved back home to Newfoundland, where I am from and where all of my family is. We quickly became well accustomed with the Janeway staff, the neurology department, the CNIB, and many other services. It was unclear how much damage was done to her brain and what the long term outcome would be.

Maggie truly is a miracle. Every day I am so grateful that she pulled through this horrendous attack - something that no one, especially a child, should ever endure. All the while, she remained the happy content little girl she always was. I didn’t know what was to come, but I knew the reality of the brain damage meant developmental delays and vision loss. All I knew was that whatever came to be, I could deal with it because Maggie was alive and well.

I struggled for a long time with the fact that this was all just so unfair. It was unfair that she was going to have so many physical struggles and health problems because of what he did to her. It gets a little bit easier every day, and I have slowly accepted that this wasn’t the path her life was supposed to take, in the sense that she was born healthy. It is never fair for a child to struggle, born with the issues or not, so I couldn’t let that fact keep me down. This was our life now, and we had to live it, happy and together, us girls. 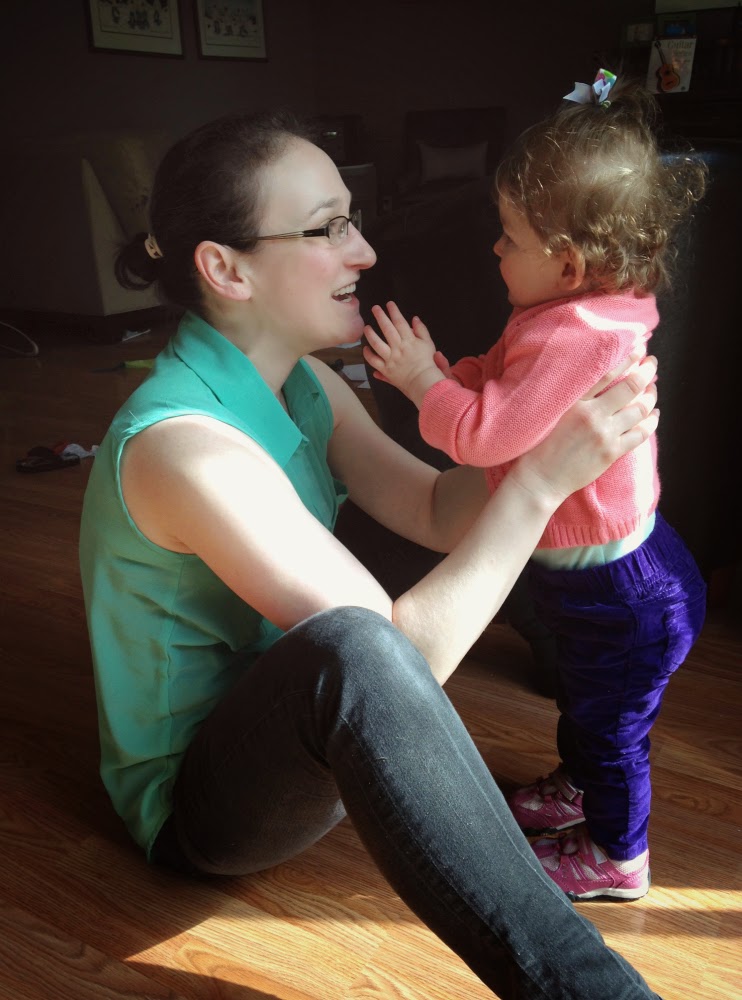 Maggie is now 17 months old. She has been diagnosed with cerebral palsy, cortical visual impairment, epilepsy and developmental delay. She goes to physiotherapy, occupational therapy, speech therapy and music and swim therapy weekly. She is non-stop, crawling, climbing, laughing, playing and happy! It took months of work for her to gain the milestones that she has, but that is ok. We have our own milestone timeline now, as many parents of children with special needs may relate to!

Maggie rolled over at 7 months, started getting up on all fours at 9 months, crawling at 1 year, and now she doesn’t stop. She cannot walk or stand unassisted, but uses a walker at physio and eventually will at home. She will be getting botox injections in the fall and hopefully that will help with the spasticity in her legs. She is babbling now, and is starting to take turns making sounds with me. She claps her hands in delight and gives kisses, sometimes without being asked! That is my favorite, of course! 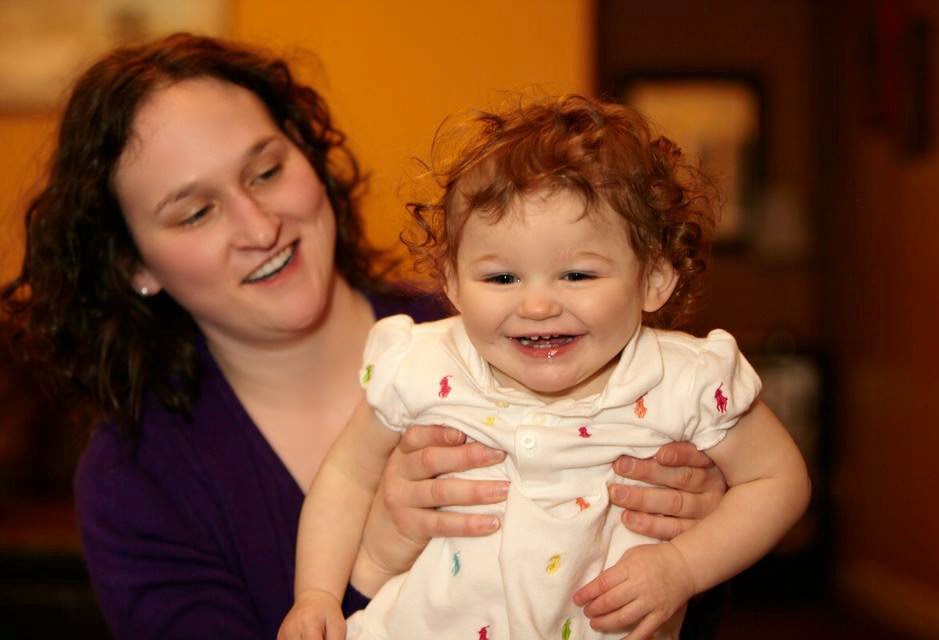 Cognitively, Maggie is at about a nine month level, gross motor at about twelve months. We are so proud of Maggie and all that she has achieved. She hasn’t had a seizure in almost a year, and her EEGs are getting better and better. We used to see neurology every month or two and now it is 4-6 months between visits… that's a huge jump for us!

Maggie is very social and interactive, and her vision is really improving, which is surprising. We never expected it to improve so fast. She truly, truly is a miracle. I am so lucky to be her Mom, and to have such a strong happy girl as my baby. She is developing such a sweet personality, and I am so grateful. Every time I get overwhelmed with appointments or whatever, I just think back to the PICU, to the fact that she may not have survived, and I remain grateful that she did. Any hurdle will be met with pride and happiness - pride and happiness that she is here and alive and well.

I did not think that I would be a single mother of a child with special needs, but such is life - the life that we share now together. It is with great pride that I write her story, pride in the strength and love I see in her every day. 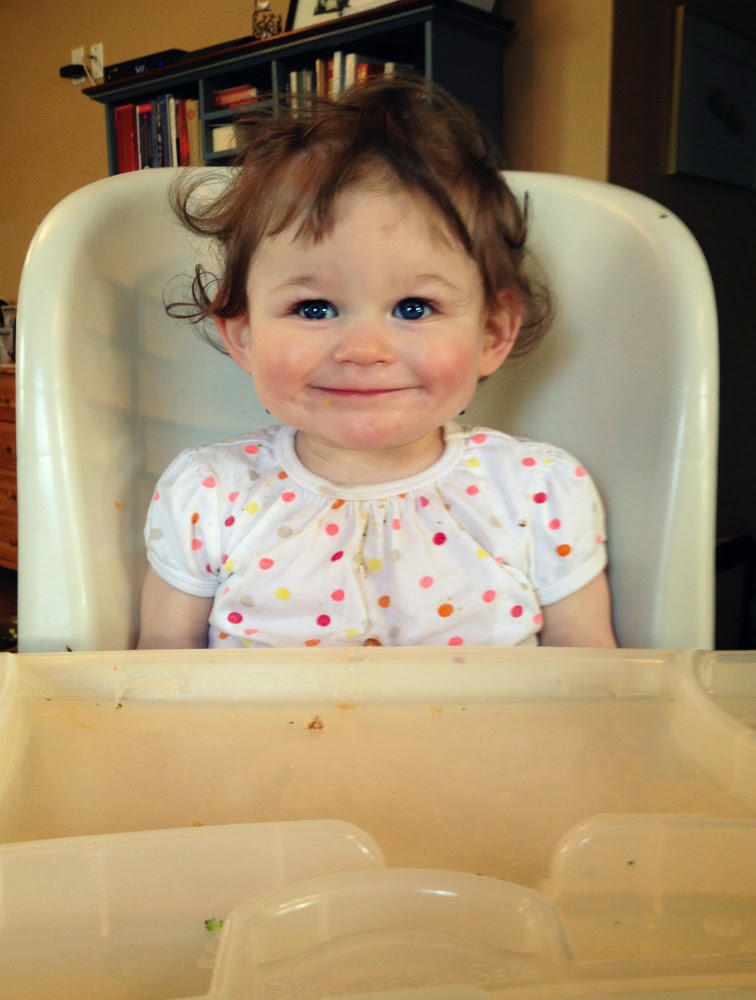 Our life is not what I imagined, but I wouldn’t change a thing about my little darling girl. She has overcome so much and she continues to amaze me every day. I learn so much from her, and I cannot wait to see what her future will hold.  Though it may be a different future than we'd expected, it will be one full of joy and happiness!

Katie, I don't even know what to say. Thank you for sharing Maggie's story. I believe the nurses were right to call her "Miracle Maggie". What an amazing little girl! And you are one strong Momma! Not many families could rise so beautifully out of the ashes of such a horrific tragedy. You and your sweet girl have come a long way. She is a fighter and she is lucky to have you in her corner. I am so happy to have met you both, and I hope for a very bright future for "Maggie Moo"!