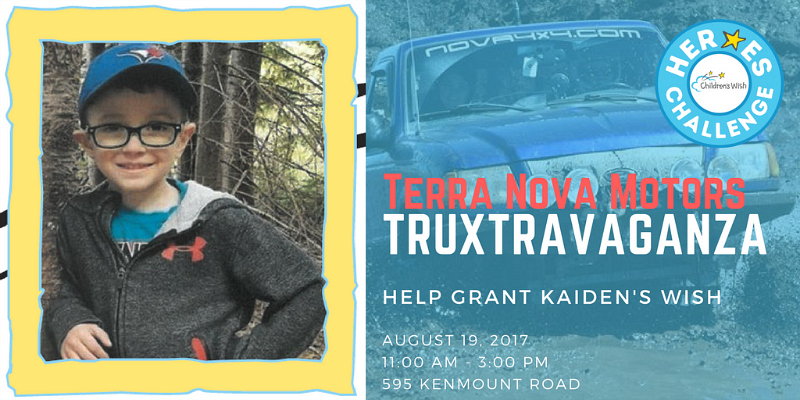 On Saturday, Andrew and I took our two boys to the 7th annual Terra Nova Motors TruXtravaGanza!

The TruXtravaGanza is a fundraiser that Terra Nova Motors hosts every year to raise money for the Children's Wish Foundation. The event features street trucks, classic trucks, off road trucks and ATVs navigating a full size obstacle course and mud pit. Let's call it what it is - grown men playing with their toys in the dirt! It's awesome, and it's all for a great cause!

This year's event raised money to go towards granting the most heartfelt Wish of a very special little boy named Kaiden.

In January of 2016, at just 3 years old, Kaiden was diagnosed with Stage 4 Neuroblastoma - a type of childhood cancer that starts in immature or developing nerve cells.

Kaiden's mom, Danielle says, "We were two months trying to figure out why his legs were hurting. He was in so much pain he could hardly walk. He was misdiagnosed with juvenile arthritis. Kaiden had six rounds of chemotherapy. He spent his 4th birthday having stem cells harvested at the Sick Kids hospital in Toronto. He had surgery to insert a G-tube into his stomach to allow us to provide him with the nutrition he needed, as he had no appetite and he was nauseous from the treatments. Kaiden had surgery to remove one of his adrenal glands - the primary area of disease. Kaiden went to Sick Kids hospital in Toronto again, where he received high dose chemo before he had a stem cell transplant. We were there about a month before we were able to come home. After that, we returned to the Janeway for 12 radiation treatments on his leg and abdomen, where he had to be put to sleep each day for those. We finished treatment off with 6 rounds of immunotherapy."

The good news is that Kaiden is now in remission! His recent CT scan and bone marrow tests were all clear, and his echocardiogram and EKG showed normal heart function! Kaiden will be monitored closely, but he can now resume his life as a healthy and happy little boy! 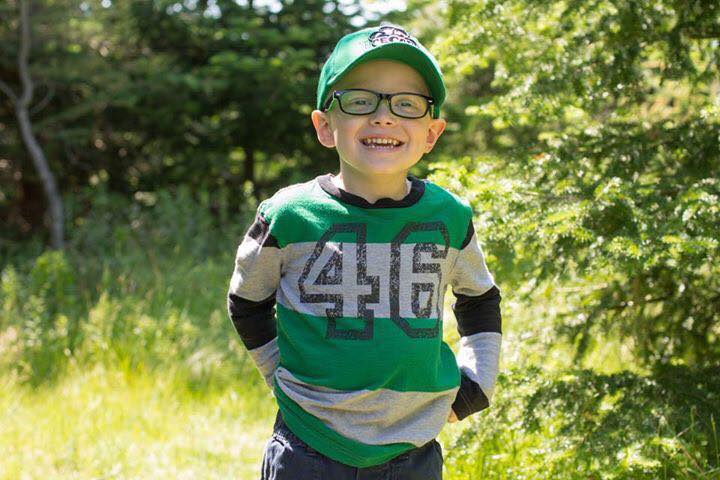 At the TruXtravaGanza on Saturday, Terra Nova Motors presented Kaiden with his Wish package that included tickets for the Disney Pop Century Resort and a Disney Dream Cruise! He and his family are leaving for Florida next week! So exciting! Have a wonderful time, you guys!! 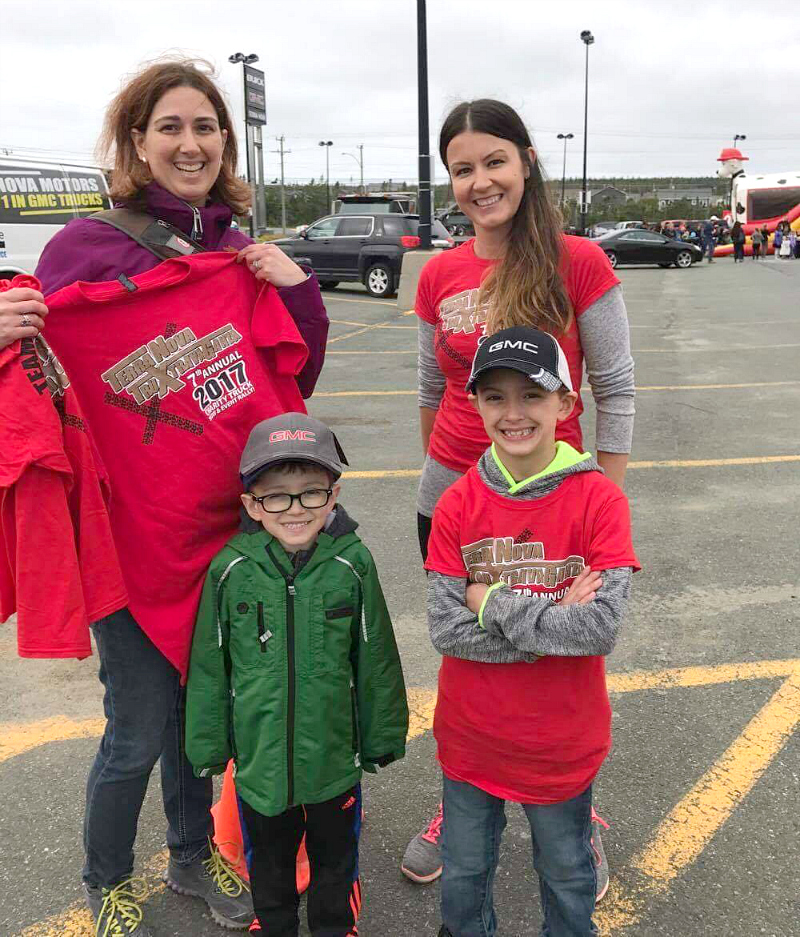 We had a great day at the TruXtravaGanza, watching some insane drivers tear it up in the mud, getting stuck in the pits and attempting to climb over massive tires and other obstacles. It was impressive, I have to admit. I didn't think I was, but it turns out I'm a fan of truck shows! 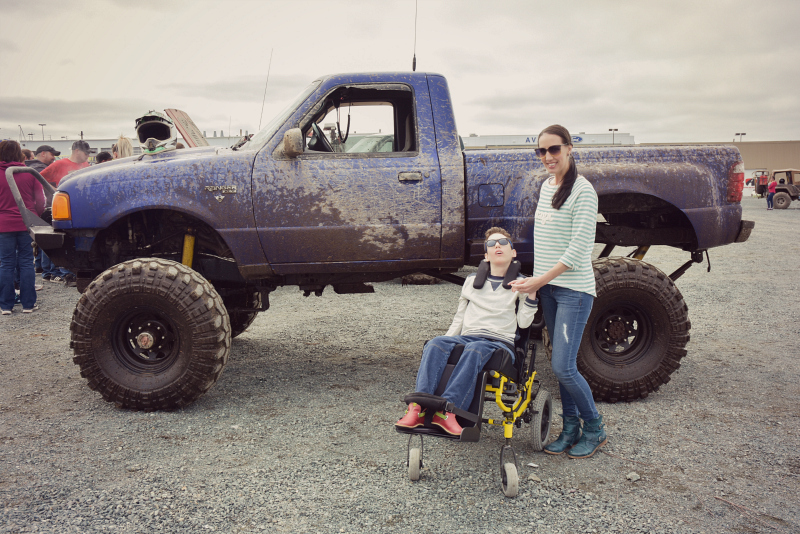 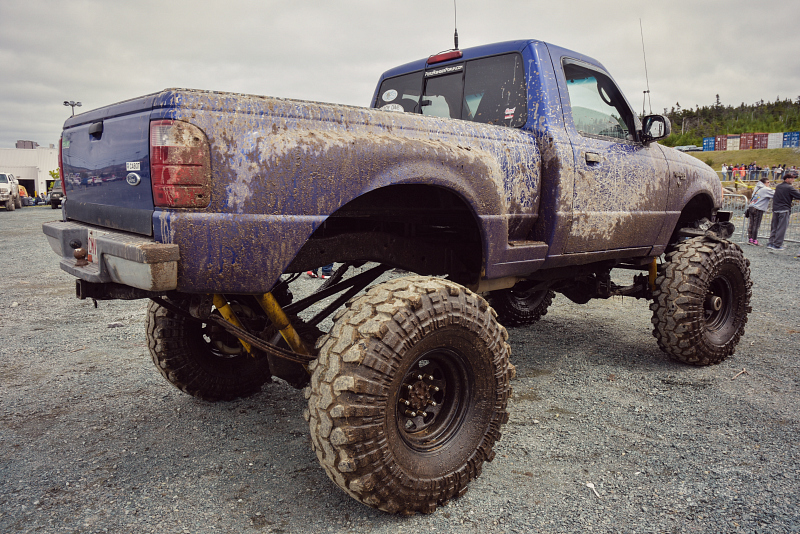 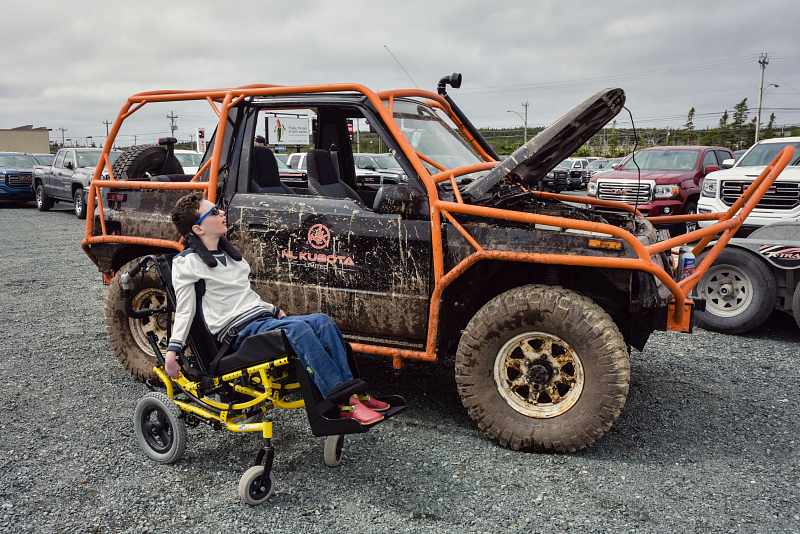 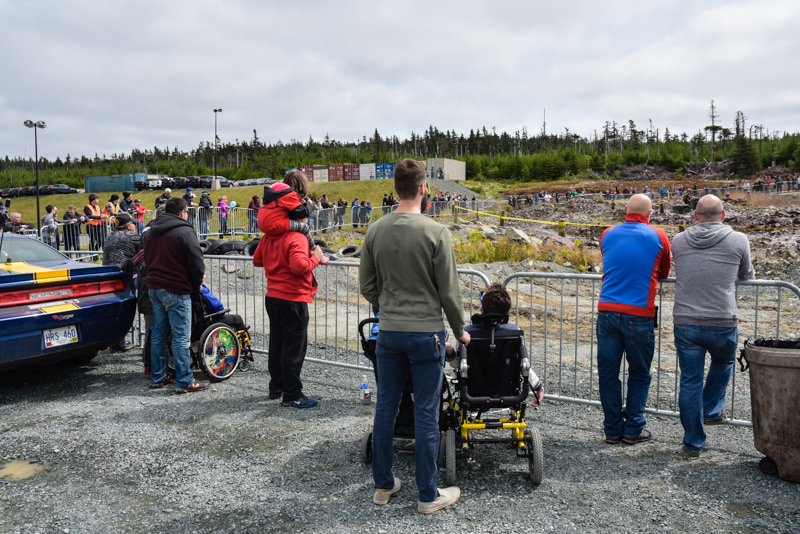 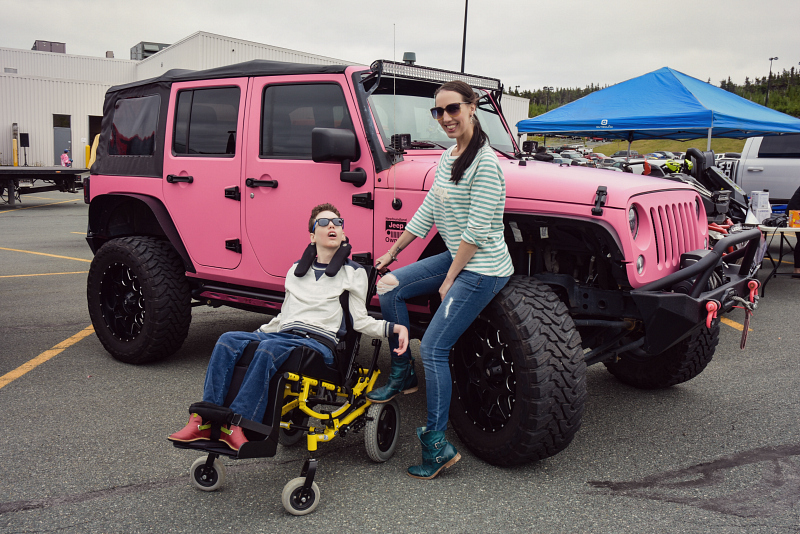 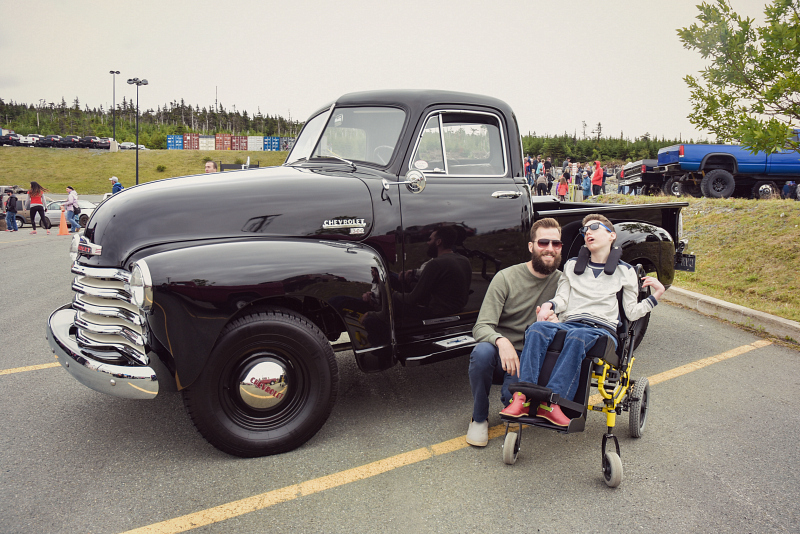 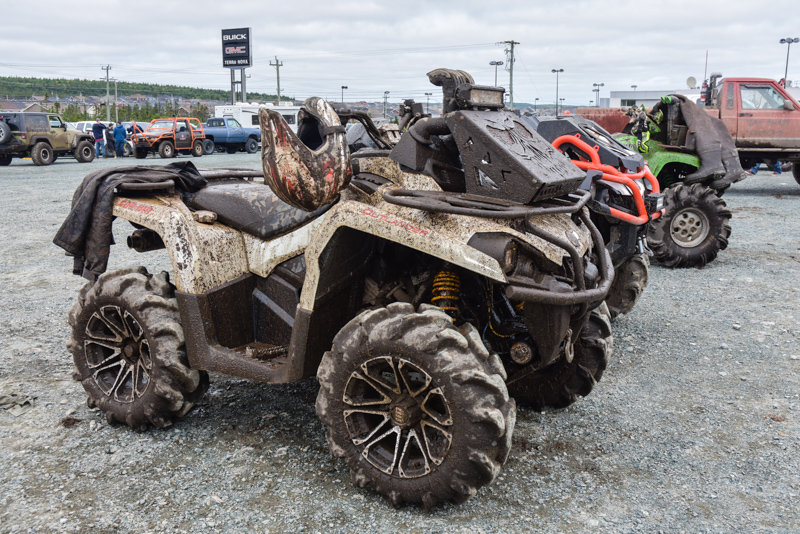 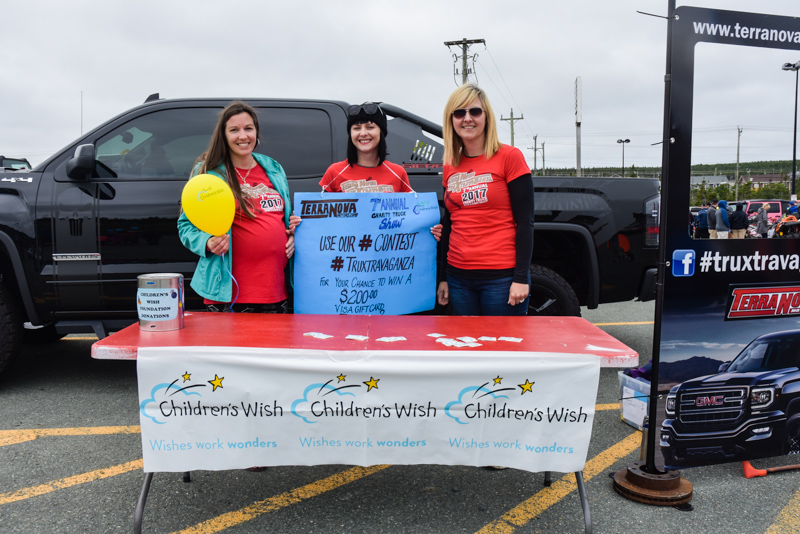 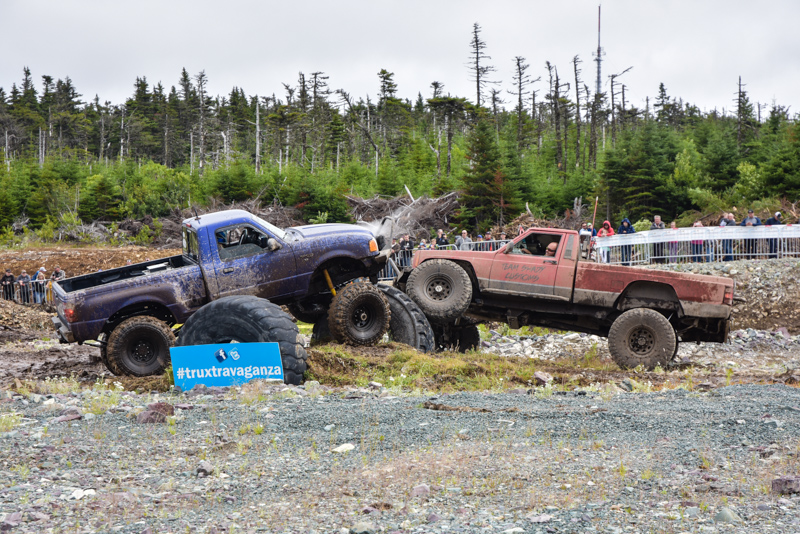 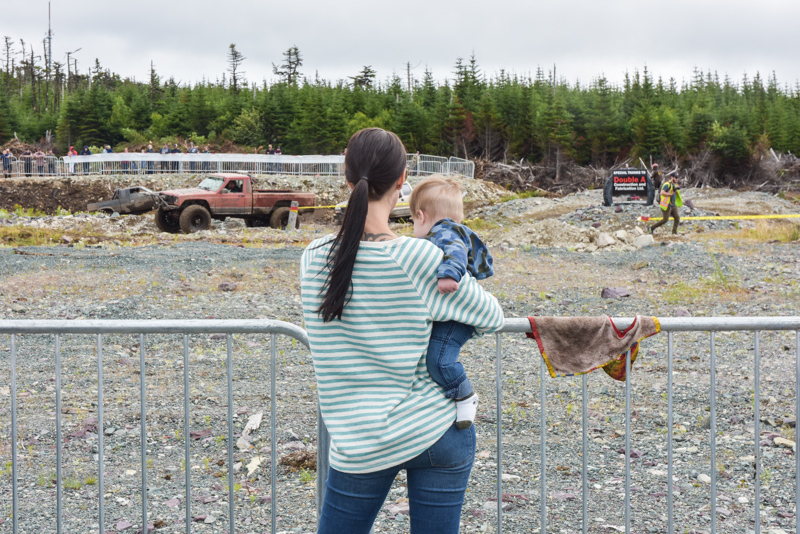 This little one loved all of the noise and excitement!

Here are some action shots taken by Matthew Myler. Check out more of his photos from the TruXtravaGanza HERE. 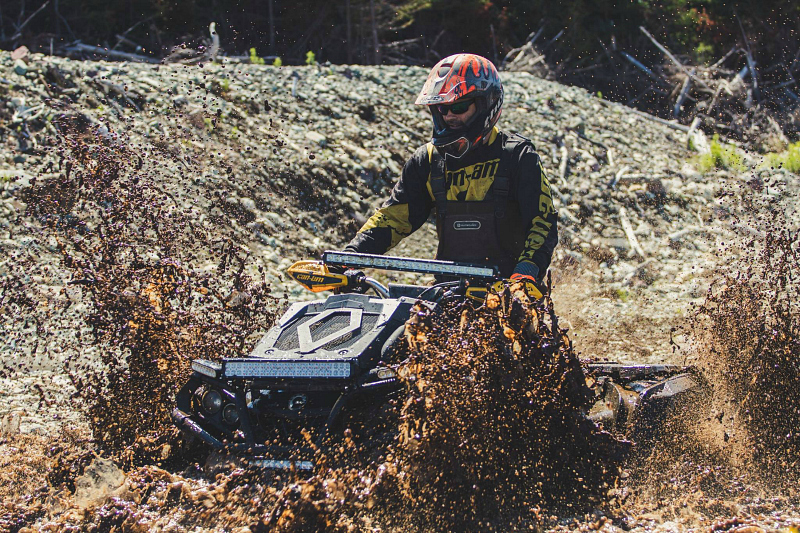 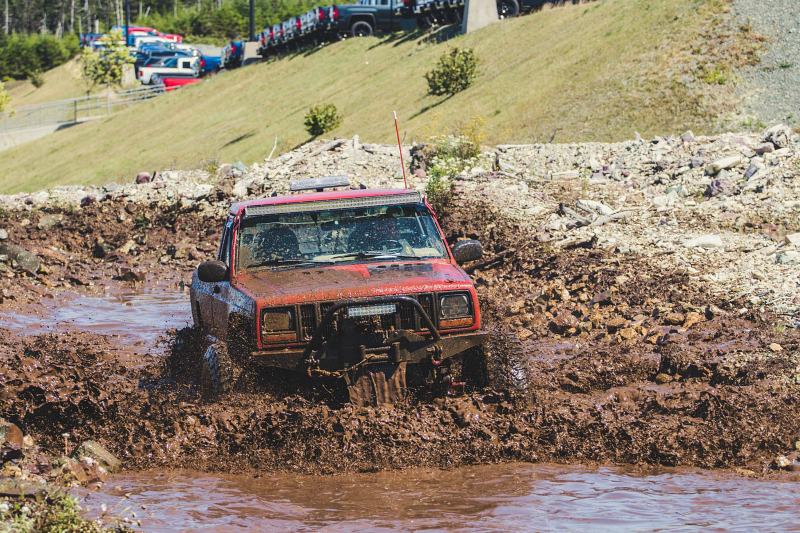 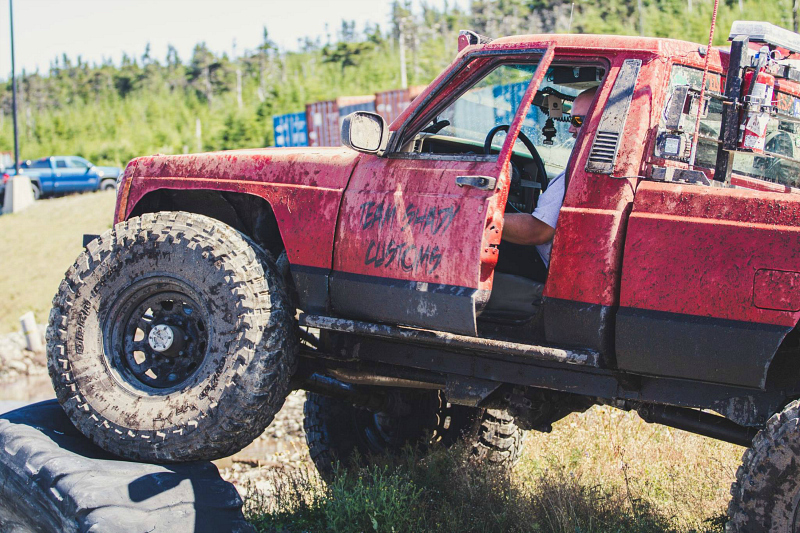 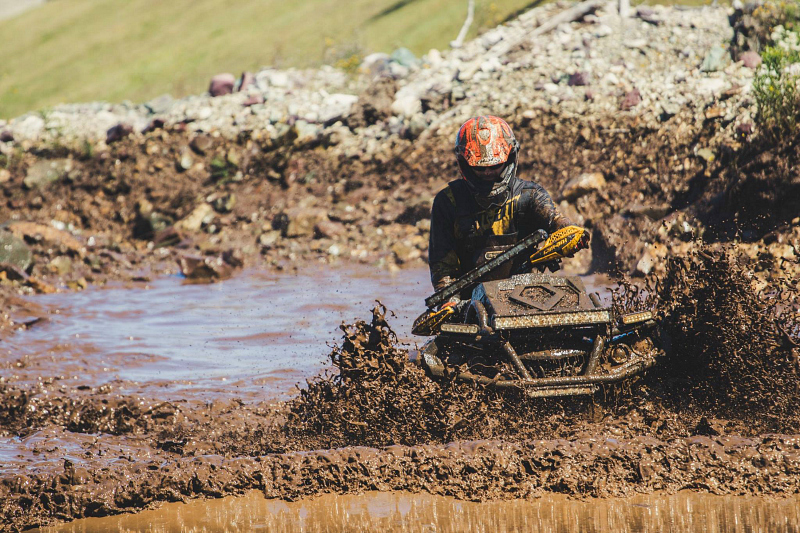 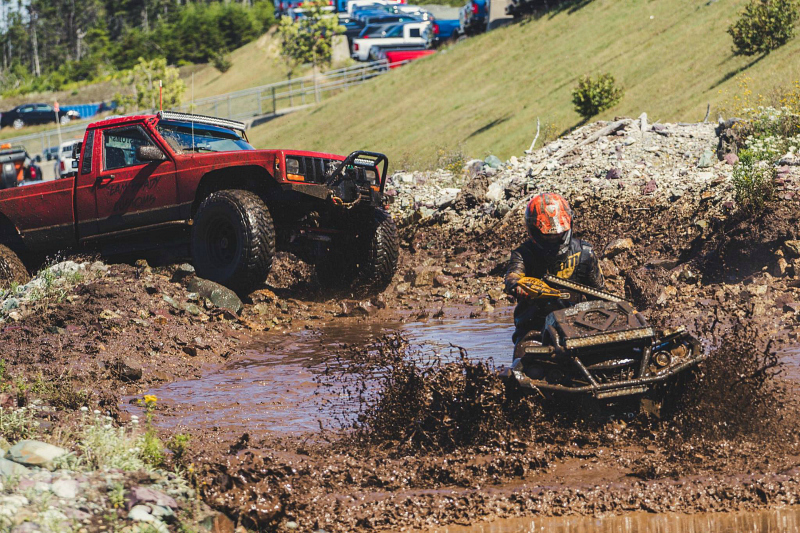 Thank you to Terra Nova Motors for your incredible support of the Children's Wish Foundation!
If your workplace would like to know how you can grant a wish through the #HeroesChallengeNL, call Dave at 709-739-9474 or see their website for more details at www.childrenswish.ca/hero
Posted by Julie B at 8:41 AM