Any Mummers 'Lowed In?

Mummering in Newfoundland is a tradition as old as it is odd. It dates back hundreds of years, and was brought to Newfoundland - like much of our history - from England and Ireland.

Over the Twelve Days of Christmas, Mummers would dress up in whatever old clothing they could find, and disguise themselves by hiding their faces behind masks of curtains or lace. Pillowcases and tablecloths also came in handy! They'd then trudge from door to door making surprise visits to houses around the community, singing, dancing and drinking.

Though it was never as popular in the city as it was in rural communities, I have distinct childhood memories of my parents dressing up in their most hilarious 'underwear as outerwear' to visit unsuspecting friends and neighbours. I also remember welcoming Mummers into our home, not knowing exactly who they were, but assuming that there was someone we knew among the crowd of foolish dancers. We were happy to participate in the excitement of the season. It was all part of the fun of Christmas growing up in Newfoundland.

Mummering was actually banned for over 100 years, but started to make a comeback in the 1960's and 1970's. It got another push in the 1980's when the locally popular group, Simani released 'The Mummer's Song'. Click HERE to listen!

The province of Newfoundland and Labrador welcomed its first Mummers Festival in 2009 in an attempt to revive the tradition once again by encouraging active participation in Mummering activities. With workshops and information sessions designed to equip the public with knowledge on the history of Mummering, the crowds are growing bigger and bigger each year. Along with the fun and celebration, there is a notable sense of pride in the local participants as they breathe new life into a tradition that was once seen to be 'dying out'.

Now in its seventh year, the Mummers Festival continues to grow with a series of events throughout the month of December, all leading up to the Mummers Parade that ends as one giant party.

Andrew and Brennen and I dug into our closets (and the old trunk in Mom's basement) and threw on our best (and worst) disguises to join in the merriment this past weekend. What a time we had! 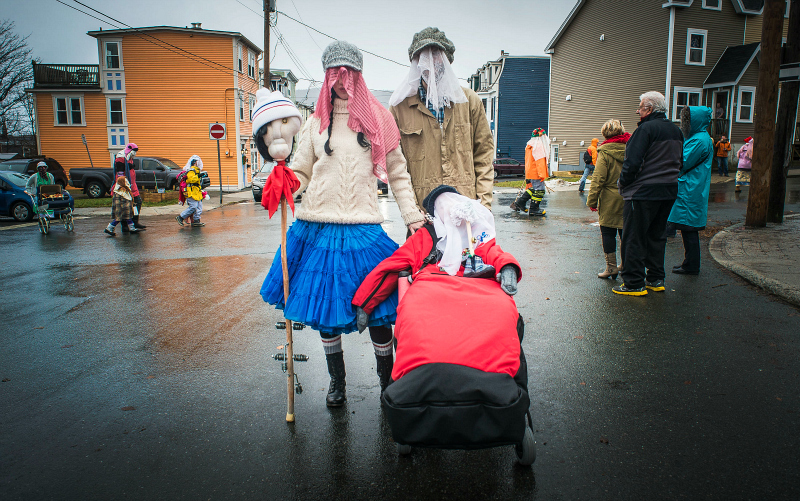 Thanks to Greg Locke for this photo of my Mummer family!


And thank you to Alick Tsui for allowing me to share his photos below! 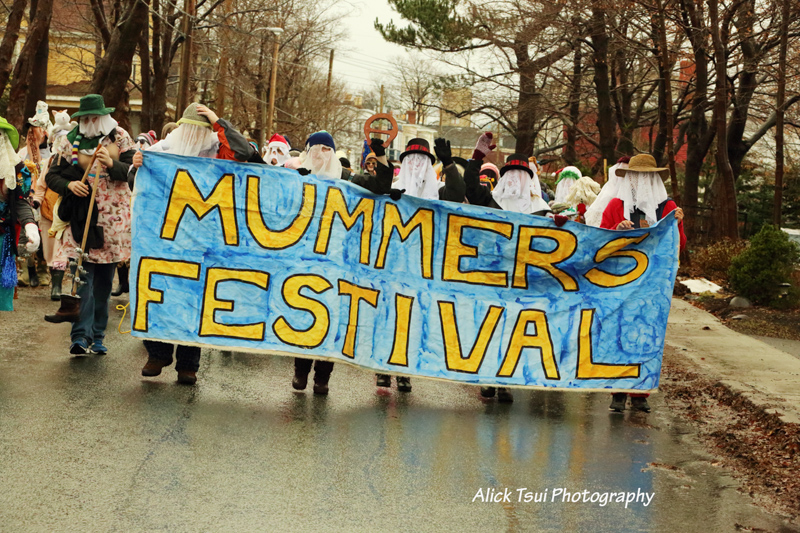 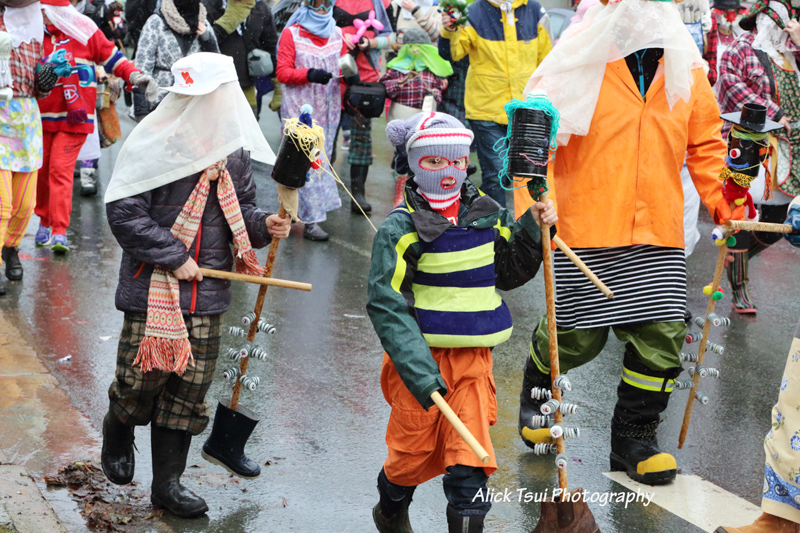 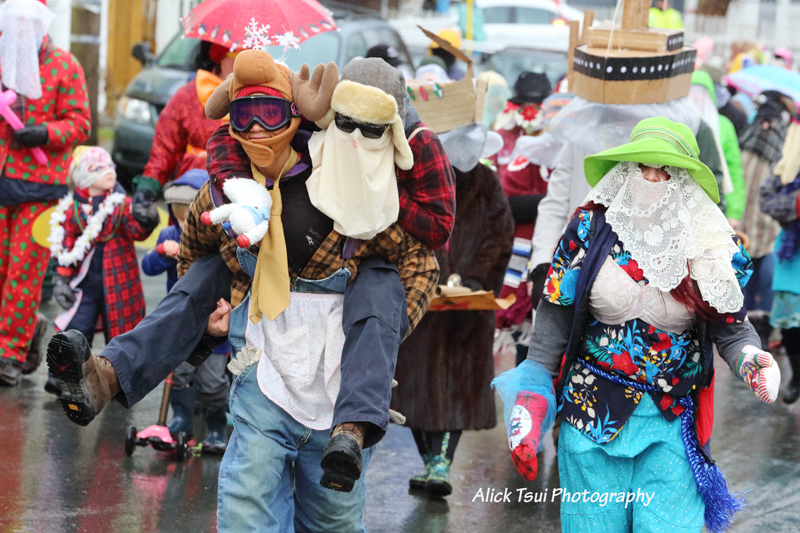 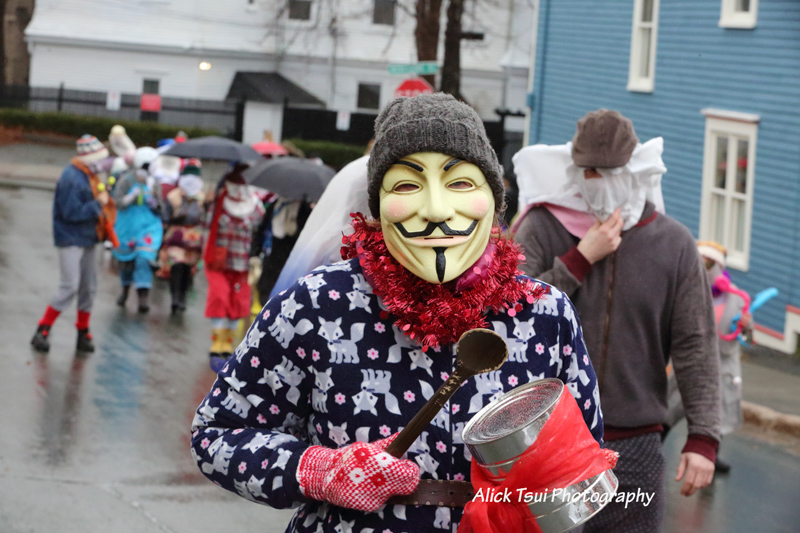 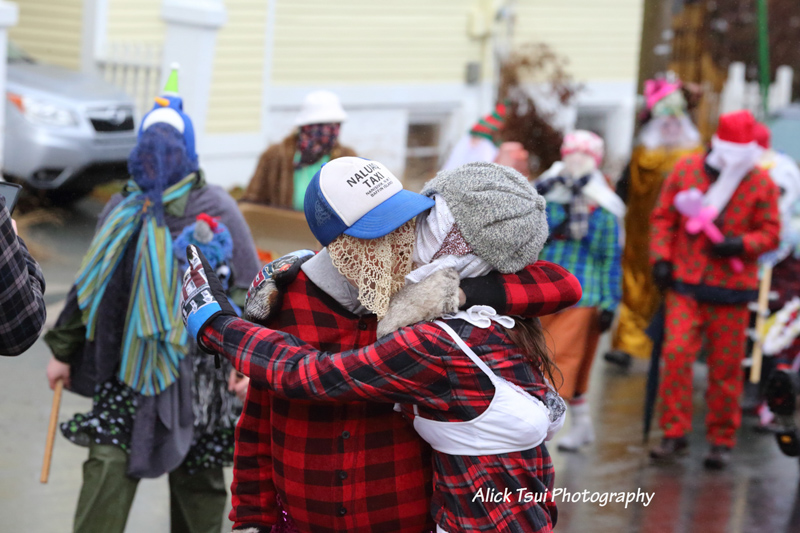 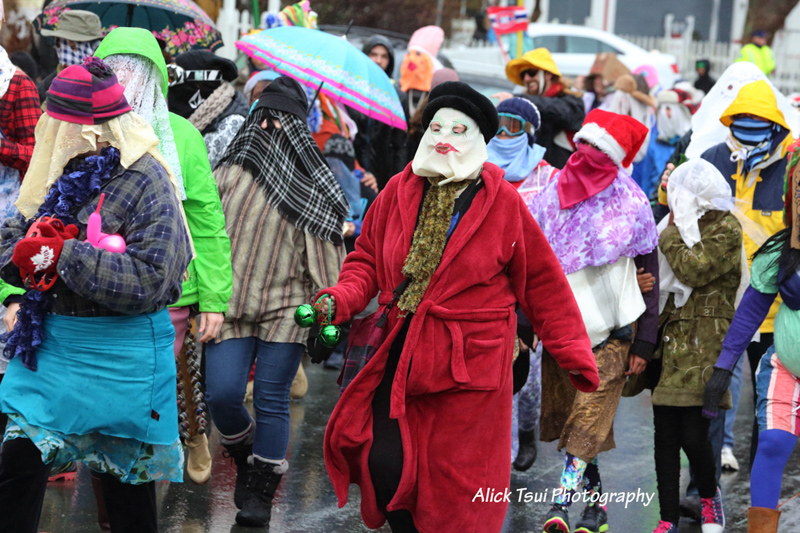 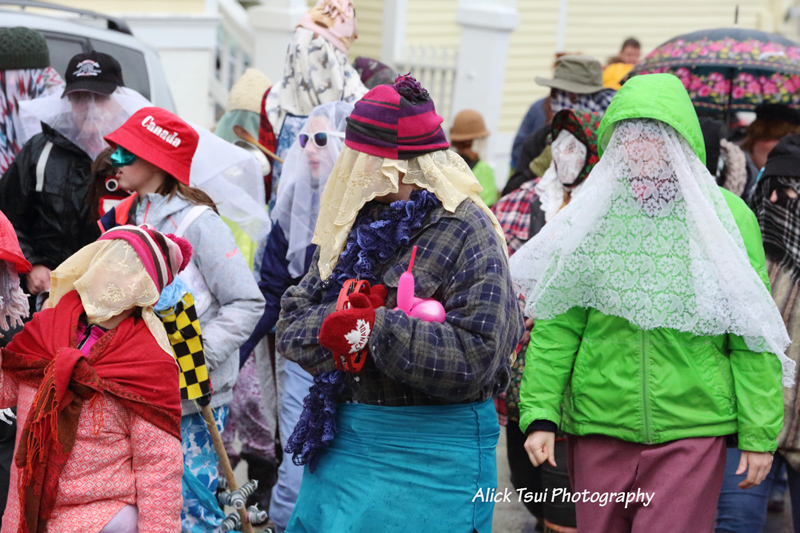 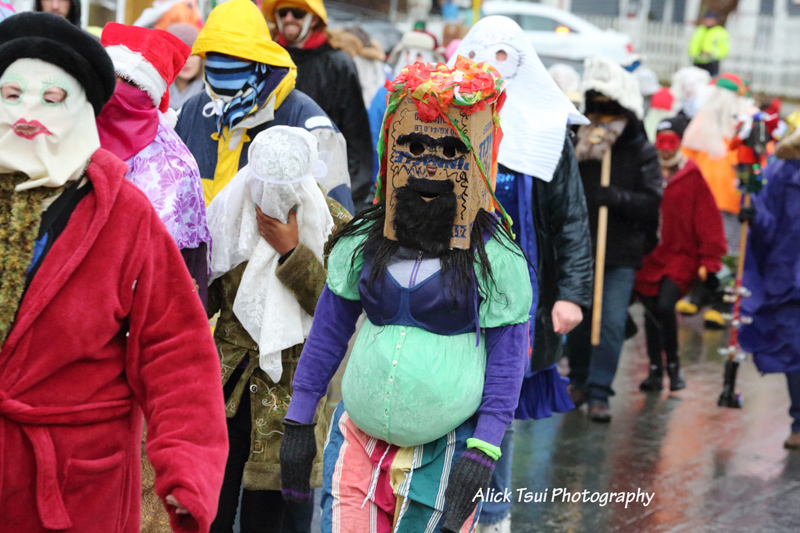 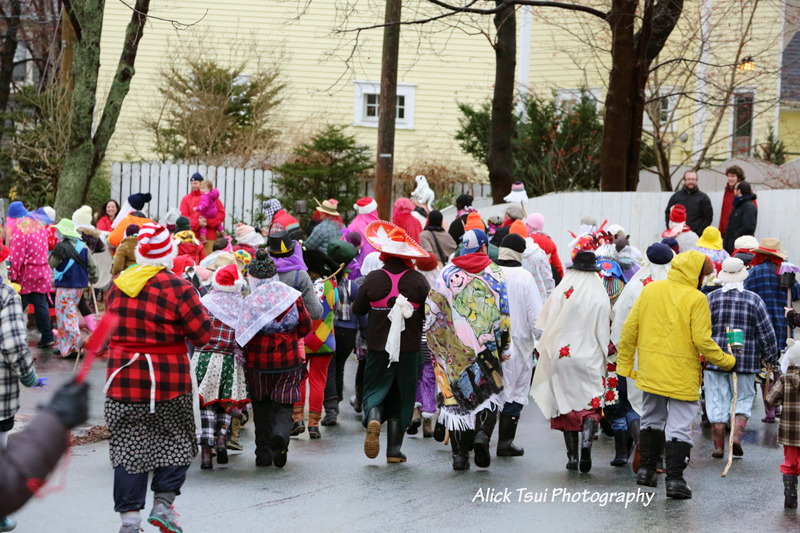 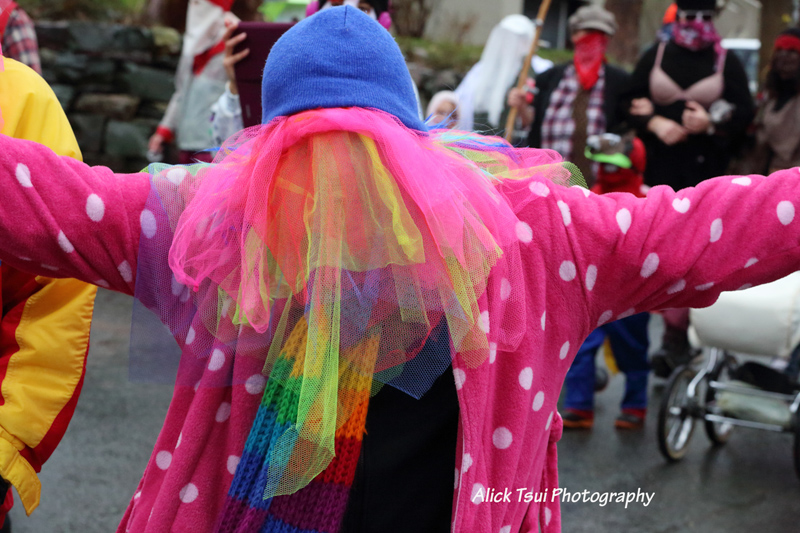 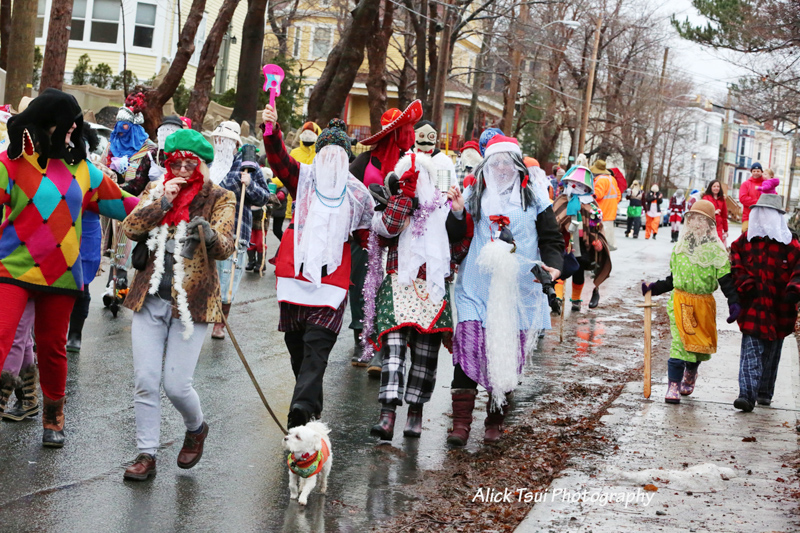 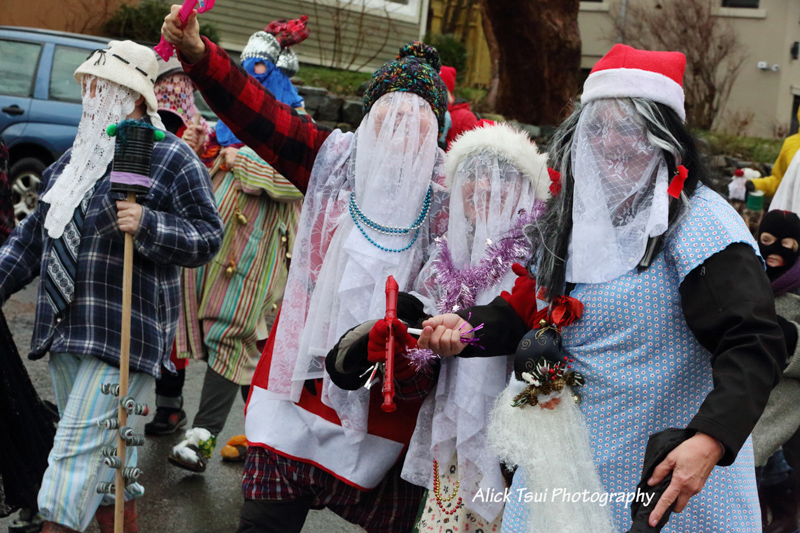 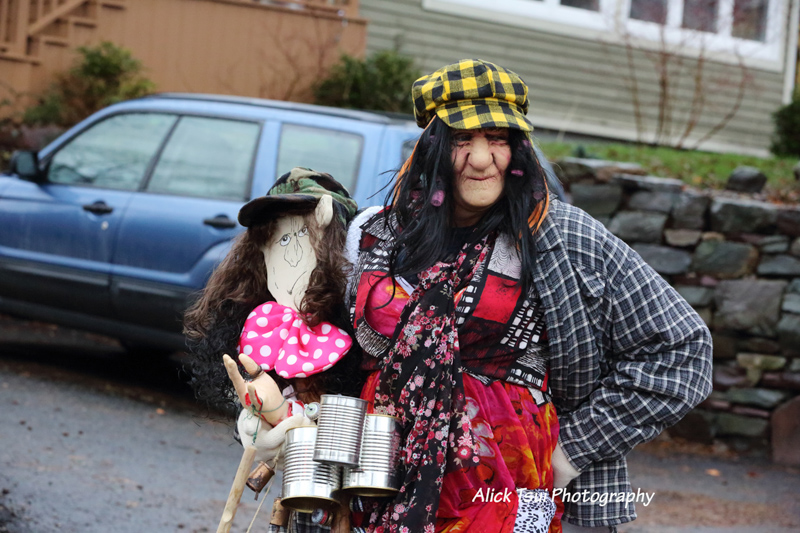 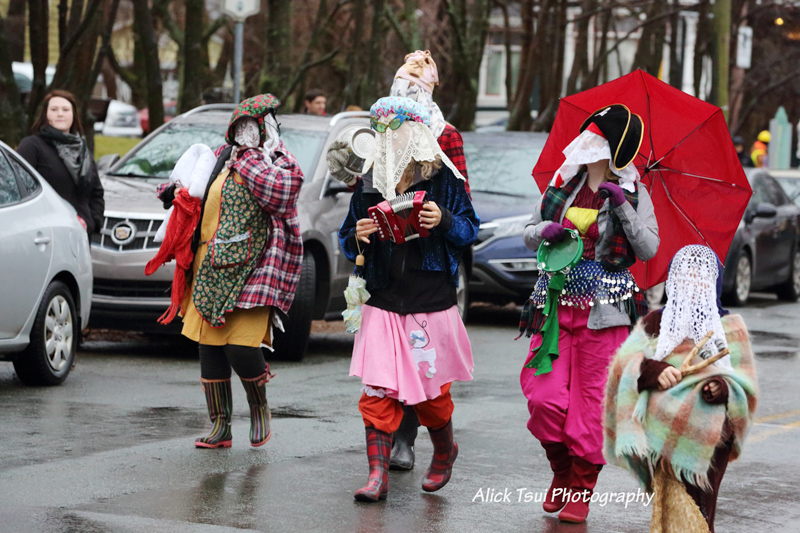 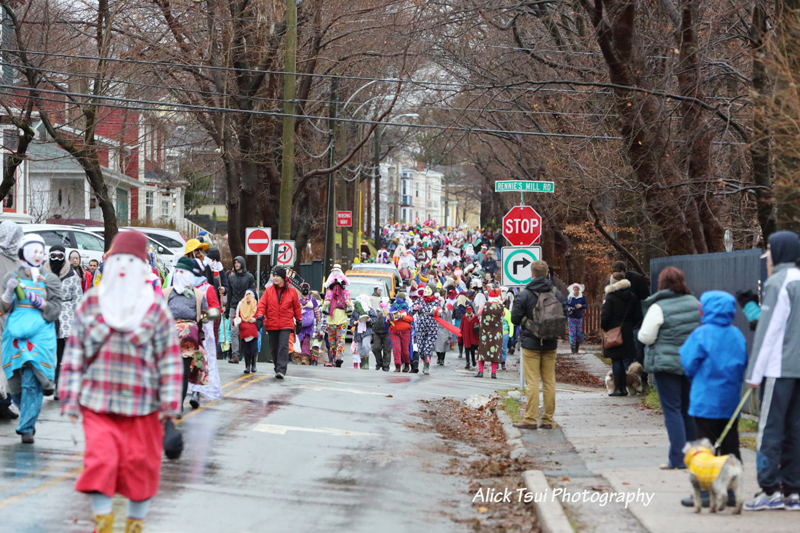 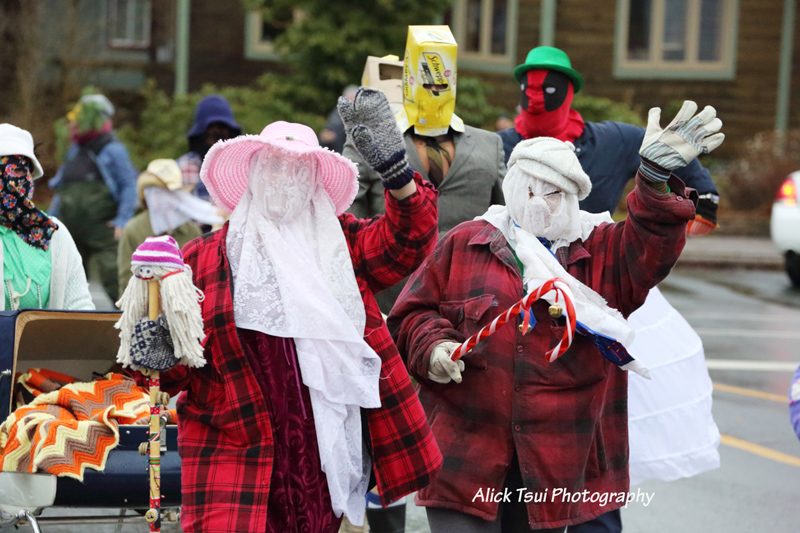 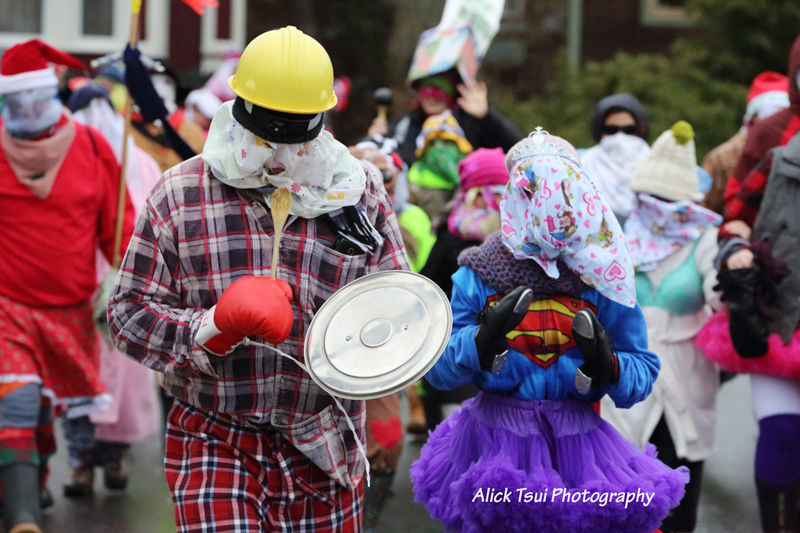 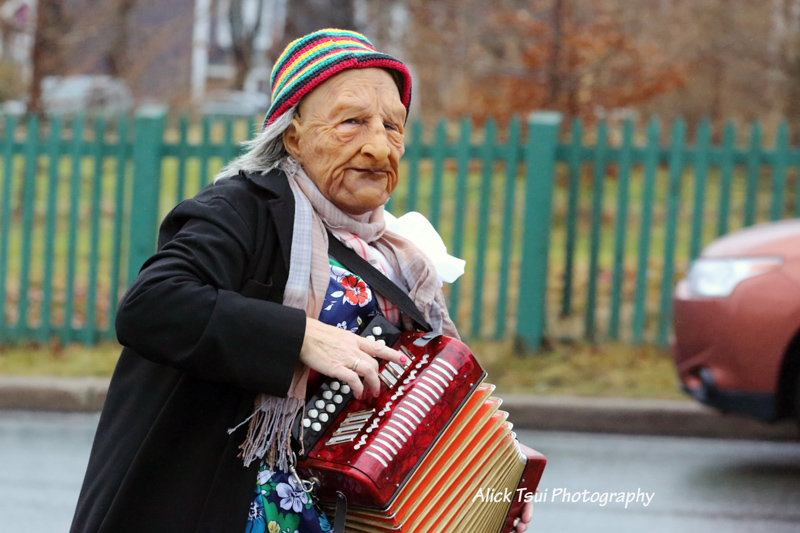 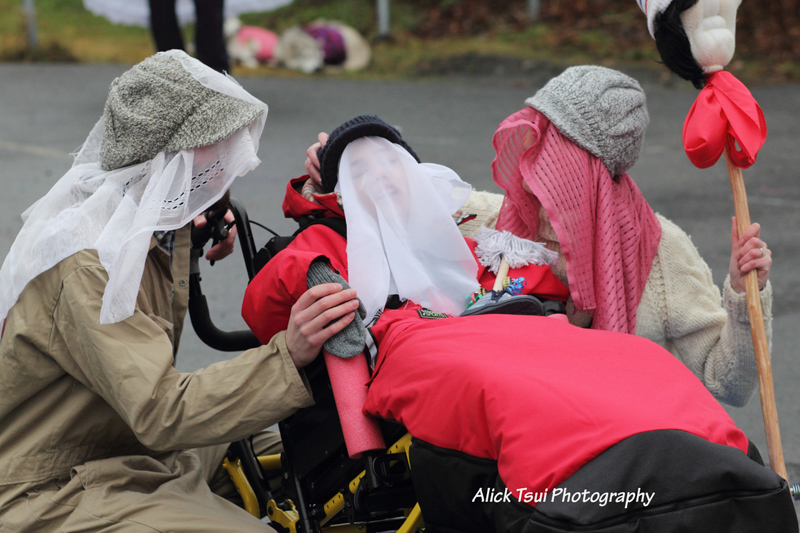 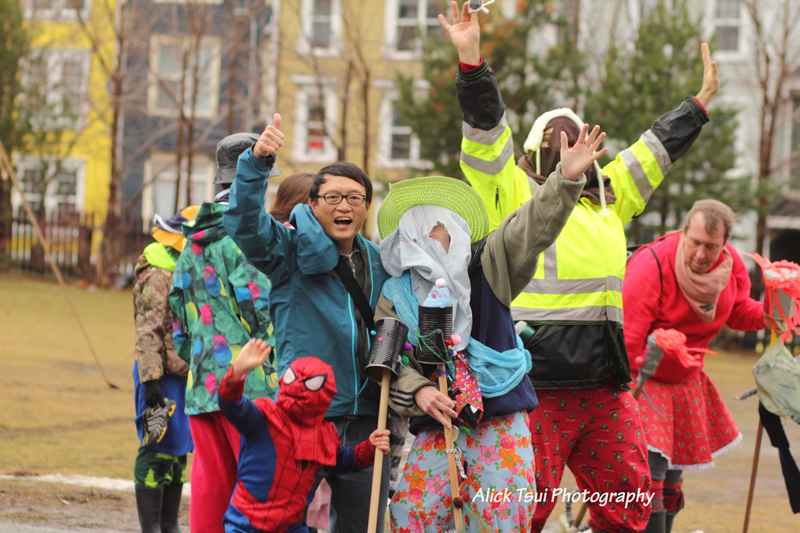 Now, if you're not from Newfoundland, I bet you wish you were!